Fratello Cigars at The Outlaw Cigar Company: I love this place.

A lot of you have seen me go on and on about The Outlaw Cigar Company in Kansas City - how big, fun, awesome it is. I've even posted pictures.  Finally I got the opportunity to actually record an Outlaw party for the record.

Kendall Culbertson, owner of The Outlaw, as he puts it, "promotes the cigar lifestyle", Kansas-Cowboy style.  The store, with its 1500 square foot walk-in humidor, two separate 3-TV lounge areas (one available to rent out for parties, including the poker table), and outdoor patio smoking area, is covered in cow skulls, six-shooters, calendar girls, photos of US Military troops around the world, and their iconic Gunslinger Cigars skeleton-cowboy, most recently courtesy of Boris Vallejo, of Marvel Comic fame, and soon to be Michael Whelan of Stephen King cover-art fame (Yes, the man who did Stephen King's Gunslinger is going to draw for Gunslinger Cigars, beat that). 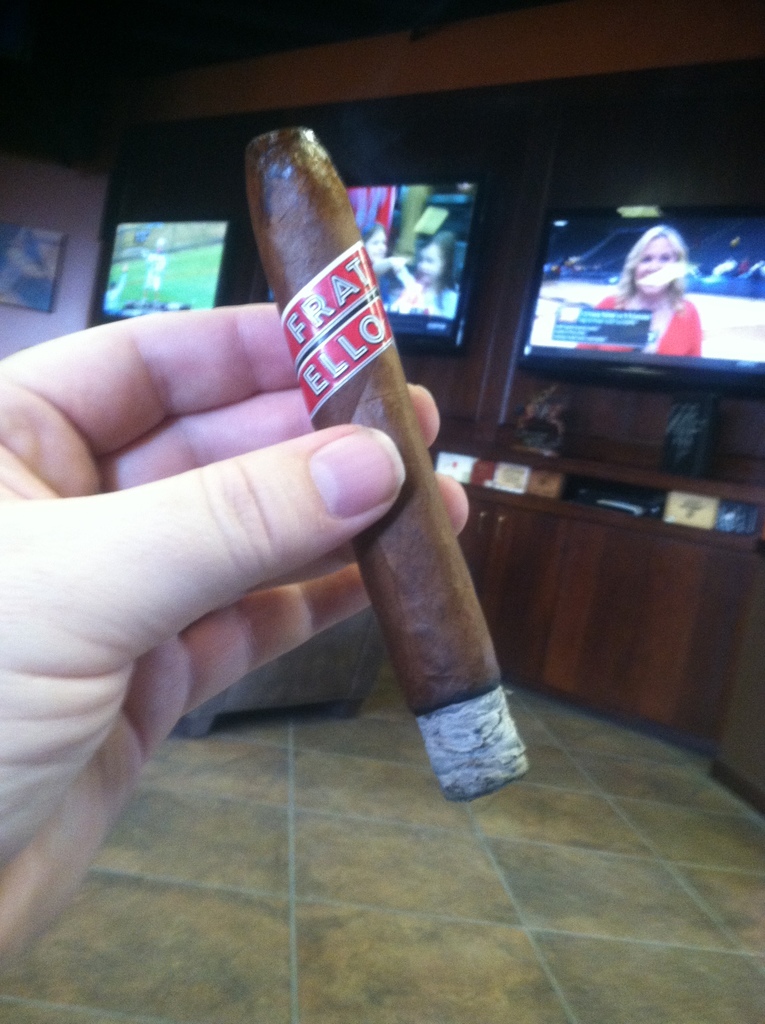 Cinderblock Brewery was there with a couple of their brews. Due to Kansas Law not allowing alcohol sales on the premises, the beer was free.  Additionally, every party is accompanied by a charity that supports wounded soldiers, who brings in Brazilian grilled chicken and other food, plus three kegs of Boulevard brews, all of which are unlimited for a $5 donation. 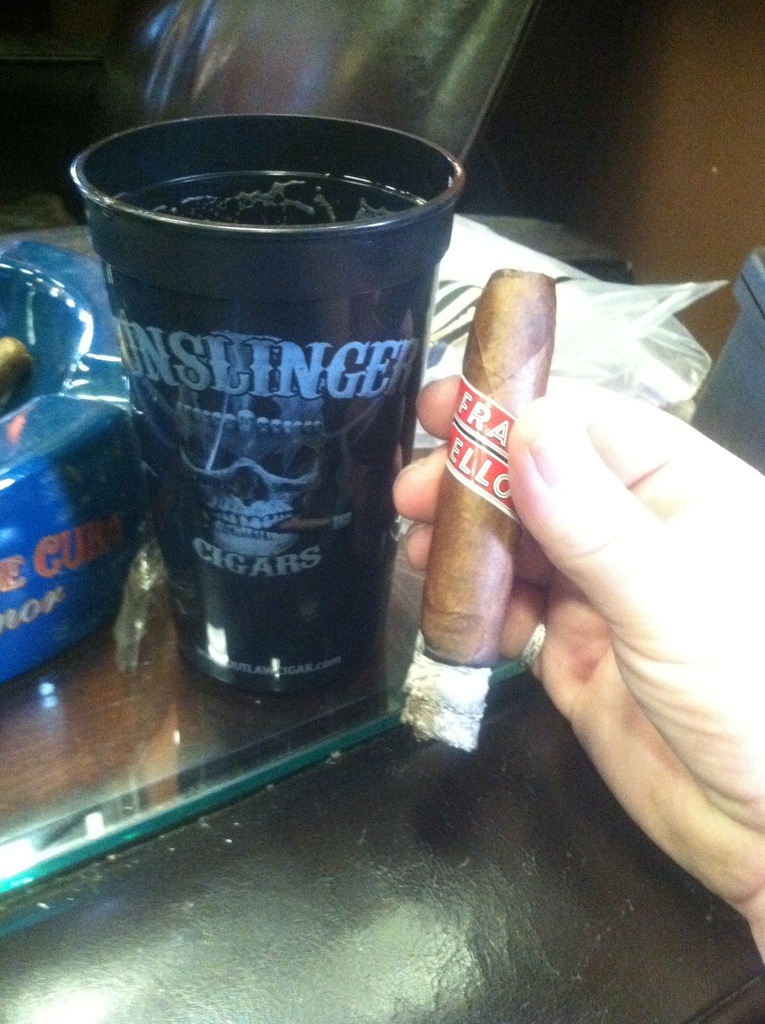 The fun came when I flashed the Cigar Federation colors like a badge of honor (or possibly like a VIP pass). 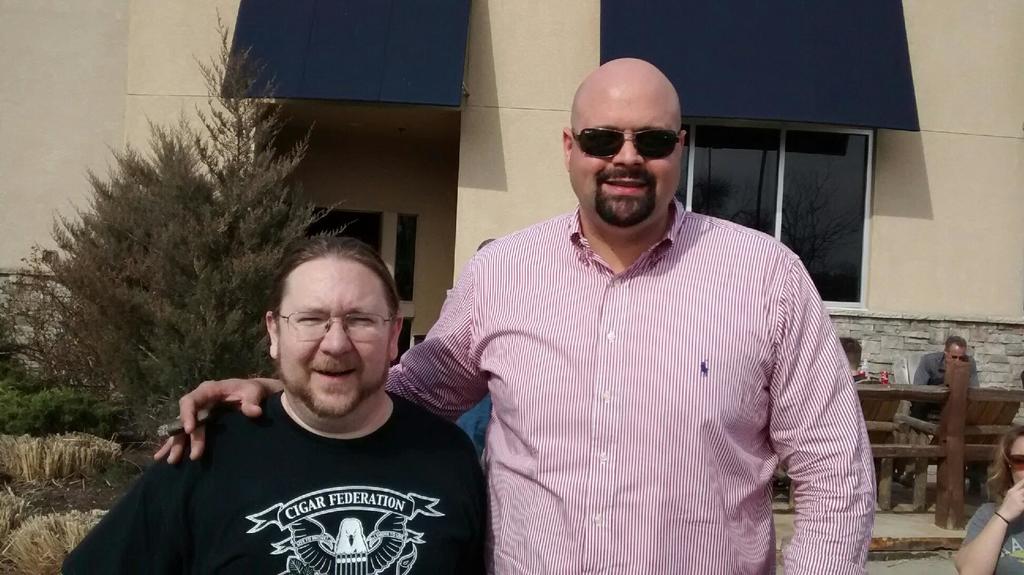 Omar de Frias of Fratello cigars, who is MUCH bigger in person (reference, I'm 5'9") was on hand for his first ever Outlaw Party and had agreed a few days earlier to do an interview, and so did Kendall. 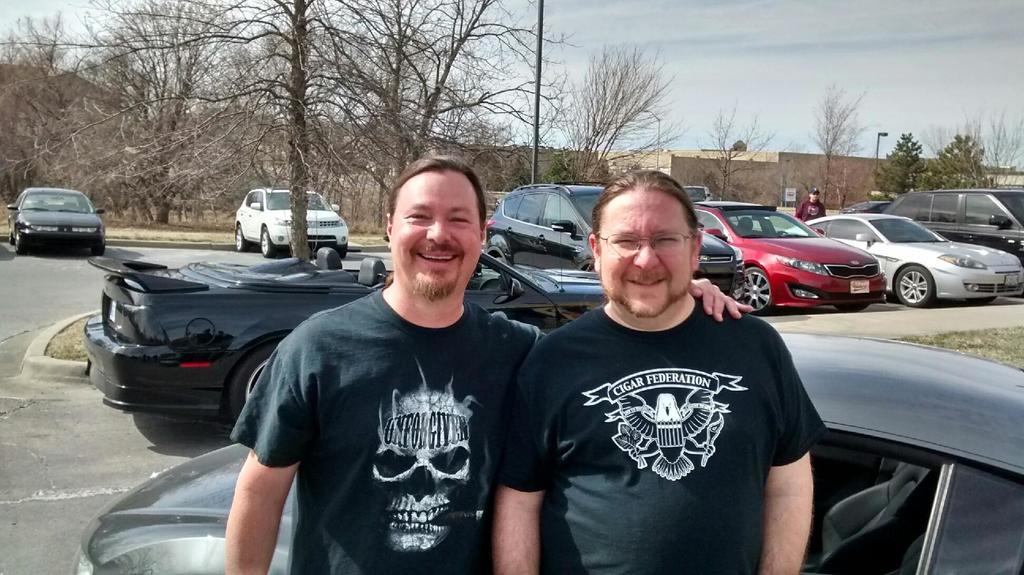 You can check out those interviews, and a tour of the Outlaw ,here.

After the interviews, my buddy Steve and I hung out with Kendall for the rest of the day, talking cigars and blending.  Kendall both owns and serves as the master blender for Gunslinger Cigars.  He travels to Nicaragua almost every month, and comes back with... tobacco. 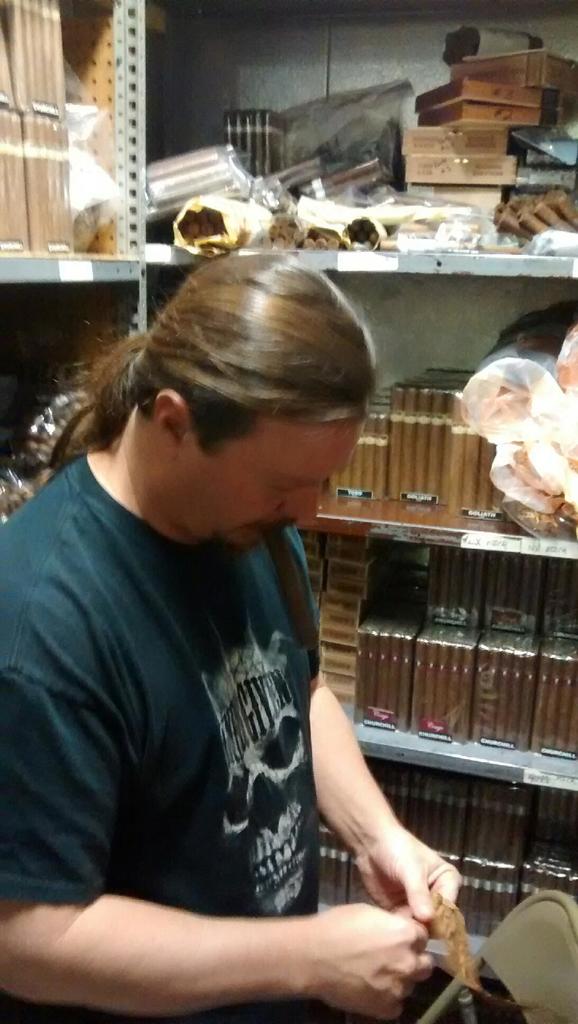 When not blending in Nicaragua, he spends time blending in this special section of the store's storage humidor.

We had an absolute blast, hanging with Omar and Kendall, eating food, drinking craft beers, smoking great cigars, and talking blending, the cigar industry, and whatever else.  If you ever get the opportunity to join one of the monthly Outlaw Parties, don't pass it up.  And if you're really lucky, you might end up with something like this: 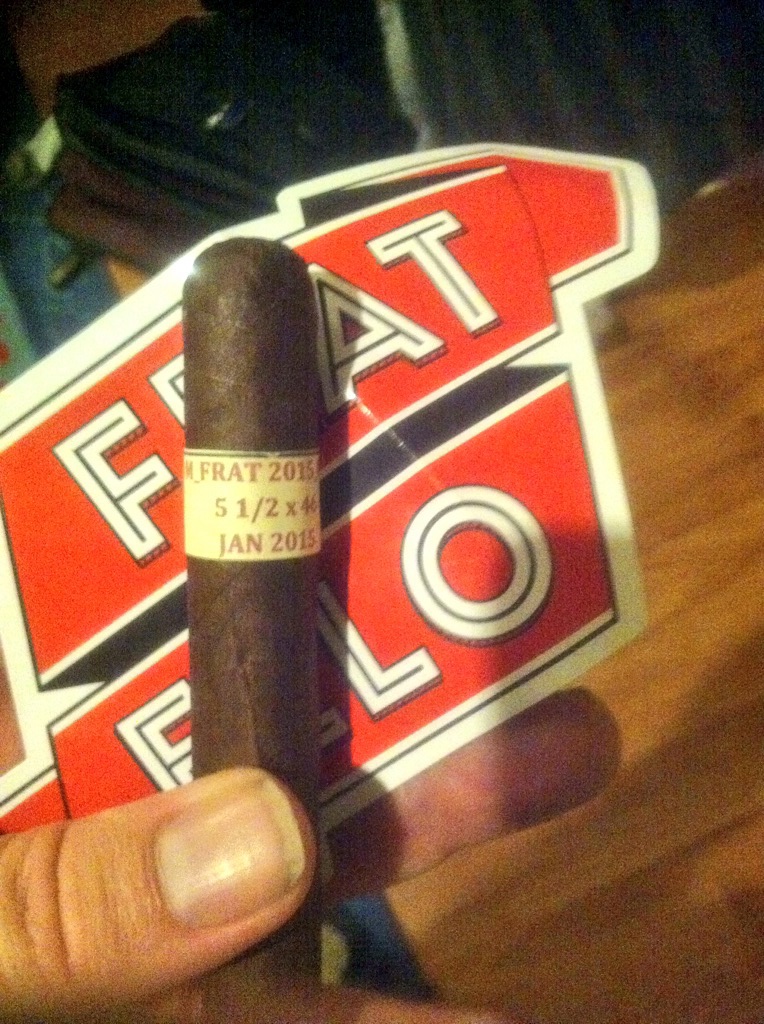 Gotta love it.  It's good to be a FedHead.

I want to go to there

Omar is one big dude.  And the more I hear about these, the more I hear good things about the smaller ring sticks.  I loved the corona, and Omar gave all the guys that work the shop one of the Stogies H-Town lanceros (jerks) and they really liked them.  I think An said he got a few and liked them. So I'm thinking this blend lends itself well to the smaller RG.  I really dug the Boxer, which is same wrapper/binder/filler, but re-proportioned to be box-pressed.  I personally thought it tasted fuller - not dramatically, but enough that it was noticeable.