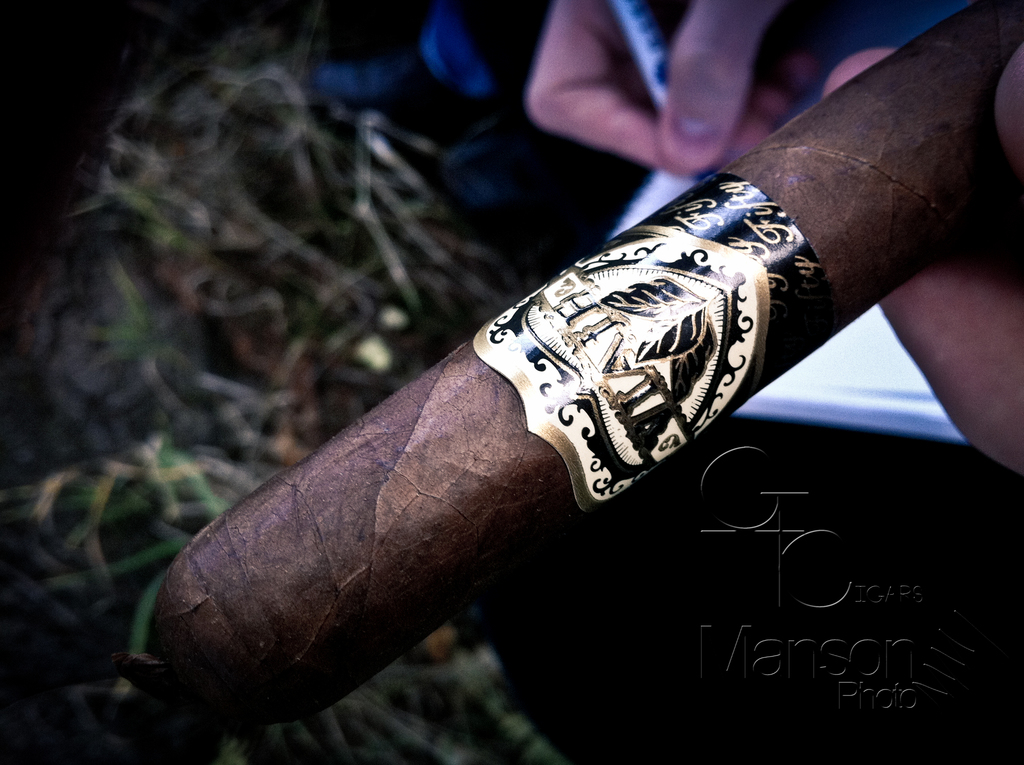 To start off I will say a little background to what the Viaje Fifty Fifty series is about. It first made it’s debut in 2009 and after that it was meant to be an annual release for Viaje. The thing that sets these cigars apart is that they involve taking two different blends which they then combine into a single cigar. Overall this is a unique concept developed by Andre Farkas and his crew at Viaje. The Fifty Fifty series has always a pair of two when released, one Black, and one Red. The difference is usually the Black Label is to be considered a more full-bodied smoke referring to the body and strength. The Fifty Fifty is usually available in 3 sizes which are:

Now lets get to the cigar itself. The Viaje Fifty Fifty Black Label has great construction to it being very smooth with a light amount of dark veins. It also has a baby pigtail to it like the previous years’ Fifty Fifty. It’s slightly heavy in the hand and when pressing upon it it has a pretty firm pack comparable to the stiffness of a very hard cousin with really no give to it kind of making me think this will have a semi hard draw.

The smell to the foot/wrapper has a light, sweet, wood smell.The pre-draw to this cigar has mild tobacco flavor with a draw that takes some effort which I predicted before by the tight feel of the cigar. As for the initial it was a sweet chocolate followed by a mild spice.

Comment by Cigar Federation on November 4, 2011 at 3:16am
Gotta love that Nicaraguan leaf!