2014 was an especially great year for me. It was my first full year with Cigar Federation. It marked the launch of my new show Sharing Our Pairings, and it was my first time being a part of the spectacle that is the IPCPR. I also found that there was a significant amount of excellent new releases for the year. It was one of the first times that I had to really struggle to pare down my list to only 10 cigars.

My goal for 2015 is to try and smoke as many of the new releases as possible to have a wider manufacturer net for the end of the year.

It pained me to not be the one to review this cigar for 2014.  I had the fortune of smoking several at the IPCPR and I was absolutely knocked over by how delicious and complex it was. Had it been on my reviewed list it would have landed in the top 5 easily. 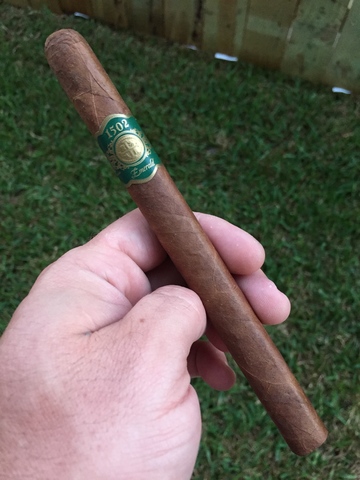 There’s only a few companies out there that have multiple releases that I enjoy across the board. Warped is certainly one of them. Flor Del Valle, El Oso MaMa, La Colmena, Don Reynaldo. The El Oso MaMa made #10 on my list, but make no mistake, my humidor is full of Warped boxes. 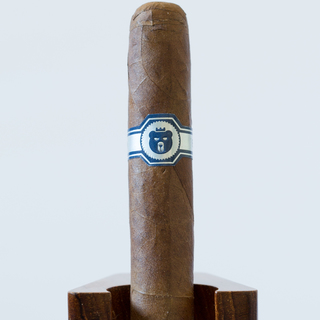 Dean Parsons blew me away as a person before he impressed me with his cigars. Before the IPCPR in 2014 I hadn’t tried any of his releases and afterwards they were all over my radar. The Epic Habano was this really great coming together of Dominican and Nicaraguan cigars which was right in my wheel house. I’ll be keeping an eye out for his 2015 release calendar and making them a priority. 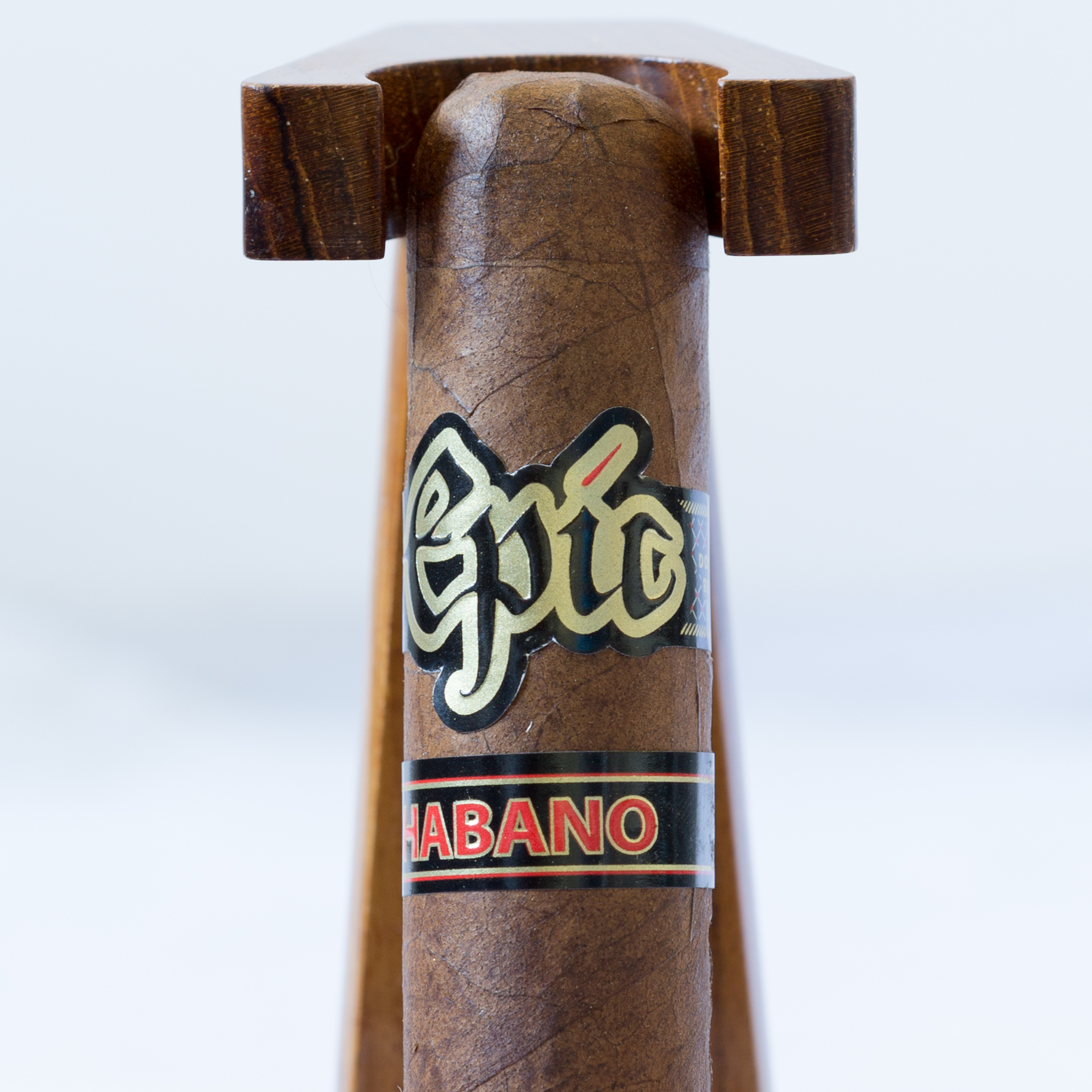 Rolled out of the El Titan de bronze factory in Miami, which features some other fantastic cigars like the La Palina Mr. Sam and Goldie Laguito No. 5, this cigar won me over in the first few draws. It was already in my good graces as a lancero release before I lit up, but it challenged my typical flavor profile and left me wanting to pick up more. 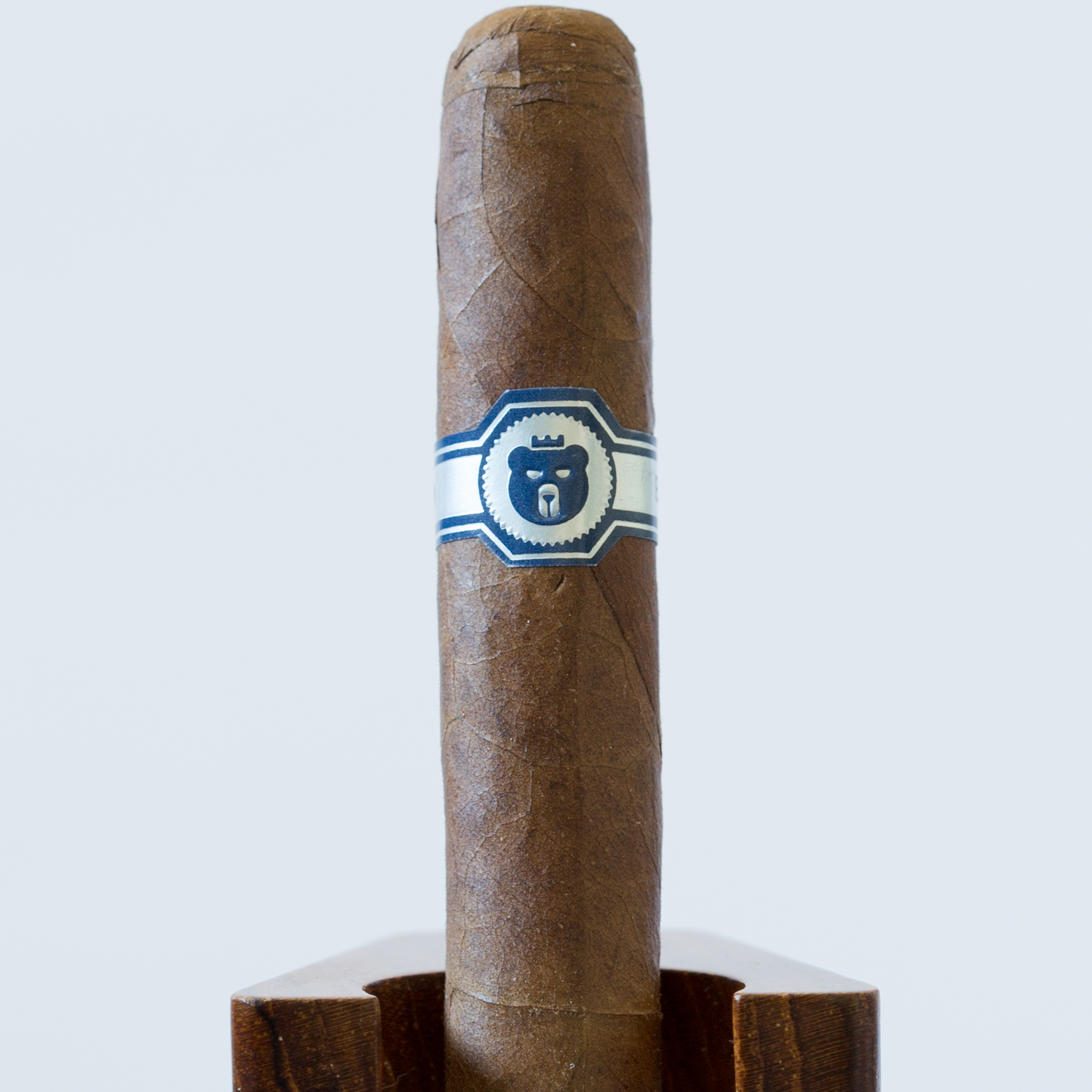 A 5 year aged San Andres wrapper, Nicaraguan filler from Jalapa, Esteli, and Ometepe. Without even lighting the cigar up I can tell you that the tobaccos fall right into the flavor profile map of what I enjoy. A brand I was introduced to at the IPCPR in 2014, this is another one that will be on my ‘buy’ list whenever I restock the humidor. Caldwell Cigar Company debuted in early 2014 and they sure hit the market with a splash. High marks across the board from all the 2014 releases, “The King is Dead” really stood out for me. I normally gravitate towards cigars originating out of NIcaragua, but this Dominican represented all the best qualities of Dominican tobacco. Did I mention that the MSRP on this was around the $7 mark? I’m excited to see what they have in store for 2015. Boo, the Surgeon is just a shill for Cigar Federation! I know, I know. But I really enjoyed this blend from Ezra Zion Cigar Company.  Besides the fact that it used an interesting San Andrés Café Claro wrapper, it had a myriad of flavors and evolution through the smoking experience that captured much of what I enjoy. It’s a full bodied, full strength cigar that will satisfy you after smoking only one. 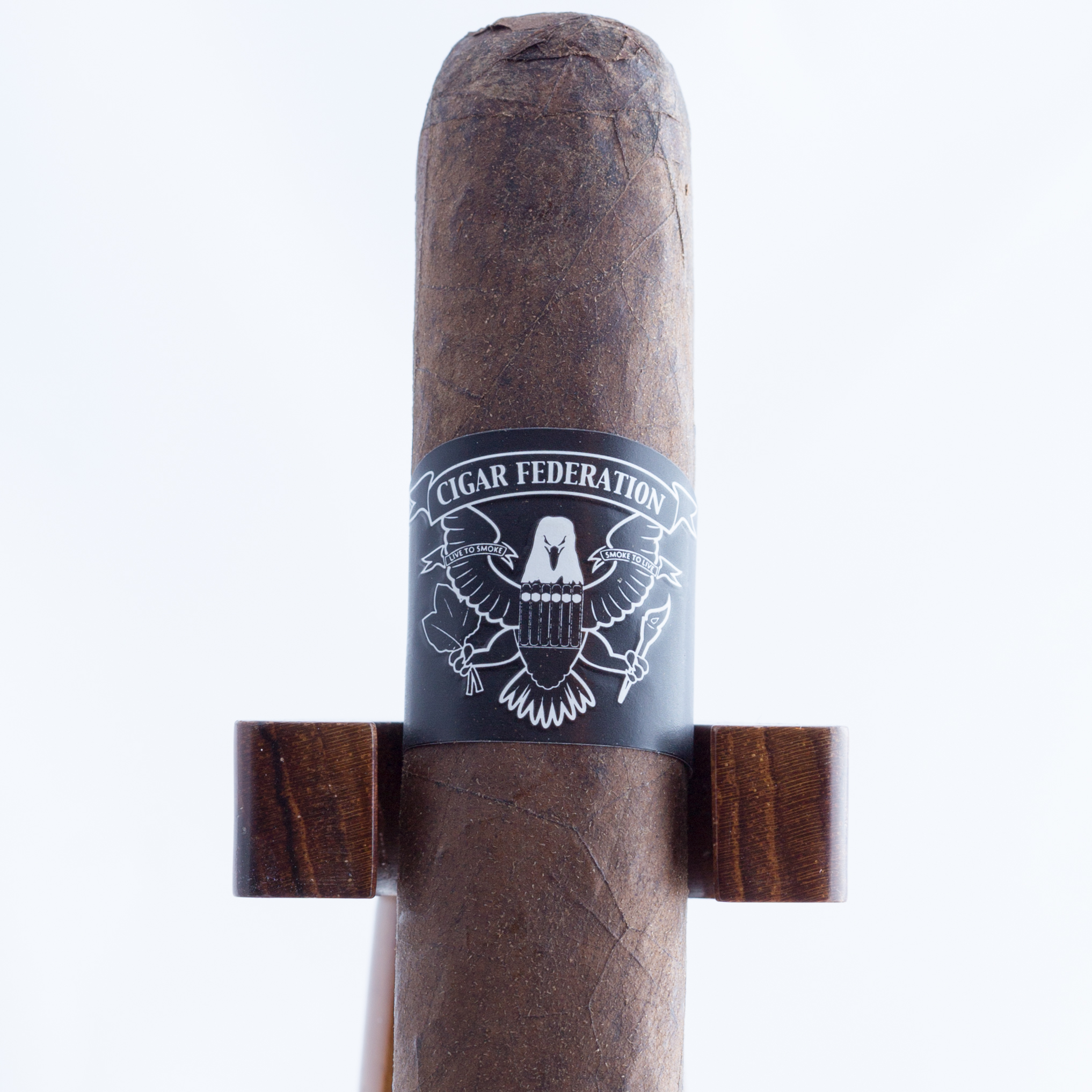 Finding a Drew Estate cigar on my top 10 list shouldn’t be surprising for anyone who has followed my reviews for any length of time. I was blown away by the Herrera Esteli releases in 2013, the Herrera Esteli lancero in 2014, and capped off with the Norteno at the IPCPR. Willy wanted to blend a cigar that was full strength and full bodied plus and I think he hit the bullseye here. Although I originally rated these as a 90 – box split they continued to grow for me at the end of the year and probably ended up in the low to mid 90s.  Willy has set a very high bar to surpass for 2015. There are times where I’m convinced Fred Rewey of Nomad is on a one man tobacco crusade to take all my money.  In 2013 it was the Esteli Lot 1386 and the S-307. In 2014 it was the C-276. At the end of 2014 beginning of 2015 it appears to be the Nomad Connecticut Fuerte. If he keeps on this trajectory I’m going to have to have a standalone humidor just for Nomad releases. 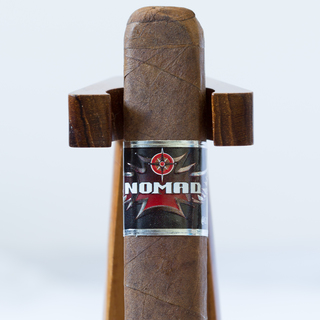 The Crowned Heads Headley Grange Drumstick ranks amongst one of the best cigars I’ve ever smoked. I’m a big fan of the Headley Grange, the Four Kicks, and I have a Las Calavares still sitting on the top of my cigar list to try out.

This was one of those cigars that had strong appeal across almost every single mod at Cigar Federation. Rolled out of the My Father factory in Nicaragua, it has a delicious San Andres Mexican wrapper and very tasty Nicaraguan binder and filler. It was smooth, it was medium bodied, and it was delicious. 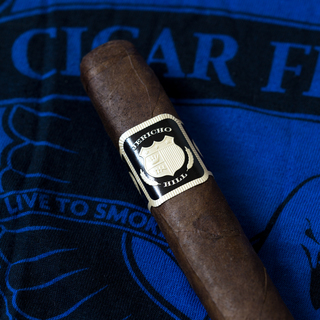 Eddie Ortega’s cigar blends are, in my opinion, some of the most unappreciated in the cigar market. The Serie D Maduro has a regular spot in my humidor, and when I can’t decide on what to smoke it’s always been an easy choice. So you could say without exaggeration that his Serie D Black release was one of the cigars I was anticipating the most at the IPCPR.

I absolutely loved this cigar and the fact that Catfish also loved this cigar should make you stop reading at this point to find your nearest B&M to buy some. Eddie stepped down the strength on this blend to medium, from the full bodied level of his Serie D Maduro, in order to make his cigars more approachable.

Given the response from the mods who reviewed it I would say he succeeded brilliantly. 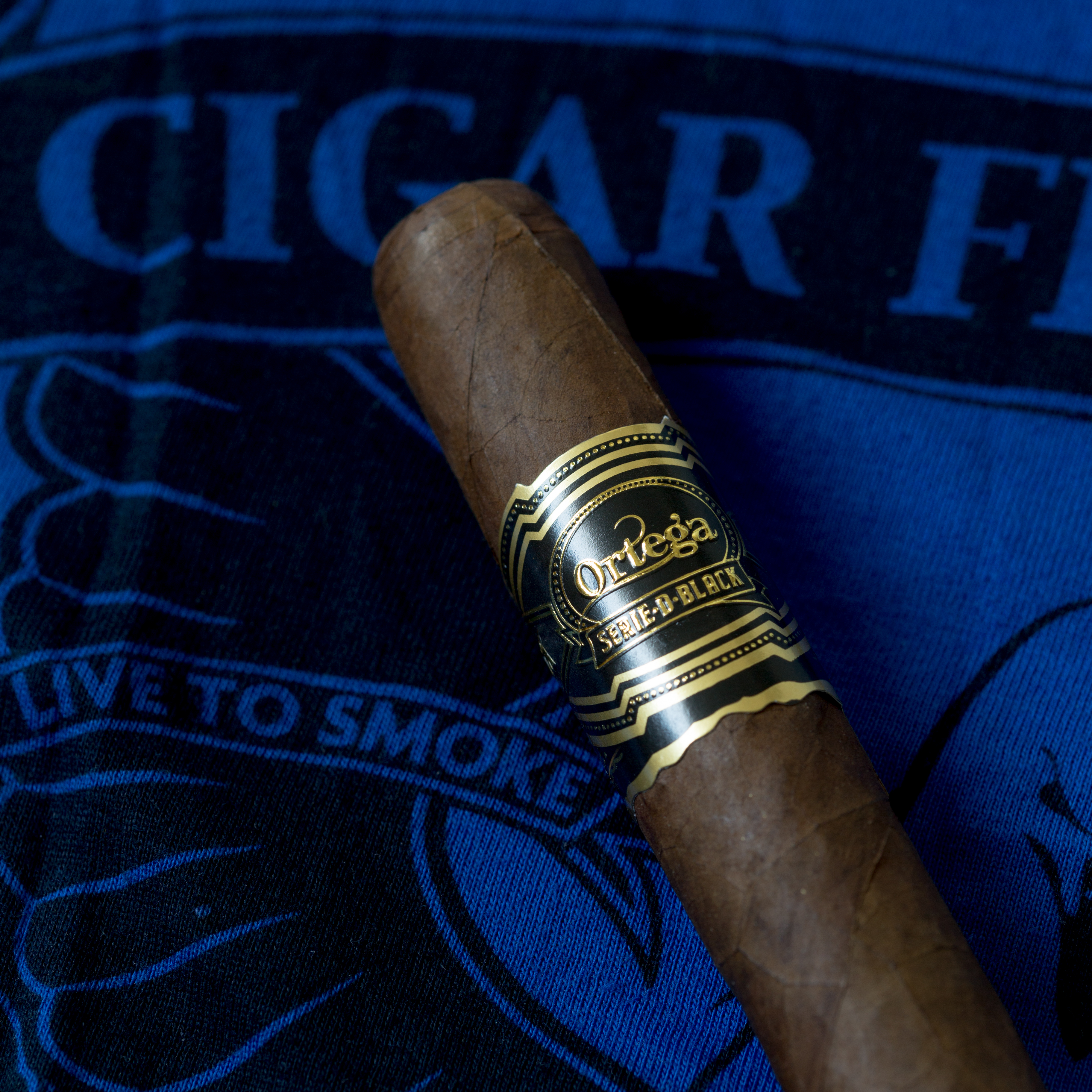 Would you be surprised if I told you the head office for Mombacho is located in Toronto, Canada? I was certainly surprised to find that out myself.

Their line launched at the IPCPR in 2014 and I was really impressed and surprised when I reviewed the Volcan Clasico. I wrote that it was delicious, subtle and complex all at the same time.

They’ll be near the top of my list of brands to check out for 2015. 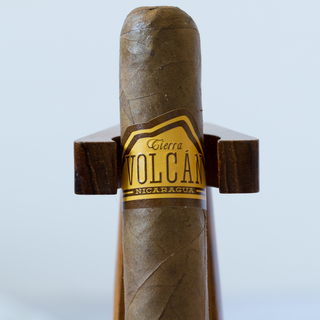 D’Crossier. How could I have waited until the IPCPR in 2014 to smoke these? It was a really great experience speaking with Santana Diaz at his booth and seeing first hand the amazing passion he has for the cigar industry.

The D’Crossier packaging is top notch, the bands are classy and after leaving their booth the L’Forte Genio was one of the cigars I was committed to reviewing.

This is another cigar that had me seeking out sources to purchase partway into the review experience. By the end of the cigar I knew it was going to rank extremely high on my list for 2014.

I’m fortunate to also have a Golden Blend sitting in my humidor which I should be able to enjoy in the next few weeks. 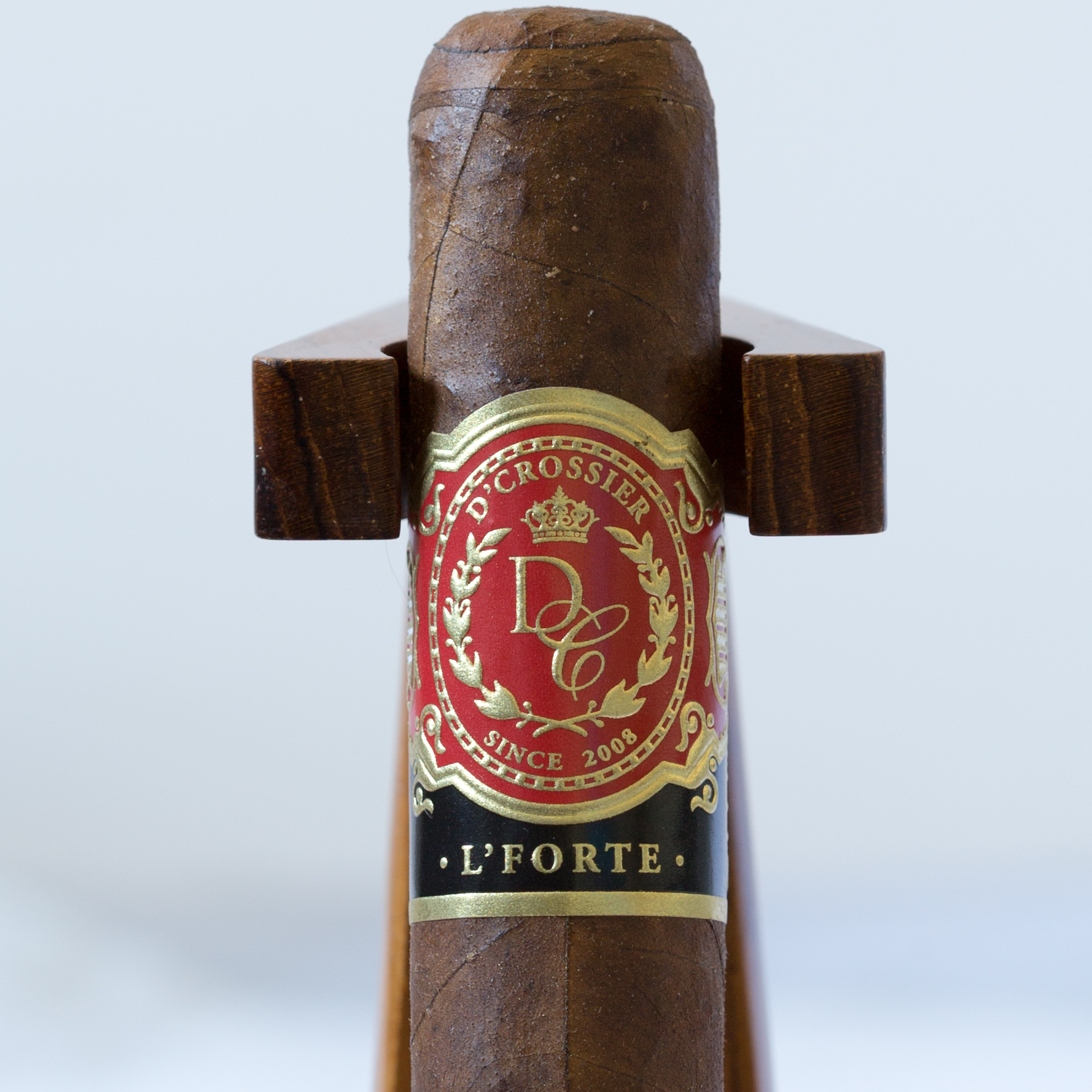 Sweet list John. I have got to get my hands on that D'Crossier stuff.

Comment by Smokin Logan (Man Angel #1) on January 23, 2015 at 8:52am
Doc I thought you won some stuff when he was on CigarChat? If not email me and I can probably hook you up.

Nice list Doc.  I have not been able to find the D'Crossier L'Forte anywhere...is this cigar for the public?

Hey Ky70, thanks so much. I think a lot of the D'Crossier stuff is limited release, so there's some lead time for it to get to market.

I pulled up a list of the B&Ms they're sold at, hopefully that should point you in the right direction.

Thanks Doc!  I appreciate your efforts.

Oops, I mean thanks CS!