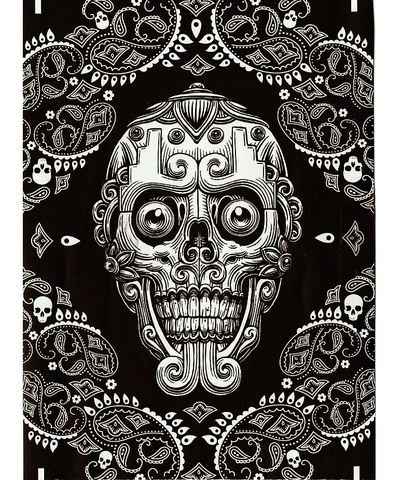 ***shown above is the "mini-poster" that is wrapped around the tissue paper wrapped cigar.***

Spring is finally here and so is our Cigar of the Month for April! This month we have chosen something from Room101 because we believe this is a cigar everyone has to try. It is called the Room101 One Shot One Kill (O.S.O.K) Filero.  Some of you may be wondering how does one come up with the name One Shot One Kill. The story behind this starts directly from who made this cigar which is of course Matt Booth along with collaboration from his friend, a southern California photographer, Edgar Hoill. His nickname is One Shot One Kill due to the fact he can produce amazing photos with one click of the camera. Edgar Hoill is most known for taking very moving photographs of Mexican border towns and slums in Cuba. He is also known for his clothing company as well called O.S.O.K. The One Shot One Kill was debuted at IPCPR 2011 in Las Vegas and was officially released this January in three different sizes that are all a Diadema/Perfecto mix. For the Cigar of the Month we chose the smallest of the three called the Filero.

The Look: The Room101 One Shot One Kill is not your typical cigar, it is not enclosed by cellophane or even a cedar sheath. It’s not enclosed by one protective cover but two! The outermost cover is basically a mini-poster once undone. It has a decorative black and white skull on it that fits the tribal theme Matt Booth is always trying to portray in his cigar lines. The next layer of defense is a tissue like paper that’s twisted at the ends like a toostie roll. Once fully unwrapped we see the cigar’s shape which is a mix between a Perfecto and a Diadema. It closely resembles to an Arturo Fuente Hemingway Short Story. The band is matte black with silver along with the abraviation O.S.O.K which is a lot different than what was shown at IPCPR 2011 in Las Vegas. Also we notice on the back is a QR code that upon scanning with a devise that has a QR program or application leads to Room101′s Facebook. I love the idea of this and I could see more people in the industry begin to use this. The pack on this cigar is a little soft and it doesn’t really snap back after releasing. Maybe this will affect the burn or maybe not. There are no veins really present and overall it just has excellent construction from cap to foot.

The Start: I began to smell the foot and wrapper and they both have the same aroma of a sweet yet mild barnyard. From that alone I can tell this is going to be a nice and rich cigar. I gave the pointed cap a straight cut even though this would also go good with a v-cut. The pre-draw has a flavor of sweet tobacco and the draw itself required effort obviously due to the pointed foot. As for the initial draw it was a really rich and creamy cocoa which can also be described as a milk chocolate.