Warped Cigars made a big impression on the cigar world in 2014.  The La Colmena No. 44 was my #3 New Release Cigar of 2014 while the Flor de Valle was up there for me as well.  With all that being said I was quite eager to get my hands on the La Colmena Unico Especial.

The Unico Especial was also released at IPCPR 2014.  In fact, it was ONLY available at IPCPR 2014.  The cigar was only made available to retailers who attended the show.  I love this idea.  Reward the guys who make the trip to the show.  It seems that in recent years many manufacturers have made their IPCPR "deals" available before the show and to just about any retailer who wants them (whether they hit the show floor or not), so it's nice to see some guys rewarded the retailers who do the leg work.  OK, i'll get off my soap box. 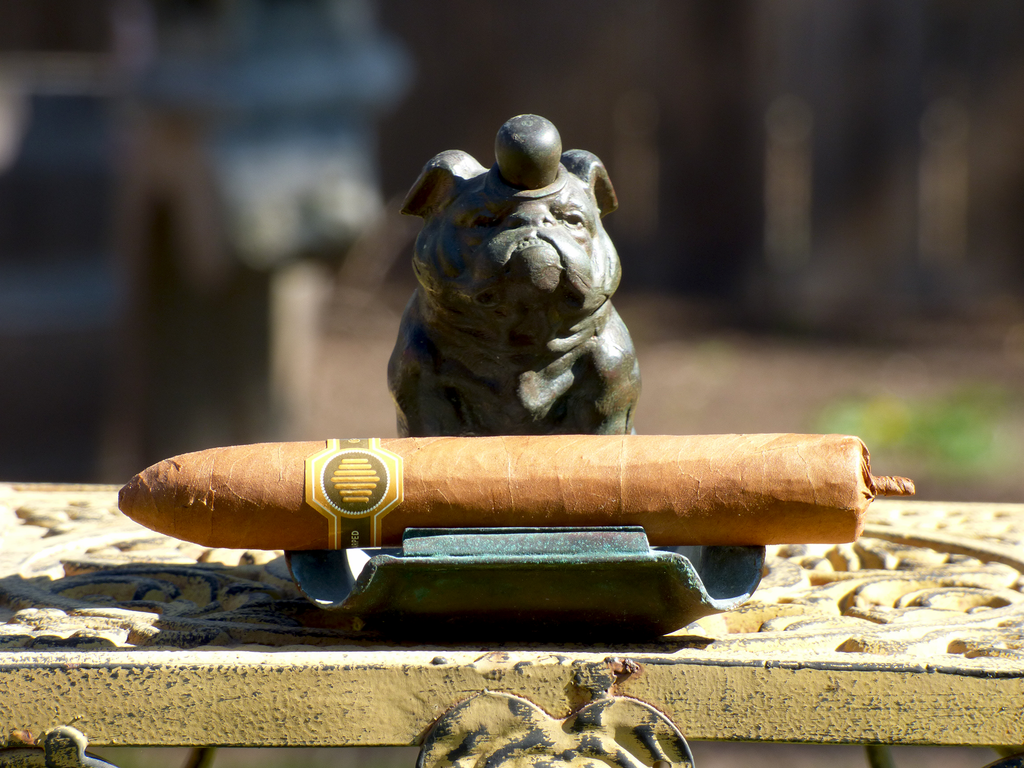 Cigars for review were purchased from Auburn City Cigars - Thanks Brett! 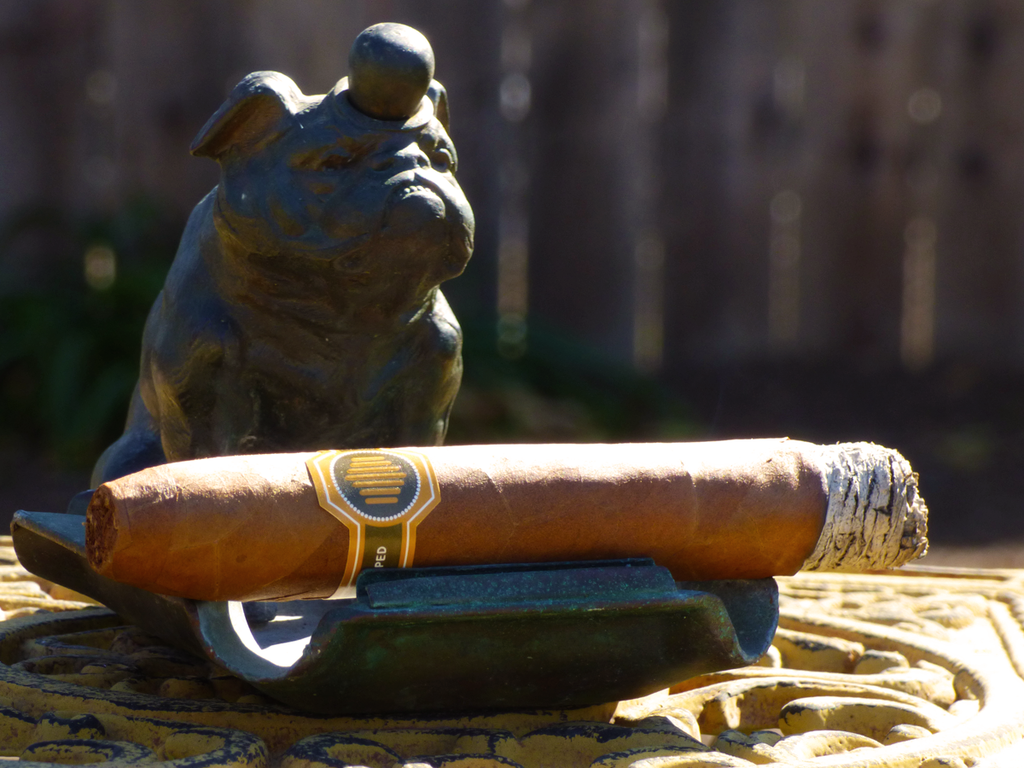 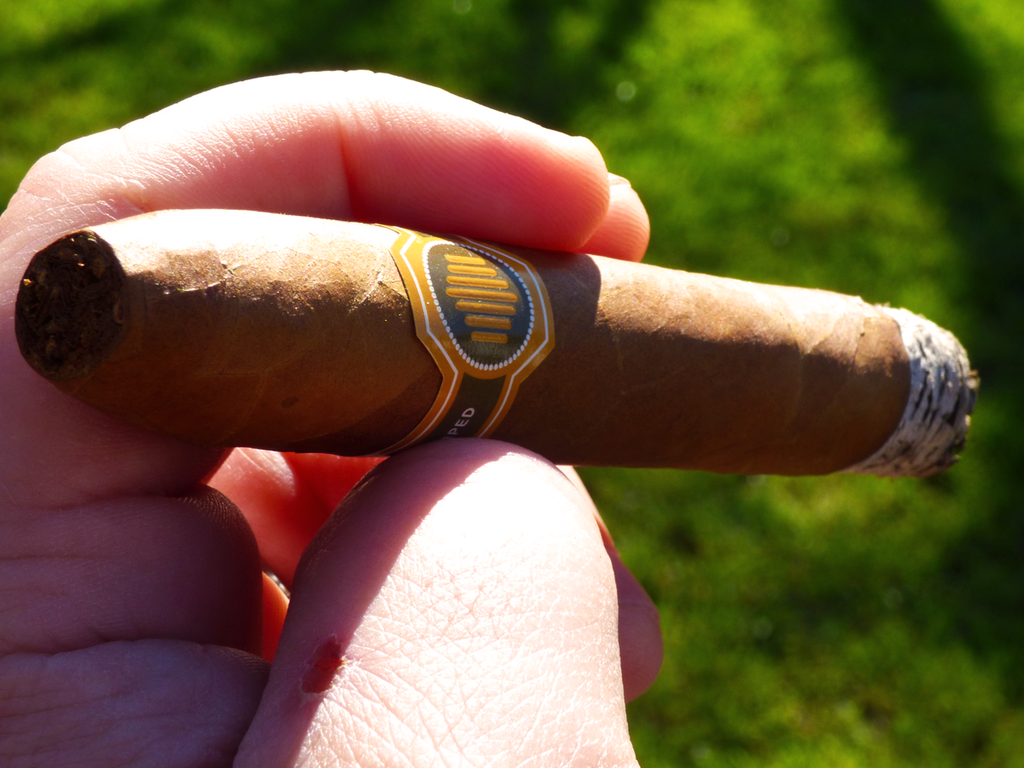 Pre-Light: I really dig the look of the La Colmena Unico Especial.  The smallish belicoso vitola is great and I really like the "stinger" foot.  The band is the same as the original La Colmena and the Ecuadorian Desflorada wrapper has a great color to it.

The cigar itself felt exceptionally light in the hand, but it was densely packed.  The wrapper smelled of bread, tobacco and mild baking spice.  The cold draw was perfect and offered up notes of mild anise, baking spice and sweet tobacco.  The construction was flawless which is exactly what I have come to expect from the folks at El Titan de Bronze.

Beginning:  I should mention that the blends are "slightly" different.  The same W/B/F are listed for each blend, but the Unico Especial was tweaked somehow, though what is tweaked and how much has not been made known.

The profile of the Unico Especial started of very similar to that of the La Colmena No. 44.  I was hit with a bold white spice on the retrohale with buttery toasted bread and mild honey on the tongue.  As the first third progressed the honey was replaced by sweet cream and a note of roasted nuts joined the fray.  At this point a mild smokey note was introduced.  This was the first real change from the No. 44 as far as flavor goes.  The white spice on the retro was a bit stronger than the No. 44 as well. 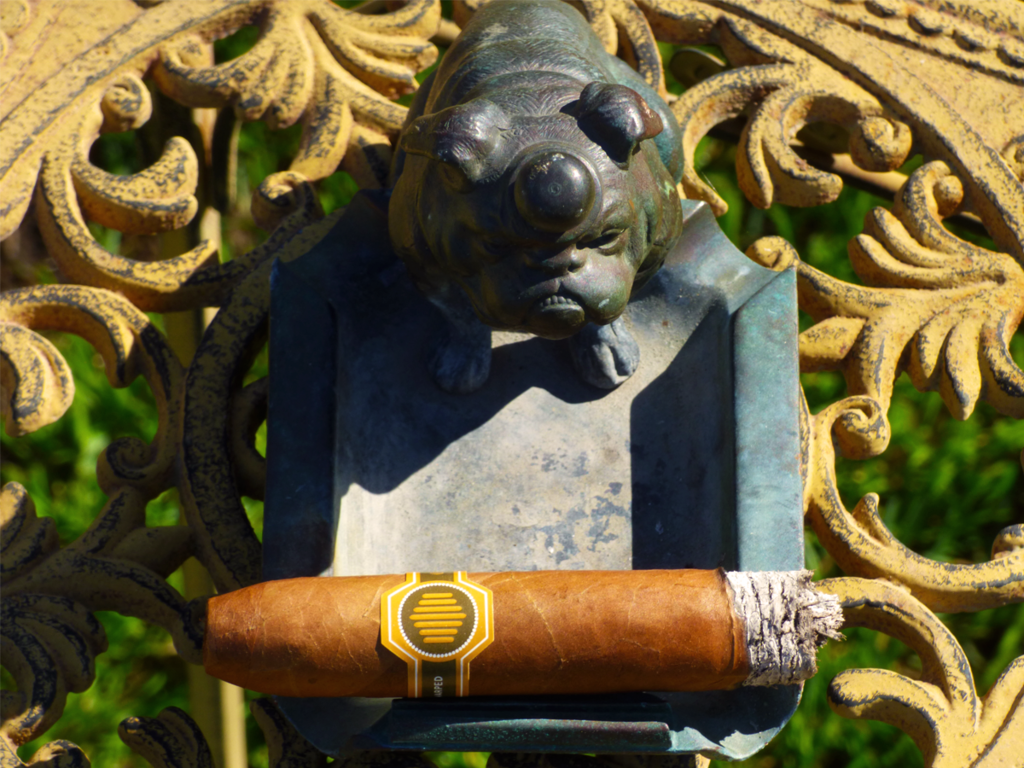 Middle:  The spice remained highly present while the sweet and nutty notes combined into a nougat flavor that I absolutely love.  A note of cedar was present as well.  It was never a major player in the profile, but it added a nice earthy element.  The aroma took on a rich nutty scent and was quite pleasing.  This was one of those rare times that my wife came outside to hang out while I was smoking a cigar.  She never does that, so that should tell you about the aroma.

As I hit the mid point the white spice took a big step forward and tipped the balance scales.  This is when the Unico Especial separated itself from the No. 44.  It reminded me of the way the Herrera Esteli Lancero is different from the Lonsdale.  I felt that the Lancero took on too much spice for my palate and lost its balance while I absolutely loved the Lonsdale.  In this instance I felt like the spice on the Unico Especial was a bit overbearing while the No. 44 was one of my favorite cigars of the year.

End: There wasn't a ton of movement throughout the remainder of the cigar.  The white spice was the star of the show while the nougat and cedar played second and third fiddle.  The burn and construction were great and I was able to smoke this one down to the nub with no issues. 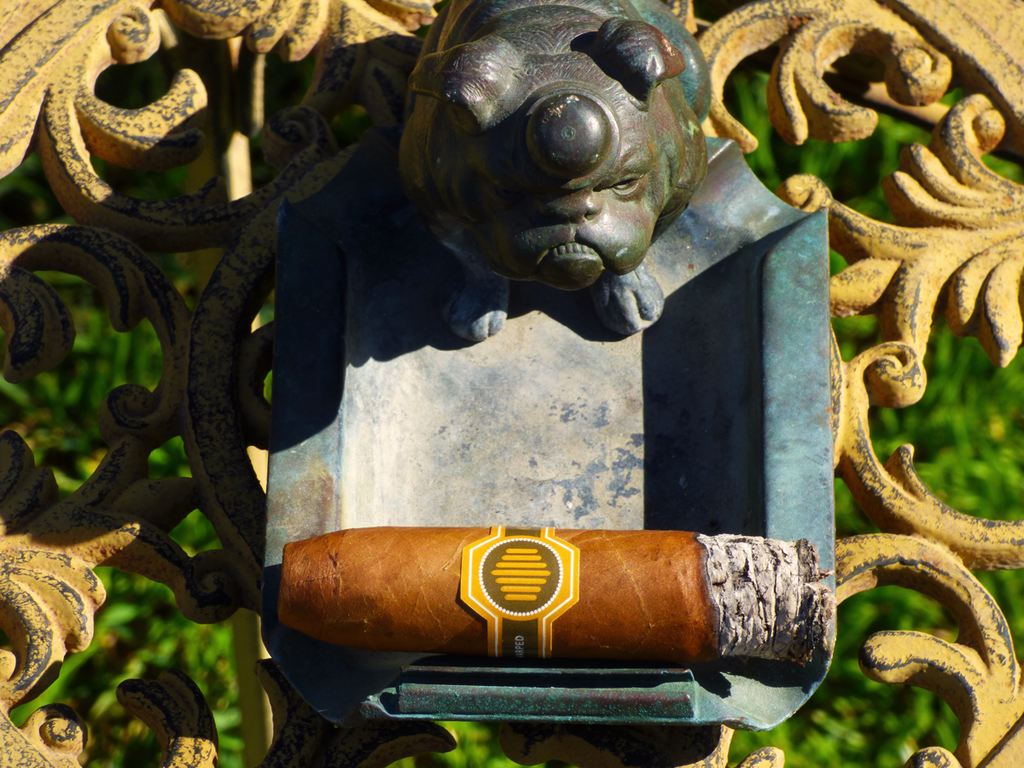 Final Thoughts:  The cigars hold the same namesake so I have no choice but to compare the La Colmena Unico Especial to the No. 44.  To put it simply, the Unico Especial is a more aggressive version of a great blend.  The spice (and maybe even the strength) put the Unico Especial on a higher intensity level and I think most folks will enjoy that.  I prefer the No. 44, but we're talking about two great cigars here.  As I said before, the comparison is similar to the HE Lonsdale and the Lancero and we all know how popular the Lancero is. 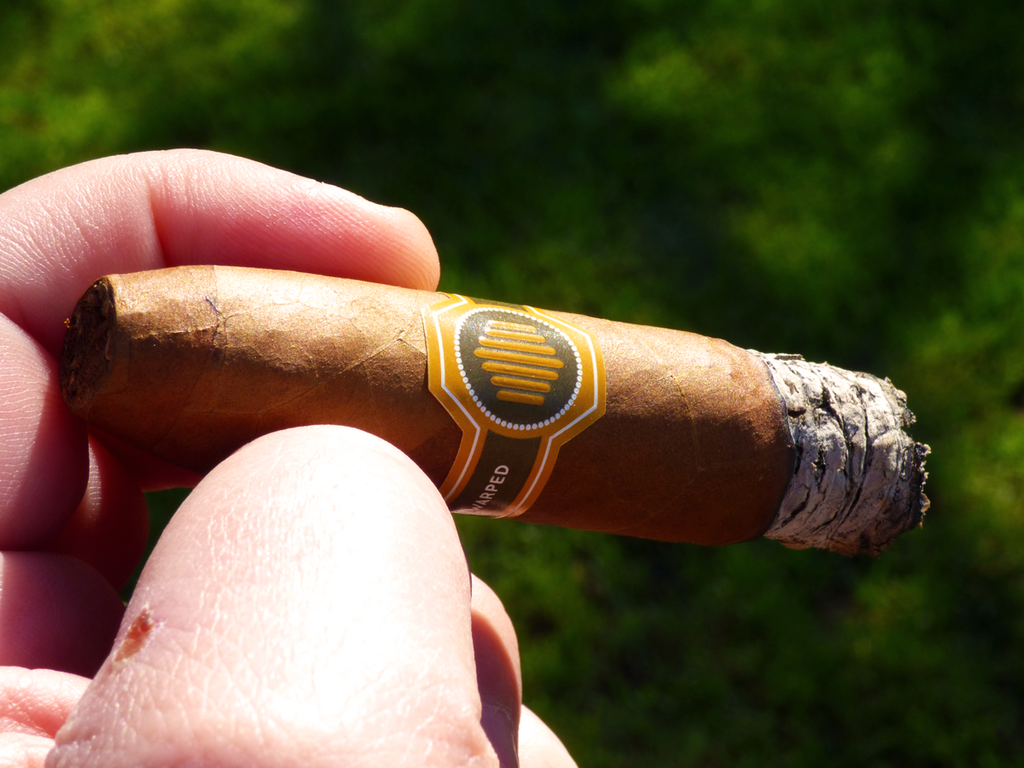 I found the La Colmena Unico to be a rather enjoyable cigar.  It just so happens that I am forced to compare it with one of my favorite cigars on the market, so the deck was stacked against the Unico Especial from the beginning.  In fact, I think it will be a more popular cigar for many cigar smokers.  Folks nowadays want more strength and spice and the Unico Especial delivers!  My palate prefers the sweet and nuanced profile of the No. 44.

It is among one of my favorite cigars, the only shame is it is not bigger!!! :D

Thanks for reading An!  Yeah, I can see a lot of folks gravitating to this one more so than the core sizes... For me that No. 44 is hard to beat tho...

I dig that 44 too!  I only had one but it was memorable

That 44 is a favorite, KY... i picked up a box and will probably end up with another before too long...

I very much agree with you Rob! No.44 is the cream of the crop, best of the La Colmena, I do like the petit belicoso size but I'm a corona fan. I have seen tins going for $110-120 lately...Great review bro.

Just nubbed one of these and my experience was very similar to your review. A very enjoyable hour-plus smoke.