I love getting oddball cigars for review, especially ones with odd packaging and European flash.  I love me some mild-medium blends, and the Euro’s are all about it, so when Rob hit me with this Royal Danish sample, I was intrigued from the get go.  I will be honest, it did get lost in my sample humi, which currently lies at about 300-400 at any time.  However, the owner of the company hit me up on Instagram about cigars in general, and that prompted me to go find it when I realized he was with the company.  The history of cigars with the Danes seems to go back centuries, with a boom hitting in the 60’s as well.  Royal Danish’s website goes into vast detail into the lineage of cigars in Denmark.  Jan Von Vistisen is the man behind Royal Danish, and his portfolio of cigars has nothing short of a regal appearance.  The packaging on my sample was insane, check it out: Apparently it looks as if I smoked the Regal Blend Double Robusto, and the wrapper is both Connecticut and Maduro.  I could not find much blend information, or where the tobacco came from, so hopefully Ic an get that information in the future and touch base with these guys at IPCPR.  I know Bill has smoked one of their gold cigars, so maybe he can chime in with some info as well.  These guys are all about blending in the Danish tradition, and one look at their website will tell you they are deeply rooted in their history. 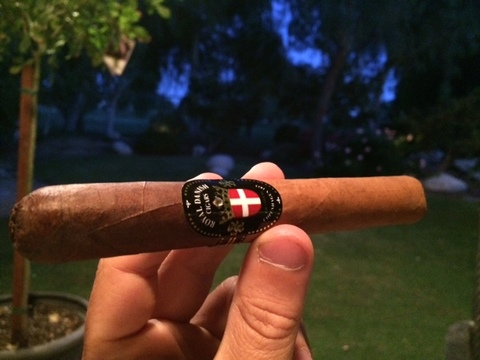 Dry Draw: I swear to God it tasted like a raspberry chocolate from a Sees Candy box First Third: The Regal Blend had a rather mild beginning, which is consistent with old Havana blending styles.  A nice toasty beginning, with light roast coffee, and a salted caramel appeal through the nose.  The flavor was rather full for a milder profile on the draw.  The coffee notes on the draw picked up significantly, with hints of nuts as well.  The salted caramel note really intrigued my palate with hints of sugar entering as well, and the retro burned ever so slightly to awaken the senses. 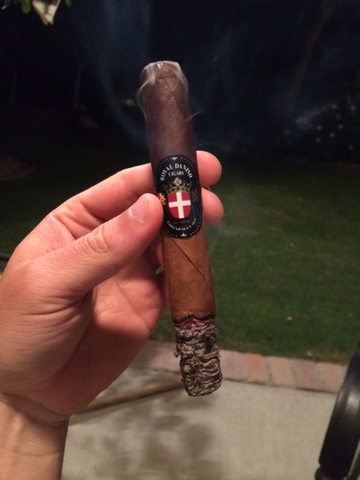 Second Third: The salted caramel taste is in full force at this point, with a little less sugar.  The nuts turned to walnut flavors kicking in on the finish.  The body had calmed down a bit, and became a tad bit creamier overall.  Cocoa flavors seemed to be creeping in as I neared the maduro part of the wrapper as well.  Another very enjoyable third. 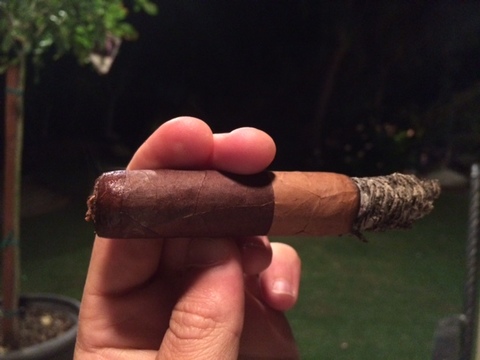 Final Third: Sweetness began to enter the game, with the retro grabbing more complexity.  The sweetness settled on both my lips and palate, and when the wrapper changed, the cocoa slammed open a new door.  Immediately, dark cocoa and espresso notes enveloped my mouth, with a peanut note hitting the retro tail.  I could feel the Regal Blend now, and the nicotine was starting to kick in.  For a medium cigar, it had quite the kick, and the finale lived up to the packaging. Final Thoughts: What a cool cigar really.  This is blended more for the European market obviously, and I think full-bodied smokers may not appreciate the changes that take place in a blend like this.  This is a cigar geek blend really, as the flavors are delicate and pronounced, with distinct changes.  I would absolutely buy more, and would love to find out more about the company.  I am very intrigued to say the least, and this is the type of blending style I enjoy. 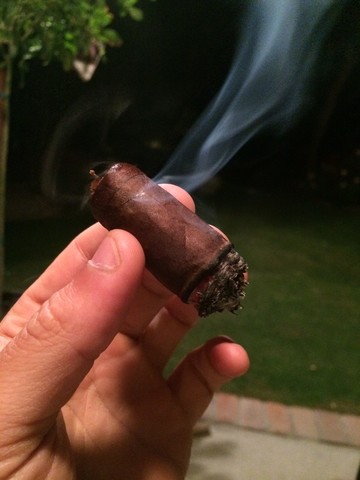 I read about this cigar a while back and saw that they are like 20-30 bucks a pop. Little over the top with the branding if you ask me(ribbon, huge foot band, dual wrapper) but great review.

Sounds deliciously different—will order some. Thanks for the detailed review!