The Roberto P Duran Premium was released during ICPRP 2014.  After the release of the Azan line in 2013, Roberto felt it was time to add a super-premium cigar to his portfolio.

“The Roberto P. Duran Cigar Brand has been a long time in the making. We used the absolute best tobacco available and we delayed the release of this cigar as we wanted to make absolutely sure that it was the best expression of a super-premium cigar.” - Roberto P Duran

The Roberto P Duran Premium features an Ecuador Habana Criollo wrapper that is grown on Roberto's plantation in Ecuador.  The binder and fillers are comprised of Nicaraguan tobacco and "other Latin American tobaccos."

We had Jack Torano on CigarChat back in November and we talked about the many things going on with Roberto P Duran cigars. 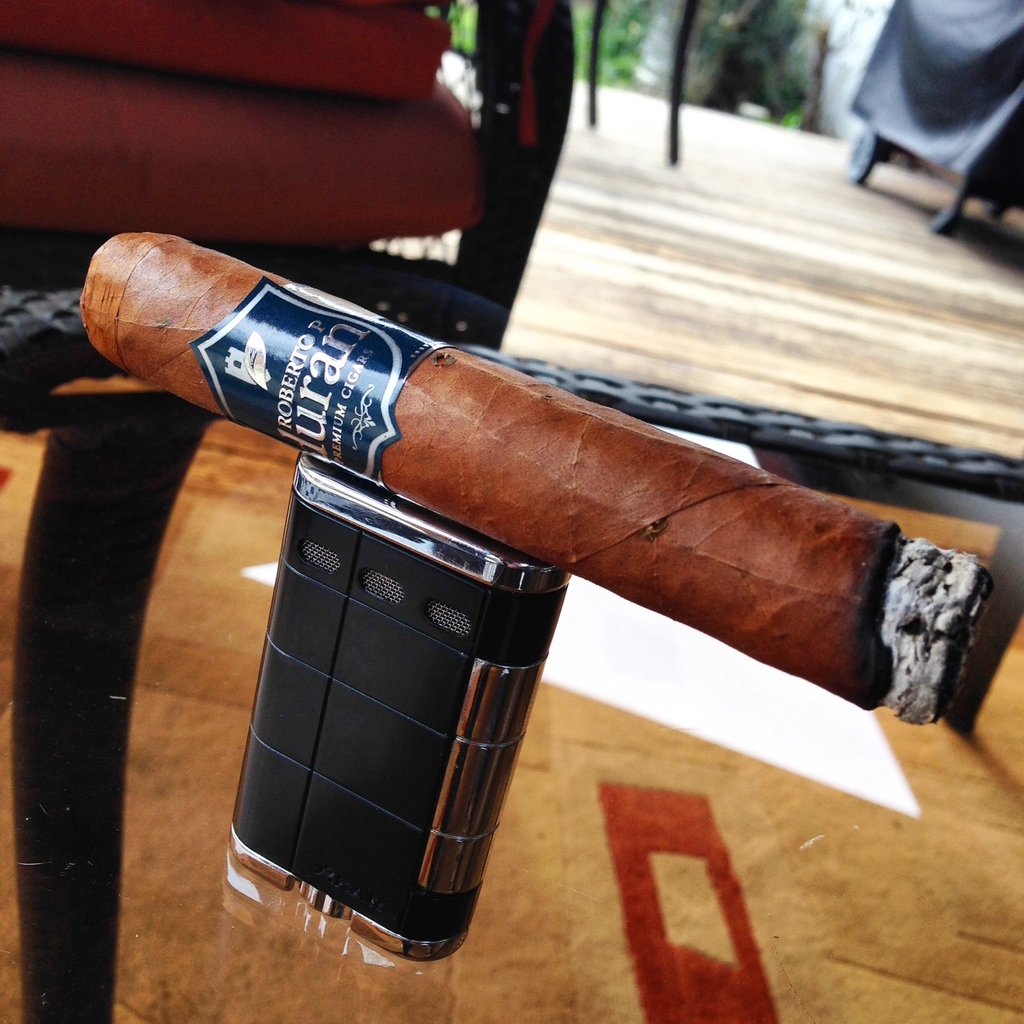 Pre-Light: The Roberto P Duran Premium had a solid feel in the hand.  The cigar was densely packed yet offered an effortless draw.  The Ecuadorian Habana Criollo wrapper had an outstanding Colorado color and smelled of graham crackers and cedar with a mild fruit note.  The cold draw was smooth and tasted of sweet tobacco and dried fruit. Beginning:  The flavors at the beginning of the Roberto P Duran Premium were probably the only thing I didn't like about this cigar.  There was a hot white pepper spice on the retrohale that really skewed the balance of the first third.  The profile underneath the pepper consisted of notes of buttered toast, cedar and honey.  The texture was creamy and we all know I like creamy.  The only problem was the overwhelming pepper.  As I progressed through the first third, the pepper began to calm down and the amazing array of flavors were allowed to shine through.  This is where the cigar reached a new level of awesome.

Middle: The spice cooled off considerably at the 1.5 inch mark and the cigar really took off.  Notes of toasted tobacco and bread were present along with creme brulee style sweetness.  The buttery texture remained and there were some mild citrus notes in there as well.  As the pepper waned, the different parts of the profile were able to balance out. When this cigar found its balance, which was right about the 2 inch mark, it became a phenomenal cigar. End:  The pepper rebounded a bit and regained a bit of its former strength.  Thankfully it didn't rebound too much.  The profile maintained its balance of earth, sweet and spice through the finish.  I nubbed this one with only an inch to go.  It started to burn my thumb so it had to go out.

Final Thoughts:  This Robert P Duran Premium has the potential to be really freaking good and in many ways it already is.  After the initial pepper blast the profile settled into a beautiful balance of earth, sweet and spice.  The construction was spot on.  The draw was smooth and while there were a few wonky moments, the burn was pretty good.  The strength settled in the medium range early and never wavered.  In short, the Roberto P Duran has a full flavored, creamy profile with medium strength.  If that isn't a "Rob cigar," then I don't know what is. 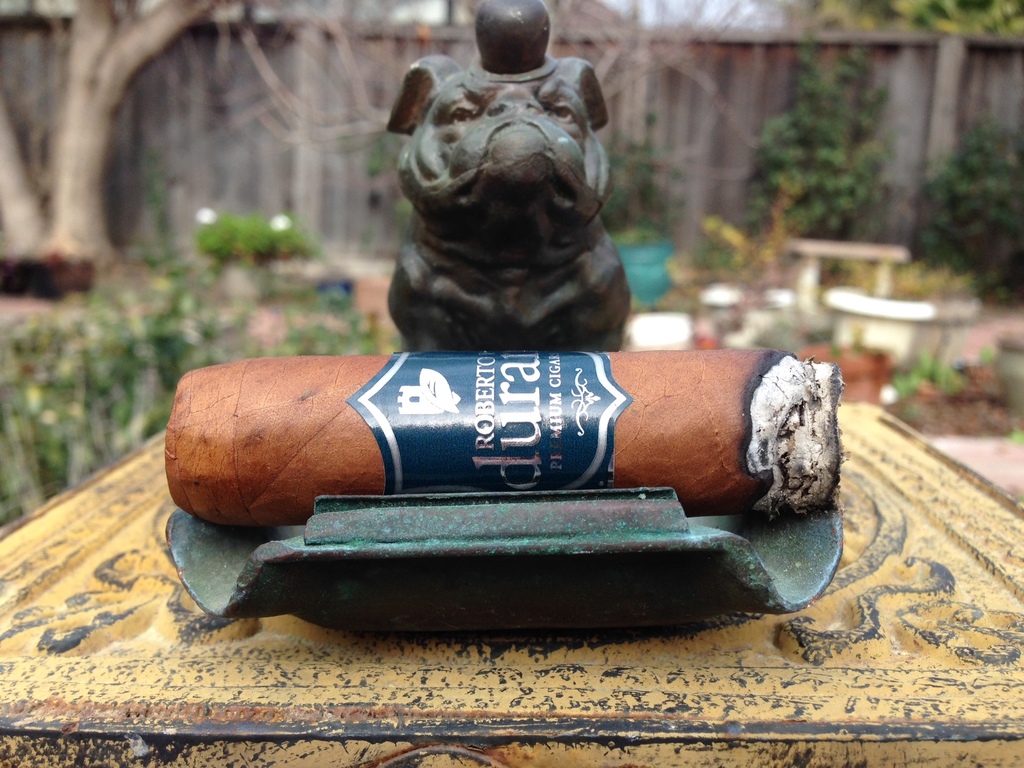 With six months of rest I think this will jump into the "box buy" realm.  The only thing that threw me off was that blast of pepper at the beginning.  When that calms down this cigar will become amazing.  It's quite good as it is and I think it's only going to get better.

Sounds like winner to me, Will have to see if my shop carries them or not. Curious to buy a couple smoke one and rest the other and see if there is a difference.....nice review Rob

Thanks Doc... I think we were talking the other day about you winning a box of these... right?  I'd left half of them rest another 6 months...

Yes, that's right. Going to spread a few to a couple Fedheads and set the rest aside. I will probably revisit in about 3 mos. just to get a feel for how they are aging. #wqwowu

nice... i can't even pretend to know what that hashtag means...

did you win those on CigarChat?  we give away some many sticks, I can't keep up

I cant believe we finally agree on a cigar....the planets must have aligned! I feel these are upper 80s now but with 6 months or so could surpass the 90 mark...great potential.

yeah Charlie... just the latest sign that the apocalypse is upon us...

the wrapper reminds me of the espinosa La Aranja