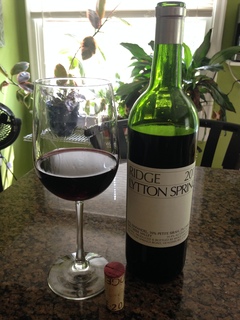 A wine review on Cigar Federation?

East of the Russian River in Sonoma County, California is Lytton Springs. Lytton Springs has had Zinfandel and complimentary vines since the turn of the 20th Century, and it was acquired by Ridge Vineyards in 1991. What is interesting is that Ridge actually made its first Lytton Springs in 1972, even though they did not own the vineyards. Ridge Vineyards has been around since the late 1800's, and while it did not have the same name, it was original Monte Bello Winery, the original vineyards and winery were acquired and became Ridge Vineyards. Their Cabernet, Monte Bello, won fifth place in the 1976 Judgement of Paris. (Vintage 1971) Today, Ridge Vineyards is known for its Zinfandel and Cabernet, but like most wineries they make some wines from other grapes as well. 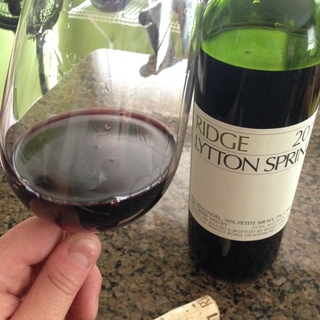 The Lytton Springs for this review comes from a 2011 vintage, and it is 82% Zinfandel. The remainder is: 16% Petite Sirah and 2% Carignane, and it all is Dry Creek Valley. The grapes are harvested between late September and late October, and after fermentation are put in barrels for aging. The barrels are 100% air-dried American oak barrels (25% new; 55% one, two and three years old; 20% four years old), and the wine is aged for fourteen months in barrel. The abv is 14.4%.

In terms of coloring, Lytton Springs has a classic garnet color and in the sunlight it shows hints of dark brown and blood red. The nose is showing aromas of oak, herbs, black cherries, and it has a touch of cocoa sweetness to it as well. It produces some nice thick legs, but it is not over the top as some heavier wines. The Zinfandel produces flavors of spices that are showing anise and pepper notes, and it has some green pepper with salty notes also. There is some definite oak, stone fruit, and red berry notes with that, and it is a complex flavor profile that has a long finish showing sweet cocoa qualities in the end. You can get the tannins with ease, and it is an elegant blend.

This is an elegant and enjoyable blend. To me, it is a Zinfandel that is not in your face with berry and spice notes, and while I love that about some Zinfandels, it is nice to see a change of pace. It is almost like finding a Malbec which drinks like a Cabernet, and is not as bold and jammy as Malbecs typically are. It's a great blend for summer and winter, and they say it has the aging potential for eight to ten years. I found that it was great on its own, you could really focus on the flavors being offered, and I believe it could pair well with a lot of foods and cigar options. I probably would not put it side by side with a really rich maduro, Broadleaf or Mexican for example, but it would do well with a Cuban Bolivar, Ramon Allones, and H. Upmann. In terms of non-Cubans, this would go well with some of the stronger AGANORSA/Casa Fernandez blends, and Warped's Sky Flower came to mind. I give it an easy 93, and backs what I always believed that Ridge produces excellent wines. 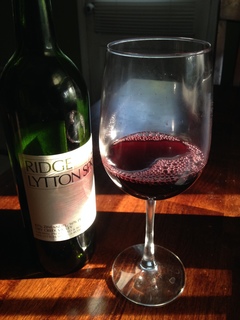 Finally! Love this concept of branching into other industries! I will definitely contribute to some reviews!