On Monday I posted a review of the Regius USA Exclusivo Fat Perfecto (Click Here), and today I wanted to visit the Lancero, as those were the two sizes it seemed everyone wanted a line on.  As I noted in my first review, each size is blended differently, and this lancero was sized a tad larger then a 38rg to accommodate for the balance needed with the Ometepe filler. 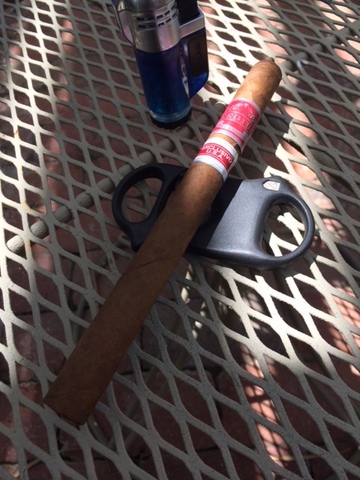 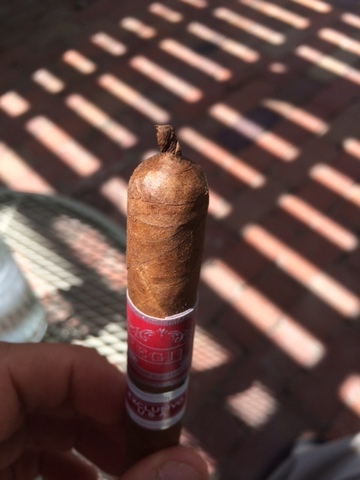 First Third: The finish is much heavier in regard to the cinnamon profile, but this may be due to me smoking this in the afternoon before dinner.  Not much sweetness at all like I ahd detected before.  I feel like the lancero is the stronger blend of the two in the first third.  As ntoed previously, the USA Exlcusivo has a very full flavored beginning, and the lance delivered in that regard.  The draw had a creamy feel to it, and about an inch in, I started to get a rich coca bean note on the retro, which began to push forward on the draw. 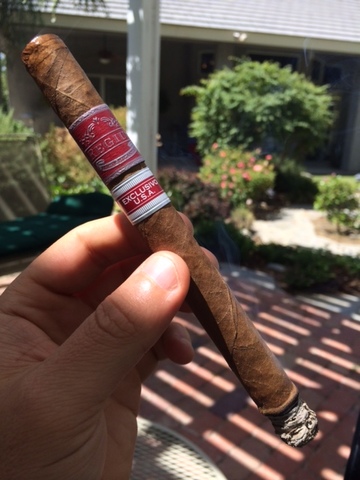 Second Third: The finish improved, and became nice a long.  The flavor notes continued with the coca bean, some light roast coffee flavors, cinnamon spices, and cedar as well.  As I neared the middle, a smoother cinnamon and coca profile came alive, with a rather pronounced finish that Regius is known for. Final Third: This is where the fun began, as a roasted almond note kicked in.  The spice had really mellowed, and the retro became very smooth, as well as the finish.  Caramel sweetness was hinting on my tongue, and this is the best part of the cigar by far.  The roasted almond flavor took over, taking on a liqueur burn on the retro as well. 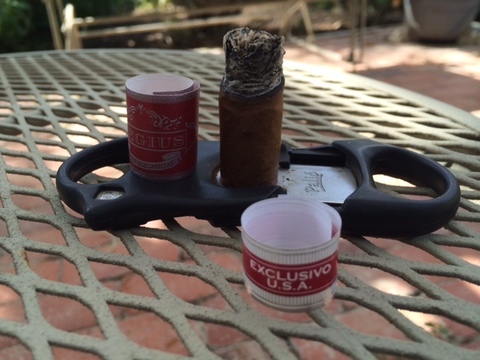 Final Thoughts: Of the two USA Exclusivo I have smoked, I would say the lancero had the better complexity overall.  It was a bit stronger up front then the Fat Perfecto was for me, and both were honestly.  However, I think the lancero has better aging potential, as the final third was phenomenal.  I am going to wait a while before I get into the other two vitolas and review them.  Again, I think this will be a hit for the American palate, as Regius has now shown an ability to blend spice into a rich Nicaraguan profile with an excellent finish and distinct changes. I really think this is a consensus type cigar that will hit a ton of palates, and I think this one is more apt to get a guy like Matt.  These release today, so do some searching, and get in while you can.

Beautiful. I need to find some of these.

Matt I think this was very much along the lines of the HE lance in terms of body and complexity with a better finish.  I would be shocked if you hated it honestly.

Any idea when and where these can be found? I did a quick google search and nothing but reviews showed on the first three pages.

I just grabbed up a 5 pack of the Exclusivo USA Lancero Extra 7 1/2 x 42, I hope they are good. Is there a difference between these and the ones I just bought?

Comment by Catfishbluezz on October 13, 2014 at 11:25pm
Shouldn't be a difference. There is the this one and the claro.