The My Father CT Connecticut was released at IPCRP 2013.  The folks over at My Father have been busy over the last few years introducing several successful core lines including Flor de las Antillas and La Antiguedad. You can check out my La Antiguedad review from earlier in 2014.

Over the years My Father releases have been hit or miss for me.  I love the original My Father as well as the Le Bijou, DPG Classic and DPG Series JJ.  The rest of the releases have been rather successful, but have missed my palate.  Given the reputation of bold and spicy cigars coming out of the My Father factory, I was curious to check the new CT Connecticut. 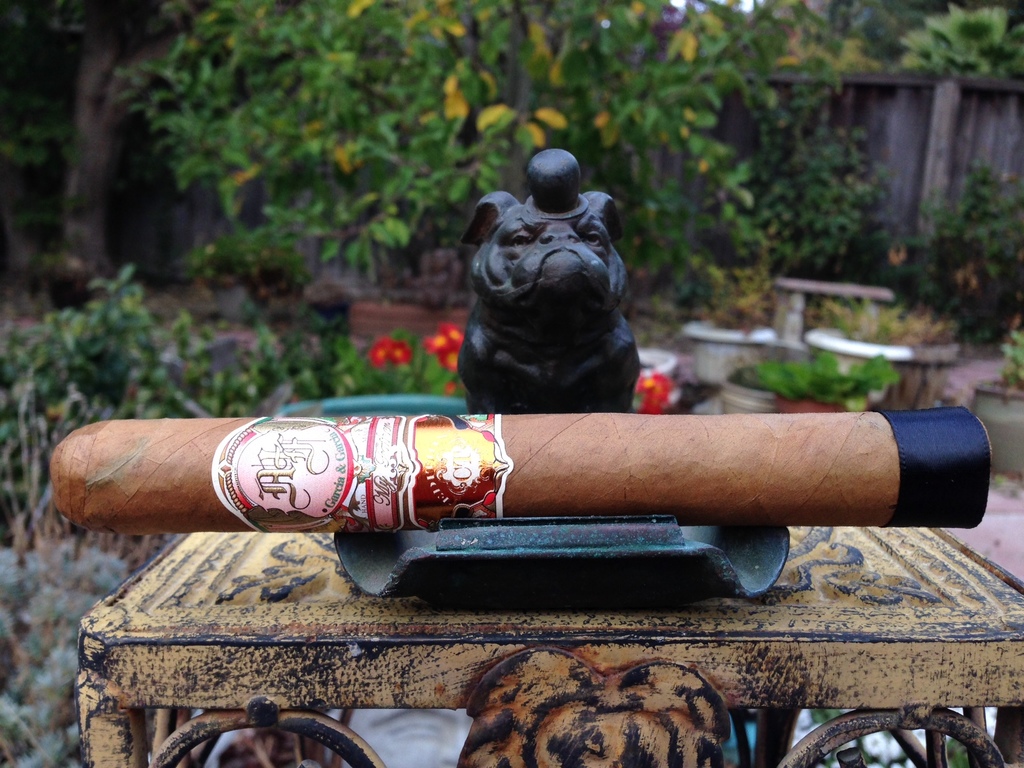 Cigars for review obtained via trade from various CigarFederation Members

Quick Note: For this review I used CigarFederation's rating system.

Pre-Light: The My Father CT is a good looking cigar.  The ornate My Father band along with the secondary "Edition CT" band looks great.  The black foot band is there more for the function of protecting this fragile wrapper around the foot.  I'll get into the fragility of this wrapper later.

The Ecuadorian Connecticut wrapper had a golden brown hue to it and sported a few water spots.  These water spots cause a greenish discoloration and while they are unbecoming, they don't affect the smoking experience.  The wrapper gave off mild notes of sweet tobacco, baking spice and white pepper. The cold draw was quite loose and offered mild notes of spice and stone fruit. 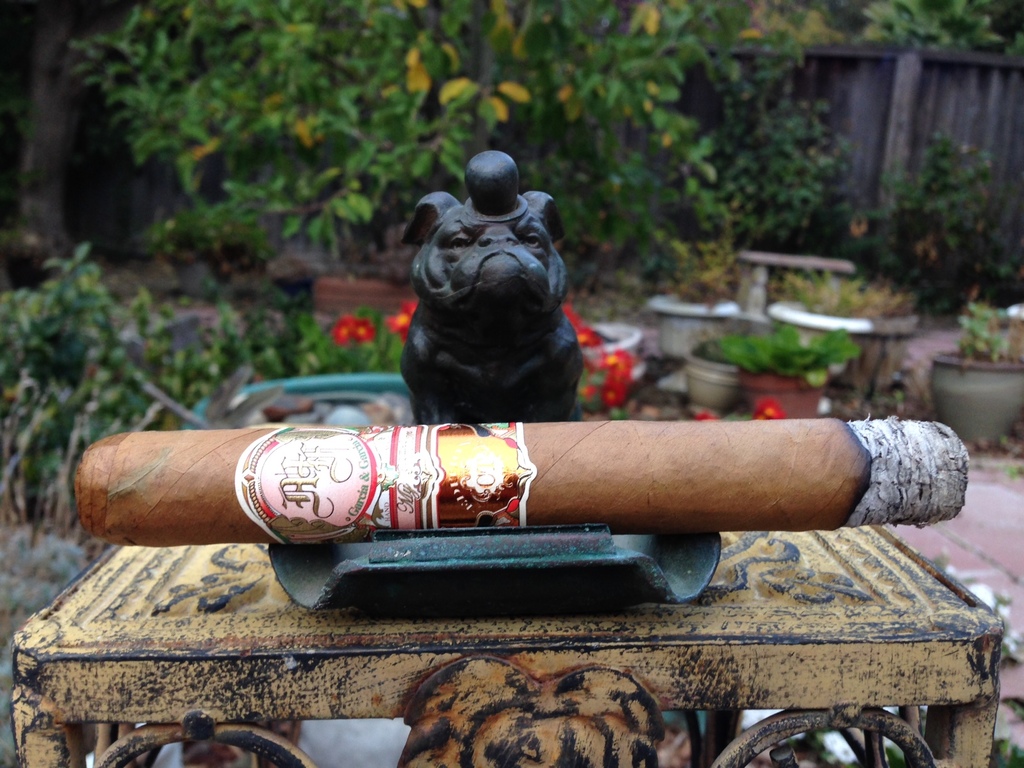 Beginning:  Somehow the initial blast of pepper caught me off guard.  I should have expected the Pepin pepper blast, but i never would have expected it to dominate the first third.  Under the thick layer of pepper there was a nice burnt caramel flavor that I wanted more of.  That was how the first few inches went.  There was a lot of pepper and some mild notes of sweetness underneath.

Middle: At the two-inch mark the profile began to take some shape.  A mild note of creamed coffee showed up and the brunt caramel transitioned to a sweet cream.  The pepper was still there, but it began to mingle with the other notes as opposed to oppressing them. The next two inches were the high point.  The coffee, sweet cream and pepper balanced nicely. End: A mild note of cedar joined the lineup and managed to hang on the rest of the way.  Unfortunately the oppressive pepper came back and really ruined what was becoming a good cigar.  As you can see form the picture below, there were some wrapper issues toward the end.  The Ecuadorian Connecticut wrapper was thin and fragile and when I removed the band some of the wrapper came with it.  Normally I would chalk this up to a one-time thing, but this happened with both cigars I sampled for this review.  It basically rendered the last few inches unsmokable.

Final Thoughts: The middle portion of this cigar was pretty good and part of me wonders if a few months of rest will do some good.  The pepper was so overpowering in the beginning and the end, but the middle was quite tasty.  It stands to reason that 3 to 6 months of rest will calm some of that pepper and bring out the rest of the profile.  If that's the case, then we have a really nice Connecticut blend on our hands.  If not, then it's a disappointment.

If you want a Connecticut with some real spice, then you'll be in heaven when you smoke the My Father CT. Rating: 85 AKA "I'd buy a couple" with potential

Given the performance of the two cigars I smoked this rating might be a little high.  I'm going to pick up some singles from my local B&M and stash them in the humidor until spring.  Then I will fish them out and do a redux review and see where we are.  If that pepper smooths out, then we have a nice Connecticut that I would smoke on a semi-regular basis.

Sounds awesome, I like some pepper without the strength have to pick some up and let them sit a bit. Great review as per usual

Thanks Hardly! Yeah, if you like a peppery smoke, then you need to check this one out... I think it is a few months away from a nice sweet and spice balance

I'm not a Connie fan so I will leave these on the shelf for people who are....

Retailer Comment by 302JH (Jose) on November 20, 2014 at 11:17am
I actually appreciated the pepper notes. I felt that's what makes it different from other Connecticuts

I hear ya Jose... I like the pepper too, but it was just overbearing for me... tone it down a few notches and we'll be in business... I'll revisit this on in early spring and see whats up... i prefer the AKA Solace when it comes to a spicy Connecticut...

Charlie -  I'm not a huge Connecticut guy either... but I do enjoy them and I think this one has real potential...

Robby Im sure you will like it more when you revisit