The latest release from Steve Saka's Dunbarton Tobacco & Trust is a bit different than his previous offering in terms of it's presentation, blend, and price point.  The Exclusivo is the first in the Muestra de Saka series, which Steve describes as "a line of individual batch produced cigars. Each cigar within the line is a unique vitola and liga - no two are the same. Their taste, body, strength, materials, etc. will vary widely. As will their individual concept or premise."

Each cigar is adorned with a simple foot ribbon printed with the frontmark and vitola, and comes in coffins, which are packed in seven count boxes. 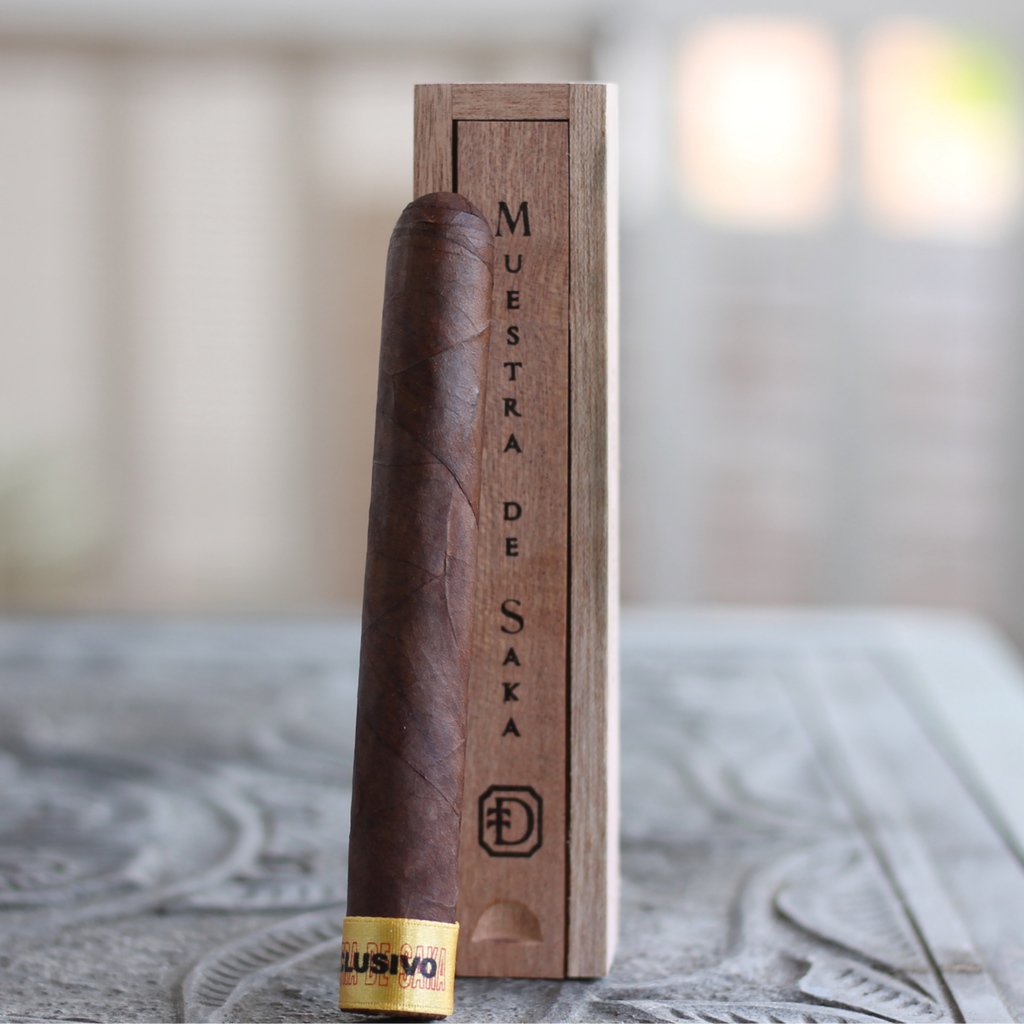 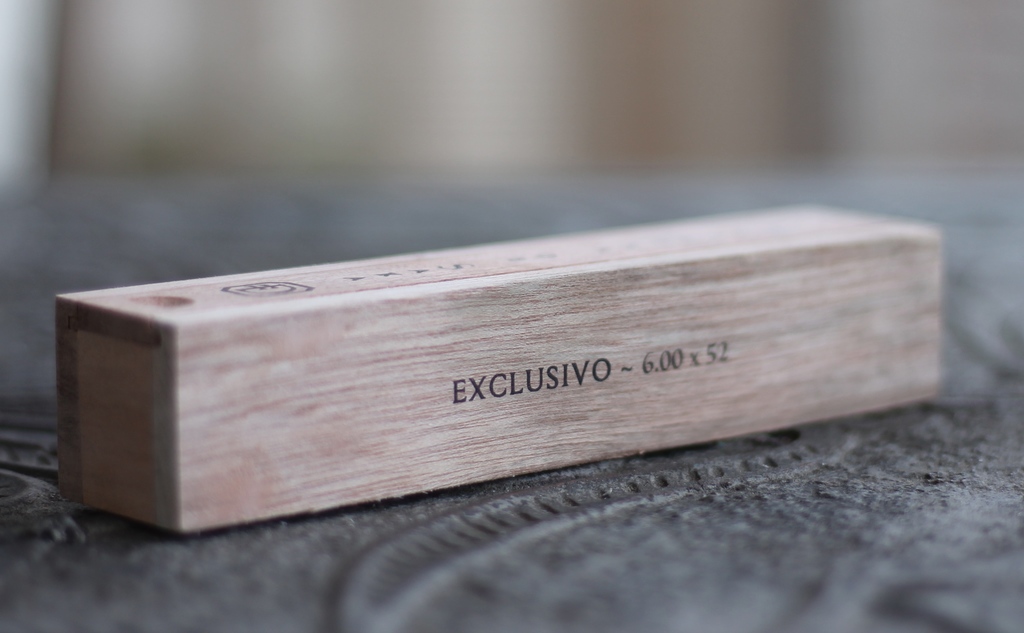 The Muestra de Saka Exclusivo is a firm, exceptionally rolled toro, with an evenly colored medium brown wrapper which is smooth with a slight sheen of oils.  I’d call it a dark natural, or very light maduro.

Wrapper smells like very sweet cedar, with a bit of baking spice, and the foot smells extremely cedary with less sweetness than the wrapper, and note of freshly baked bread.

First third:  After lighting, the first few draws draws continue the prelight trend of sweet cedar, with a touch of cinnamon.  The retrohale brings a bit of spice, which is a mix of black, red, and white pepper.  Immediately, I notice that the finish is long, sweet, and again, cedary.

After an inch, the smoke is now a mix of cinnamon sugar and sweet cedar, though the sweetness is actually less pronounced than it initially was  The retrohale is now a mix of brown sugar, and  a smoother, much less spicy version of the aforementioned pepper. 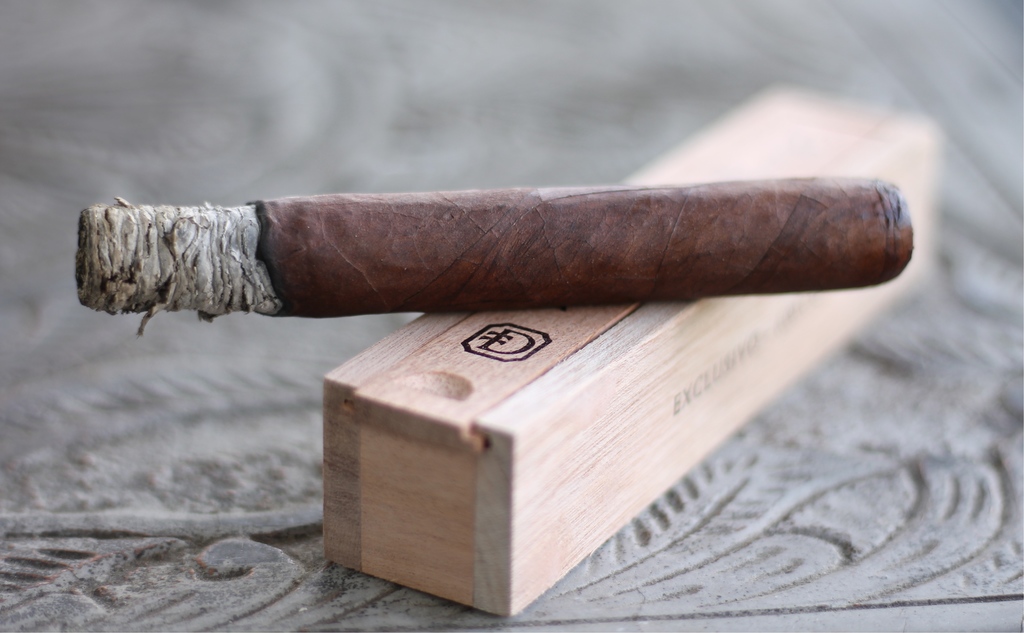 Closing out the first third is a bit of peppery spice that works it’s way into the sweet, cedary finish

Transitioning into the second third, pepper is working its way in, and the sweetness is diminishing further.  Meanwhile, a creamy note works its way in.

Throughout the 2nd third, the creamy note intensifies slightly, as does the very mild black pepper note.

Entering the final third, the smoke is still rich and creamy, with some cinnamon, and a little black pepper.  A bitter, but not overwhelmingly so, coffee note has started to make an appearance, particularly on the finish.  Meanwhile, the sweetness is starting to ramp back up, in more of a sweet cream form this time. As described by Steve Saka, Muestra de Saka is a departure from the previous offerings from Dunbarton Tobacco and Trust, and in my opinion, he knocked it out of the park with this one.  While the price isn’t outrageous, it’s firmly in the high-end category, so I had pretty high expectations going into this one, and it delivered on all fronts.

This may be my favorite cigar of the year so far, and even at the high price point, the 7-count box makes this a no brainer box buy for me.

Great review! I have only smoked one of my four pack but need to light up another one. I also got the cedar notes with that cinnamon/brown sugar sweetness. Overall I really loved the profile of this cigar.