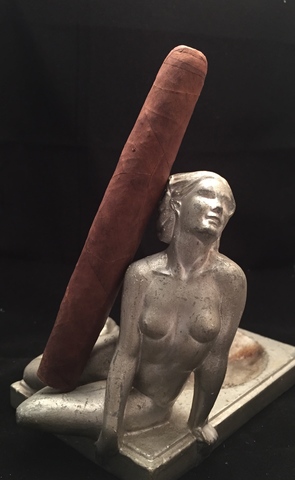 There isn't much on the wrapper of the Le Pigeon. Just some cedar and tobacco notes. The wrapper looks like it's dusted with cocoa powder and actually sounds hollow when being handled. But, that was just how it sounded. It was actually packed and constructed very well. The cold draw is clean, with hints of dry chocolate, hay and an absolute minimal pepper spice. 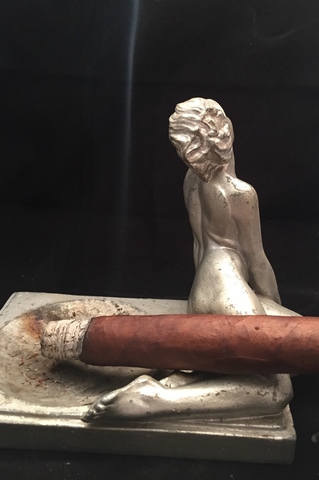 The Le Pigeon starts off with a slightly bitter chocolate note and a tad bit of leather and deep tobacco. This sums up the first third. It's really quite mild and not quite making it up to medium yet. It is very easy to smoke, with very mild flavors, much lighter than I would expect from a fairly dark wrapper. Making for a pleasurable smoke was a straight burn, nice ash and lots of smoke. 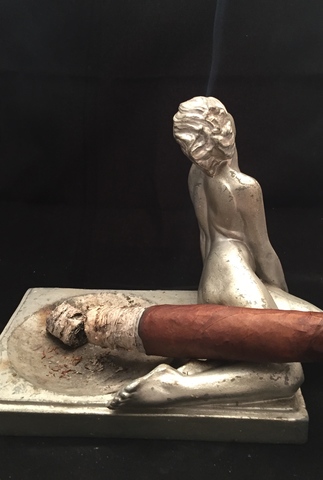 The second third has only slight changes. The dark sweet tobacco from the first third increases a little and some slight chocolate notes mix in. But the second third doesn't lend any spice.  A very pleasantly sweet, almost syrupy cedar/wood note shows up towards the end. By the end of this third, the strength is almost up to a medium body and strength now. Still lots of smoke, a nice burn and tight ash. 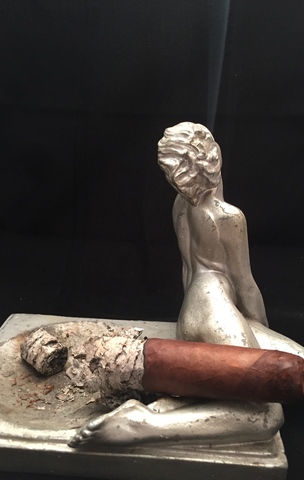 The final third finally saw the strength and body get into a full medium swing, that's normal for the end of most cigars. The flavor profile from the first two-thirds of the cigar is still present in the final third, but there are a lot of bitter notes popping in and out. Not the unpleasant bitterness, just a bitterness, that wasn't present in the mildness of the Le Pigeon thus far. 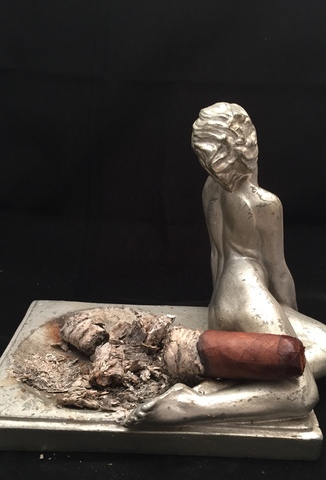 I found that I hardly had to drink anything through this whole cigar. It never left my mouth dry or burning, and the finish was quite short. A very mild bodied and easily smokable cigar. It doesn't have all of the flavor changes or huge flavors I usually enjoy, but it sure was enjoyable. Great for a laid back, simple smoke. But, that also makes it hard to justify the cost for me. Keep that in mind on this score: cigar-wise this is an 89 AKA-fiver, but price-wise it's more like a couple for me.
Rating: 86 AKA “A Couple"

This doesn't sound exciting at all, that blows.

Great review sir, looks like you got a dud

Yea, pretty plain and straight forward. I mean, I didn't want to just toss it down, it WAS enjoyable. Just simple and mild. Not what I expect if I pay $12.