The wrapper was a medium brown color with some noticeable veins as you will be able to see in the pictures. The flavors on the prelight draw were leather and a real funky/musty quality that I found very difficult to describe. There was also something that reminded me of the smell you get when you first open up a sealed container of dried fruit. After lighting the initial flavors had cedar wood and leather qualities with a touch of earth that I would compare to a soil you’d find in a dry grassland. There was a very gentle spice that lingered on the palate, kind of like Cajun seasoning, it was more of a flavorful spice than a peppery spice. The retrohale was very cedary with a slight milk chocolate quality. There was a gentle sweetness along with some really nice natural tobacco flavors too. This cigar had a funk that was very enjoyable and also very difficult to describe. The funk was almost akin to an aged soft cheese like fromager d’affinios, not so much the dairy type flavors, but more the funky aftertaste it leaves in your mouth. Toward the end of the first third some baking spice type of flavors started to come to the forefront with the cedar, natural tobacco flavors, and sweetness making up the background and lingering in the finish. Going into the second third that funky core flavor remains consistent, surrounded by the vast array of flavors I’ve already mentioned. The body kicked up a notch and I also started to notice more spice qualities than I did in the first third, especially on the retrohale. The cedar notes continued to come in and out along with the sweetness, creating a really nice balance. Toward the end of the second third the funkyness started to die down a bit and the core flavor profile transitioned to very rich cedary flavors with some sweetness. In the final third cedar and earth, along with natural tobacco flavors and sweetness continued to be the main theme. Toward the end the wood and earth qualities start to take on a darker profile, but the cigar never developed any bitterness or negative characteristics. 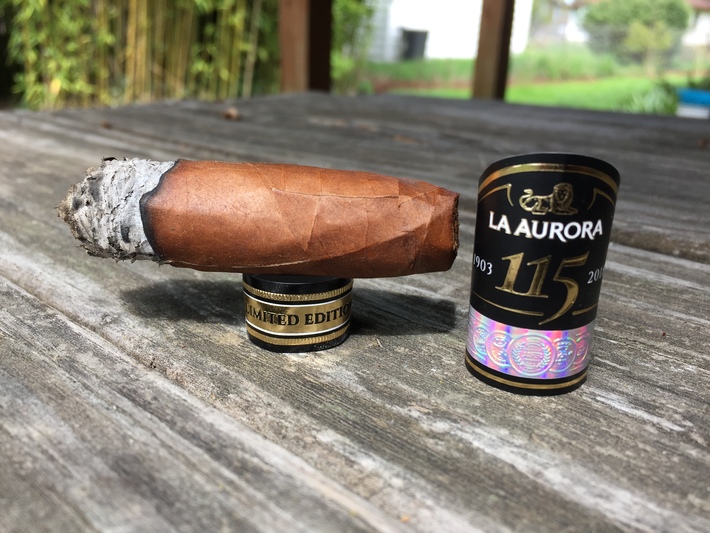 Throughout the cigar I didn’t experience any issues with construction or combustion. The draw started out a bit tighter than I prefer but quickly loosened up to the ideal amount of resistance for me. I’d describe this cigar as medium bodied with medium to full flavors. I really wish I could describe the funkyness better, but that is something you really will need to experience for yourself to fully understand. This cigar presented an amazing array of flavors and was always changing a little from one puff to the next. I spent close to 2 hours smoking this and I genuinely didn’t want it to end. I highly recommend trying these if you have the opportunity.