The band is black with a silver trim. The front includes the JA3 logos - a black, white and navy Coat of Arms with yellow accents.  A black foot band with silver trim and text says, "Jordan Alexander III".  The cigar itself includes a rustic looking brown wrapper that has the slightest of reddish hues with some minimal veins. The cigar itself is intriguing to the eye with a pigtail cap and a closed foot.

I take a sniff of the cigar and get some sweet cedar notes.  I clip the cap with my table cutter and take some prelight draws that give off some sweet tobacco flavors with a faint note of cedar. Draw seems relatively loose.

I light the cigar up and the initial draws are incredibly smooth and mild. The draw is giving off a lot of smoke, but seems a bit more restrictive than I would have expected - I feel like I'm pulling hard, but in the end I am getting a lot of smoke.  I'm really surprised that this cigar is so mild off the bat.  Typically, I find Corojo cigars to have a bit of spice and be full-bodied, but that does not represent this cigar at all - I guess I am used to Nicaraguan Corojo.  I'd consider this incredibly mild with some faint sweetness and cedar notes and extremely subtle white pepper spice on the retrohale.  The ash appears a bit flaky, and falls off at about the 3/4" mark.

As I round out the first third, the white pepper spice is picking up a bit, but I still consider this a mild-medium strength cigar at best.  The draw seems less restrictive now than what I noted earlier.  I'm firmly in the middle of the cigar now and I'm getting an earthy truffle flavor with the spice on the finish. At this point, the cigar didn't go out, but I was struggling to get good draws so I brought the lighter out to freshen it up.

As I'm nearing the finale, the flavors are remaining consistent, but the strength is picking up a bit.  I'm finally sensing what I would consider a Corojo-wrapped cigar as I enter the final third.  Interestingly, the strength is fleeting, and it gets a bit more mild in time.  The spice mellows and the earth with some slight sweetness takes over in the end.  With about an inch left, I feel like I've seen the best this cigar has to offer and I pitch it. 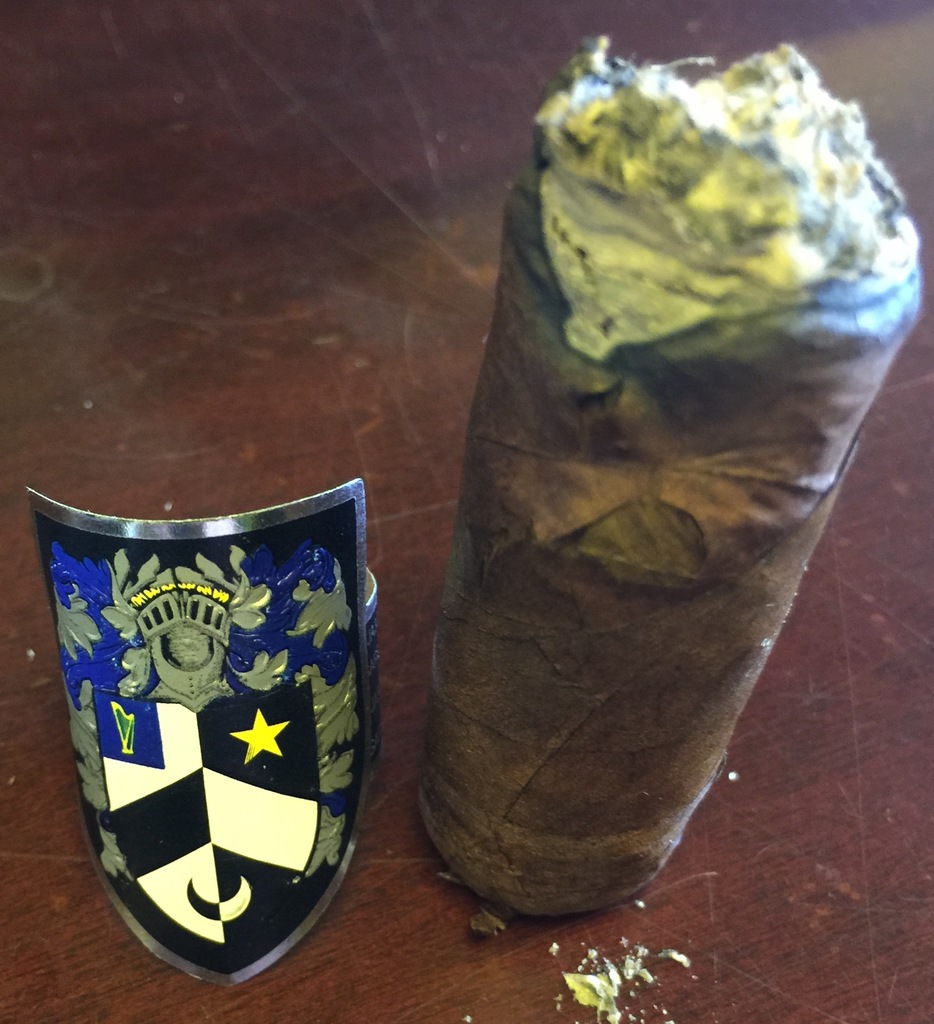 This isn't a bad cigar, but completely surprised me with how mellow it is - probably the most mild Corojo I've ever smoked.  Granted, I like stronger cigars and typically find cigars to have less strength than advertised, but this was a significant diversion from expectations which is probably my fault because this is a standard Dominican Corojo. I'd smoke this again if it was given to me, and if you like mild cigars, I think this would interest you, but I like a bit more strength.

Love these bands, but you sound super disappointed. haha

Honest reviews are great, keeps you from a big old Meh

Their first cigar was a complete Dog Rocket...looks like they made some improvements.  Thanks for the review.