The Singulare is an annual limited edition release from illusione cigars.  The first Singulare was released in 2009 and we have seen one every year since.  Each year we see a new blend and a new size.  The 2014 iteration is a Nicaraguan puro which measures in at 5 1/2 x 54 and features a Nicaraguan Corojo 99 Cafe Rosado wrapper.  It features the familiar white band with silver text which is damn near impossible to photograph on a sunny day. Samples for review purchased from the Cigar Federation Store 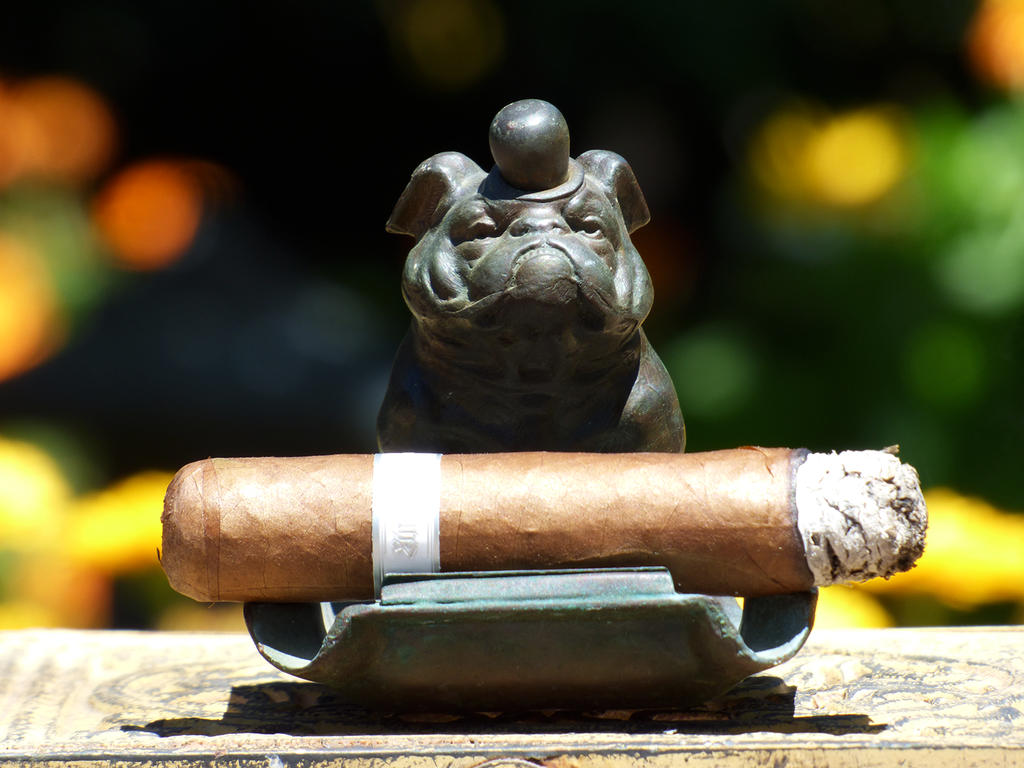 Pre-Light: The wrapper on the Singulare 2014 was stunning to look at and smelled terrific.  The wrapper smelled of marshmallow and baking spices while the foot offered notes reminiscent of graham crackers.  The cold draw was perfect and tasted of hay and raisins.  The cigar itself had a solid feel to it and was densely packed with tobacco.

Beginning:  When I saw that the Anunnaki featured the same wrapper as the Epernay, I had a feeling that I was in for a treat.  I love it when I'm right.  The Anunnaki started off with a smooth and creamy texture on the tongue and through the retrohale.  The flavor profile consisted mainly of cedar, honey and toasted bread.  There was a mild creamed coffee note along with a very mild white pepper spice on the retro.

As I progressed through the first third the mile white pepper spice began to grow and settle on the tongue while the honey sweetness died away.  The creamed coffee become more pronounced as well. 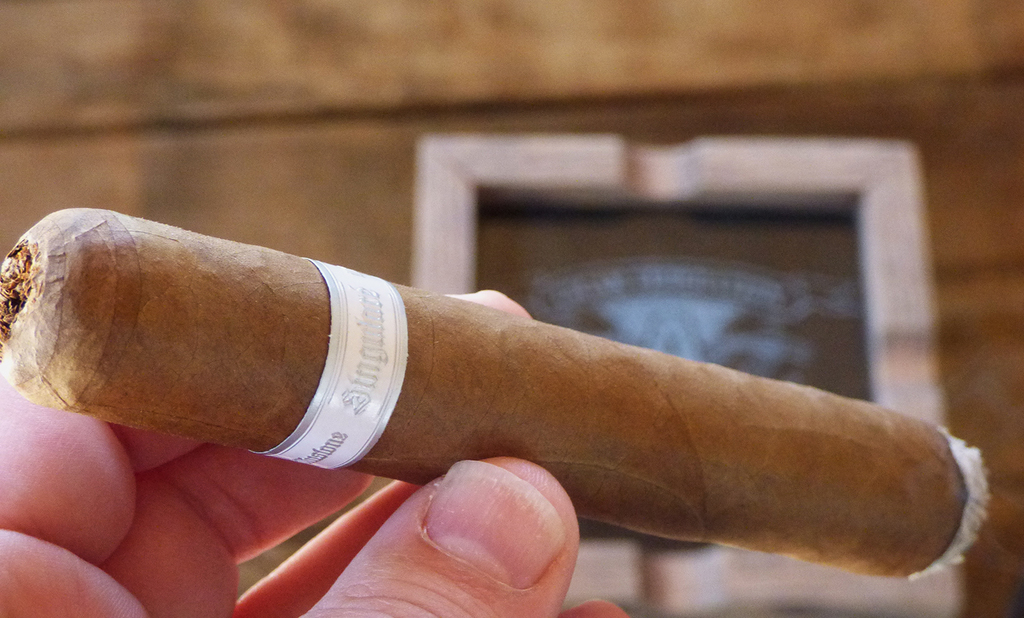 Middle:  The second third started off with notes of creamed coffee and cedar on the tongue. The white pepper spice plateaued and began to recede as I approached the mid point.  That initial honey sweetness returned and the profile settled into a perfect balance.  Each puff offered notes of cedar, honey and creamed coffee with a very mild spice on the retro.  I don't know if there is a "perfect" out there, but the middle portion of the Anunnaki was pretty damn close.

End: The white pepper spice returned and the entire flavor profile took on a more full and rich character.  The strength kicked up to a medium-plus as well, but the perfect balance remained.  I smoked this one down past the band and found each puff completely enjoyable. 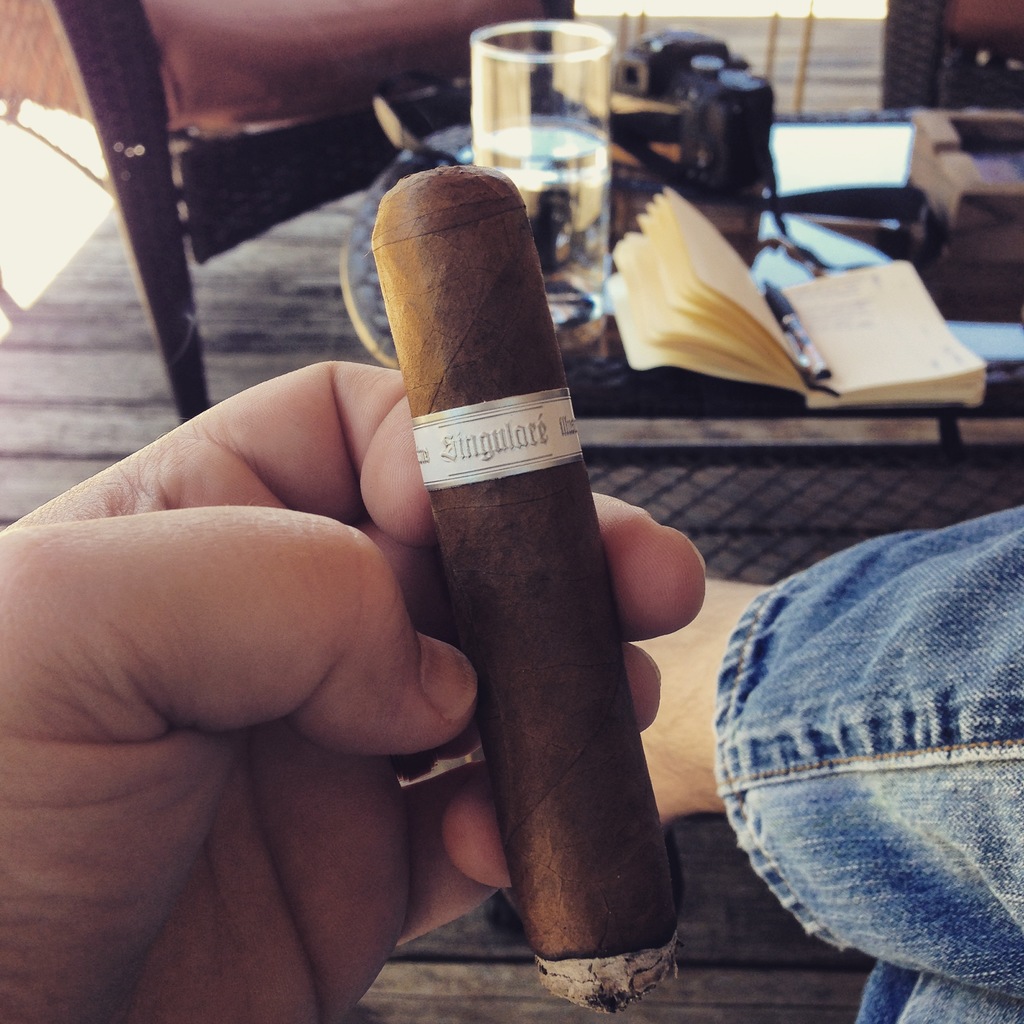 Final Thoughts: Holy crap!  Dion has another winner on his hands.  The Singulare 2014 Anunnaki is an expertly blended cigar that features fantastic flavor and perfect balance.  It has a great aroma and perfect construction.  I'm not sure what more I can say about it.

If you can find a box and need someone to split it with, shoot me an email. 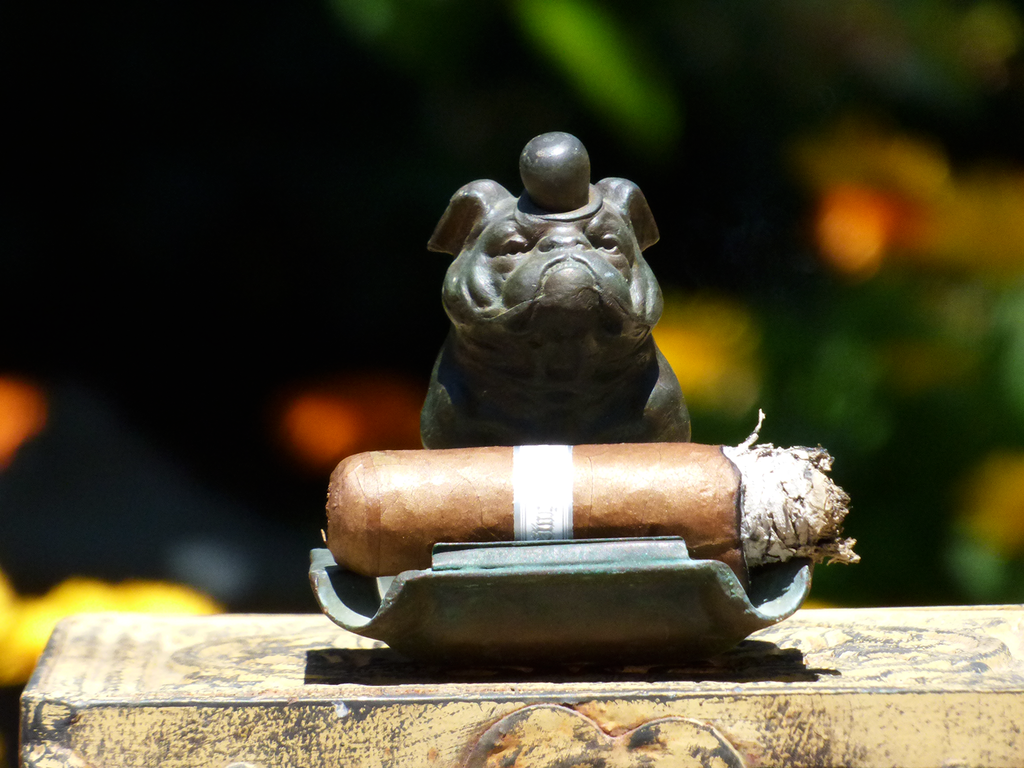 I thought Id be buying a box of these after my 1st one but I pumped the breaks after trying the next few. I still have 3 of these (with a few months humi time now) so I need to revisit these again.

This might be my favorite Nicaraguan release of 2014 (other than the Ratzilla of course ;-) and the only non-LIga I have purchased 2 boxes of. I can say without a doubt that this is the best Singulare to be released (imo) and my favorite Illusione cigar. I too (using a similar rating system) would give this a 93-94, AMAZING stick! Great review Rob!

Yeah, I really dig this cigar. It might be one of my favorite releases of the last 6 months or so. The phantom (2010) is still my favorite singulare, but this isn't far behind.

These could probably qualify as a 2015 release.  They released an itty bitty quantity in the 4th quarter of 2014 but these cigars were really attainable until January 2015.

I would say (imo) the Phantom is second behind the Annunaki because of the balance, 2014 had a much more balanced profile. I would say the 2010 even with 5 years of age has a lot more spice/body when comparing the two but its damn near a toss up...both great cigars that show Aganorsa at its finest and the diversity of the tobacco.

LOL. a box for Charlie doesn't make them widely available.  They were no doubt a 14 release but as someone who hunted relentlessly for these after the initial release, I can tell you these boys were not widely available until the 2015.

Even the sources Dion suggested to me came up dry in 2014.  There was a small quantity initially released and those went fast and these cigars were hardly available anywhere for a couple of months (there were exceptions as I recall a Portland and Washington DC B&M had qty but the shipping was a deal killer as I was only looking to try a 5 pack).

Early to mid January, they were released in greater qty and available at all the usual places you would expect...but in most cases, this wasn't a reorder, it was the 1st batch of these cigars these places received.

Of course I will be the disenting opinion in the room :)

It was the worst Singulare I have smoked, other than maybe the 2011. There was nothing too it in terms of flavor and body. I felt like I was smoking printer paper. For those thinking it, yes, it was properly stored and humidified.

Illusione stuff for me is so hit or miss. I nutted over the Singulare 2012, love the ULTRA, and find some solace in the Cruzado. Other things like the 88 Maduro make me want to vomit.

I love what Dion does but some of his releases are so polar opposite, it makes it difficult for me to get really into the brand.

The real question is what color printer paper does it taste like?  Inquiring minds what to know?

Man Angel - It tastes like ink and paper. It is pretty awful