The Gunslinger Perdition is Kendall Culbertson's take on a San Andreas wrapped cigar.  Kendall went into great detail about the San Andreas wrapper during his recent appearance on CigarChat.  If you haven't seen it, you should really check it out.  Kendall was a blast to chat with and he has a wealth of tobacco knowledge.  We're hoping to have him do one of his blending seminars here on CigarFederation in 2016, so stay tuned.

Check out the interview with Kendall below 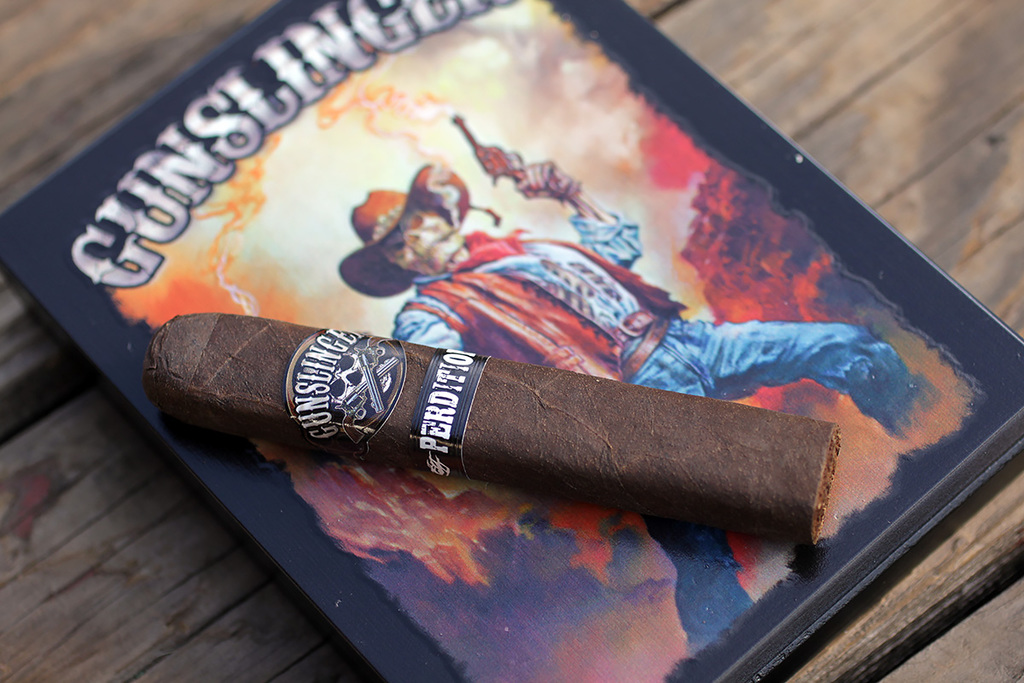 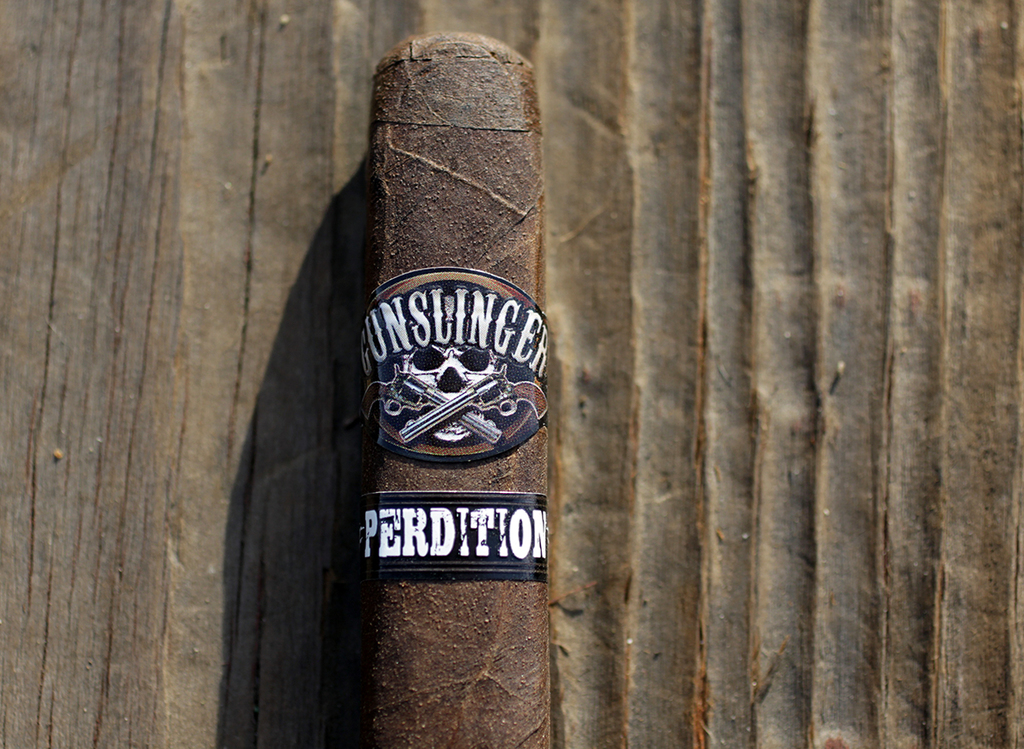 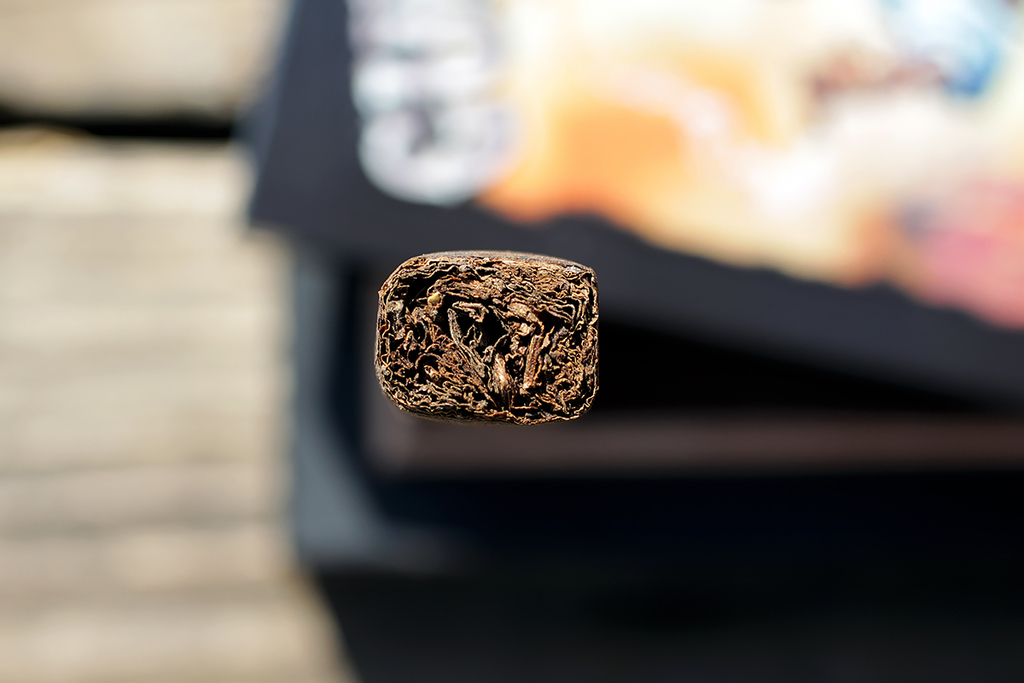 Pre-Light: The Perdition was a good looking smoke.  The box press on it was impressive, as you can see form the photo above.  Take a moment and look at that press.  I'll wait...

I love my new macro lens, by the way!

OK, back to the cigar.  The San Andreas wrapper on the Perdition was a beast.  It was beautifully rugged and tooth as hell.  It gave off notes of earth, black pepper and barnyard while the cold draw tasted of dark chocolate and raisins.  You've got to love well fermented tobacco!

Beginning: The profile is super rich right off the bat.  Big notes of earth, oak and coffee were present on the tongue along with a very mild dark chocolate sweetness.  The retrohale was packed with spice, but it wasn't like those cigars that are so spicy that it hurts.  It was a hot spice, but it had some complexity to it.  There was black pepper flavor along with more mild baking spices.  It was one of the more interesting spice notes I have ever experienced in a cigar. Middle:  The spice mellowed a bit on the retro and the sweetness became a bit more present on the tongue.  To be clear, this was NOT a sweet cigar.  The flavor profile was dominated by notes of earth and oak with some coffee and dark chocolate.  When you balance that out with the beautiful spice on the retro, then you have a pretty gosh darn good cigar!

End:  The spice got an attitude.  The spice on the retrohale gained in strength by a sizable margin, but somehow it never overpowered things.  The flavors on the tongue still played their part and while the balance may have tipped slightly in favor of spice, things stayed pretty well balanced. 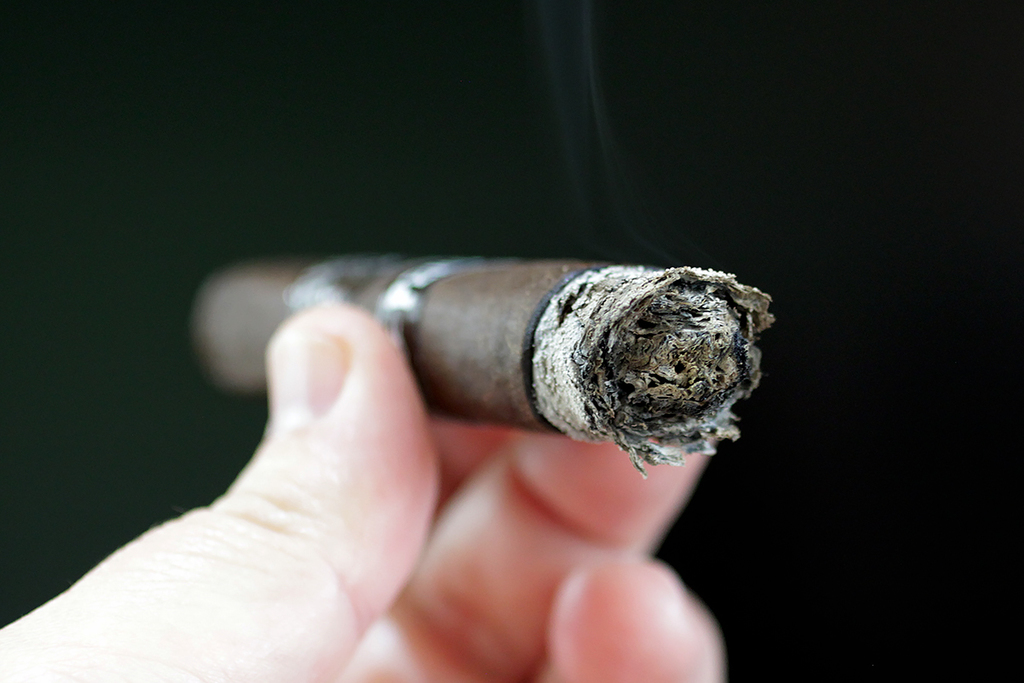 Final Thoughts:  This cigar is not in my wheelhouse, but I enjoyed the hell out of it.  Lots of earth and spice, but it was done in such a way that you were invited to look for more nuance.  And the nuance was there!  Lots of subtle flavors that I just don't expect out of a SA cigar.  Kendall knows what he is doing! 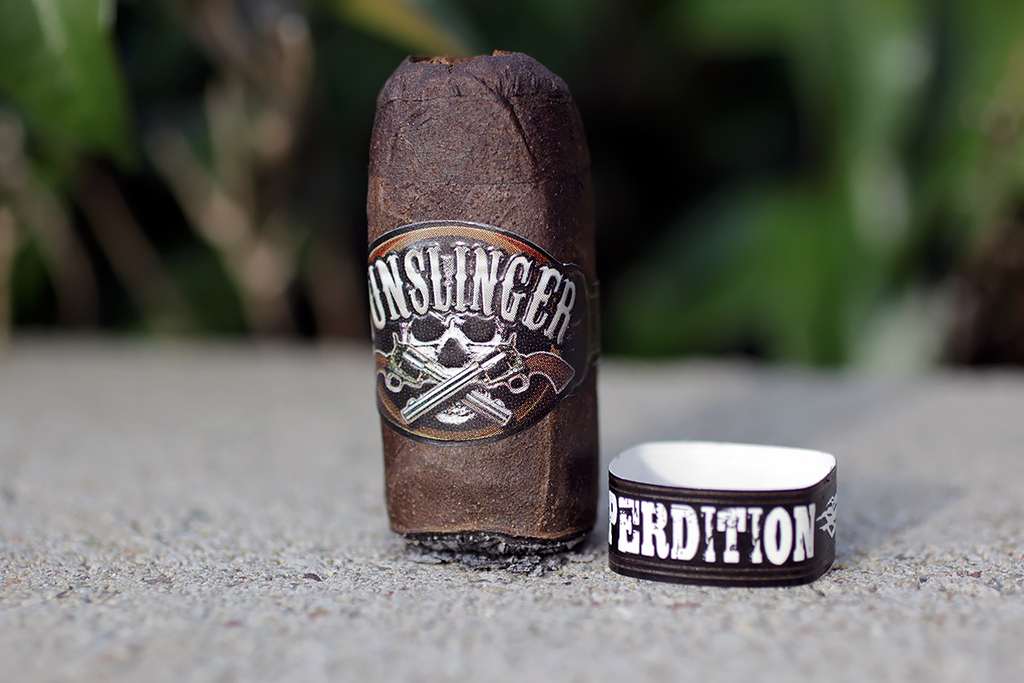 Comment by Joshua Andrew on November 23, 2015 at 9:06pm
I've been itching to try Outlaw. Discovered the store two years ago, but my friend said he didn't like the house brand so I've avoided them. He was a Perdomo & Alec Bradley smoker, so I know his judgment is impaired.

Joshua -  It goes without saying that it's worth checking out... if you dig earthy and spicy smokes, then you NEED to try it... like I said in the review, this is not really in my wheelhouse, but I really liked it

Great review Rob! You are almost guaranteed a earthy profile with SA and Broadleaf in the blend...two stalk cut tobaccos known for bringing the earth to the table! Its been a while since I've smoked one...I need to revisit now.

I've smoked a couple of these now, and they are, IMO, the best thing he's blended to date.  Black Powder was bold, but didn't have the complexity of the dark cocoa mixed in, so it was more like a campfire.  These are much more complex but still a big, bold smoke.  That is an odd size, though. The regular robusto is a 5.5x48.  Maybe it's special for that sampler.

Nice review! Sounds like this is right in my wheelhouse!

I had a monster(like 7x60 box-pressed) Perdition a couple weeks ago and I really enjoyed it too.  Rob's review is spot on, though it falls directly in my wheelhouse, so I may have enjoyed it a bit more.

KY -  Thanks!  It was a great smoke... I have a few different vitolas so I'll check them out and post any notes here... honestly, I didn't realize the 5 x 54 was a special size until I sat down to write the review.... had I known I would have smoked the toro since it is more readily available... oh well...

Cool...One I want to revisit.