Evil Genius Cigars debuted at the 2014 IPCPR with two blends, Black Chapel and White Chapel. Today, I am reviewing the White Chapel. This is a new brand to me, as I don't remember hearing anything about them until meeting them at this years show in New Orleans. But when I met the company, I received this perfectly sized vitola, and figured it would be perfect to review as we enter into the colder months. But, enough of that. On to the smoke...After this video of Rob interviewing Evil Genius at IPCPR 15. ;) 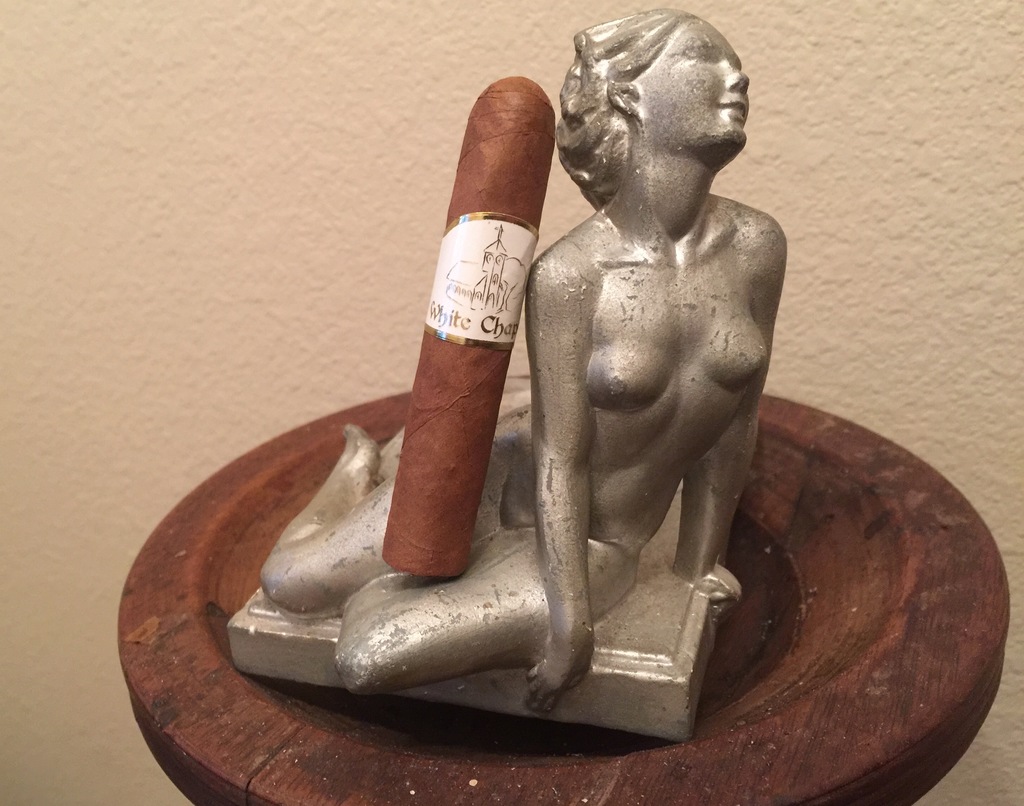 Pre-light: The wrapper aroma has a lot of white pepper spice, some leather and tobacco notes. The cold draw is very peanut-ty and almost somewhat sweet. 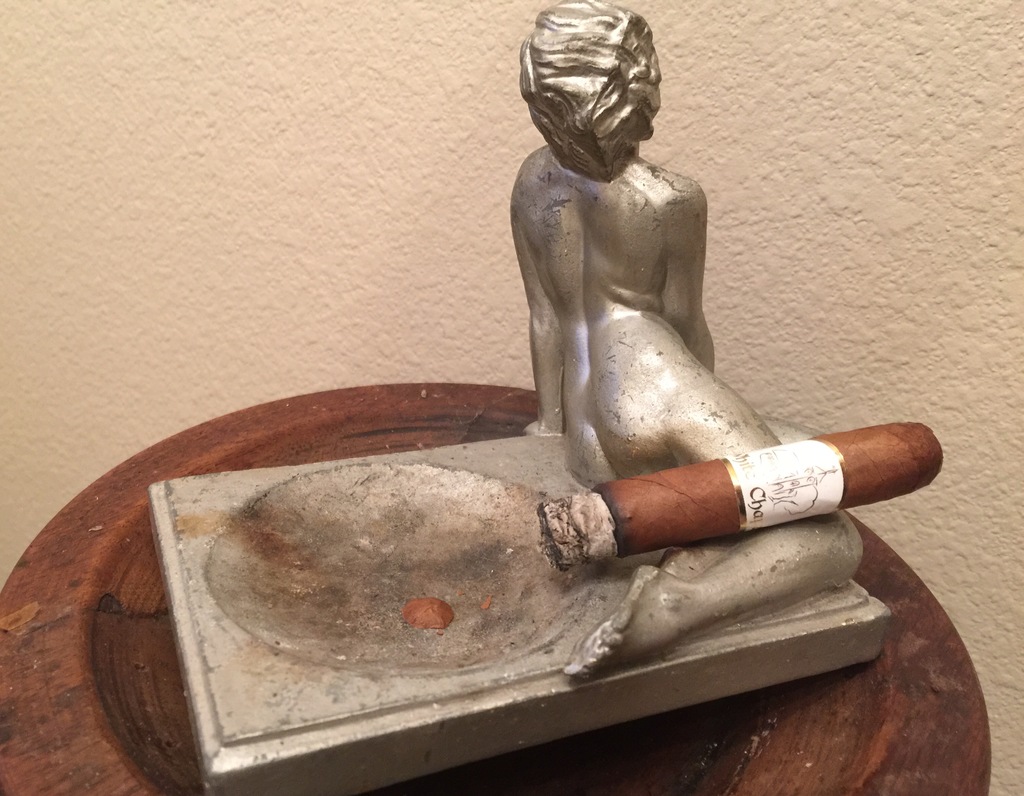 Beginning: The White Chapel starts off with a fairly bold amount of body. Peanuts, smoke, leather and white pepper. But the peanut flavor is definitely up front. The body and complexity are both quite full. Surprising given the small size of this cigar. The burn and ash were clean and the smoke production was quite impressive. 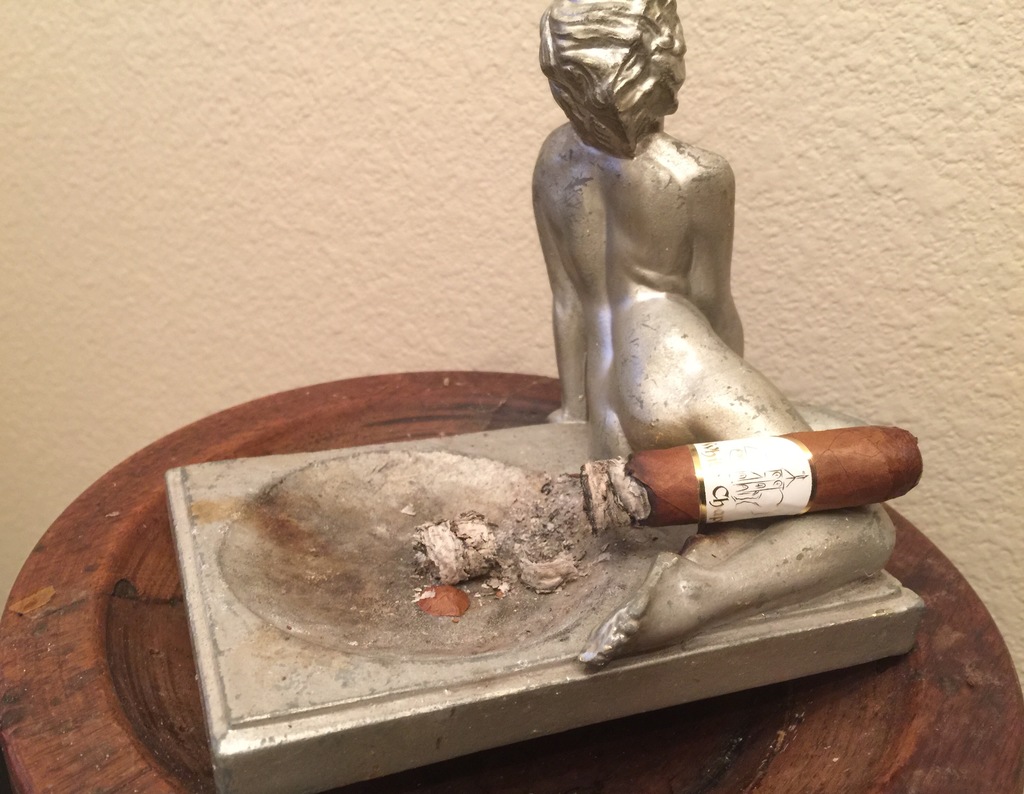 Middle: Similar to the first third, the second third does throw a small curve. The peanut note gets a little creamier, similar to peanut butter. In the background there is a mixture of cedar, leather and pepper. There is just the slightest amount of sweetness, akin to powdered cinnamon. Really complex. The burn gets a little wavy, but corrects itself. 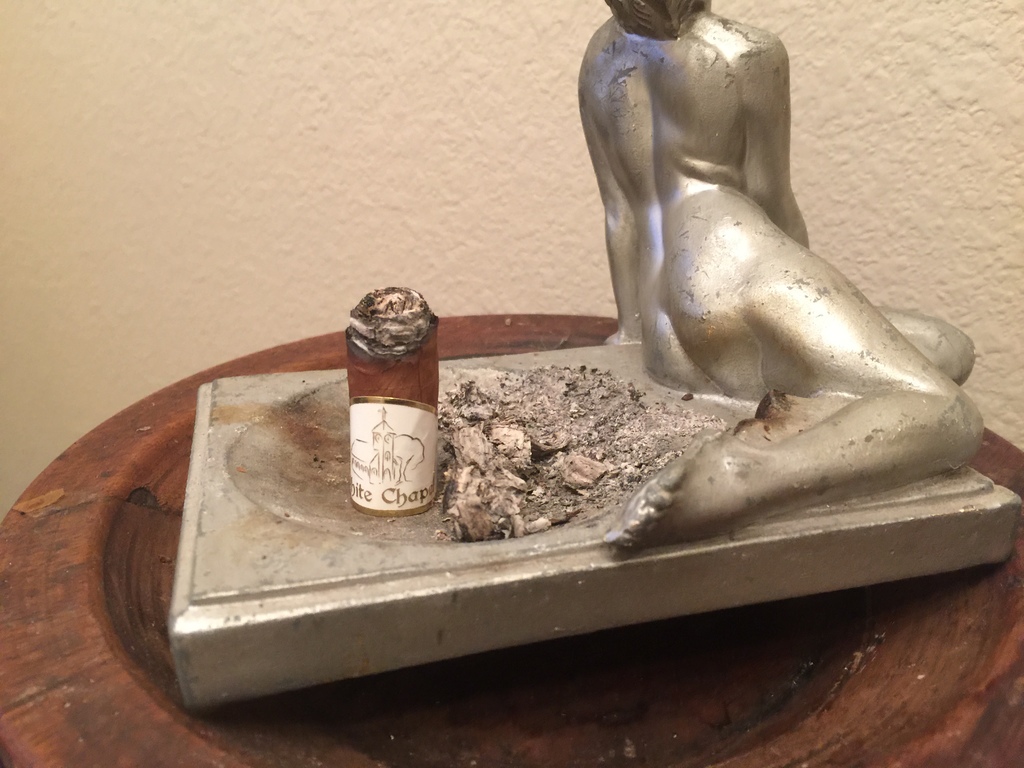 End: The White Chapel ends very much like the middle, but with the addition of even more white pepper. I am still getting a lot of peanut flavor that is mostly creamy, but turns into a dry, woody spice note on the finish. The burn got a little iffy and went out a couple times here though, which never helps.

Final Thoughts: The White Chapel was a very bold cigar, and much more so than I was expecting with such a light colored wrapper and small vitola offering. This could be part of the reason why I struggled with the smoke. By no means is it a bad cigar, it was just not my type of smoke.

Those La Aurora mades can be deceiving with their body/strength.

Super nice guys at that booth. I have some samples but will heed your warning on the strength.

Oh yea. Great guys. I HATE giving low scores, but I have to be honest and this cigar just didn't do it for me. FYI & spoiler alert though. I enjoyed the Black Chapel a LOT more. ;)

So, the strength caught you off guard and made it a tough smoke, but if you knew the strength going in would it have made a difference in your scoring?

Just trying to figure out, because I like some power every once in awhile and the flavor profile sounds awesome.

I wouldn't say it was because I did or didn't expect the strength. It's mostly just that I don't like a cigar with too much power. Just don't enjoy my cigars like that. But this little bugger definitely had a little hit.