Named for the spicy green condiment, and originally announced as part of the Espinosa Lounge exclusive Backroom Series, The Espinosa Wasabi was relaunched this year with a limited run of 500 10-count boxes. 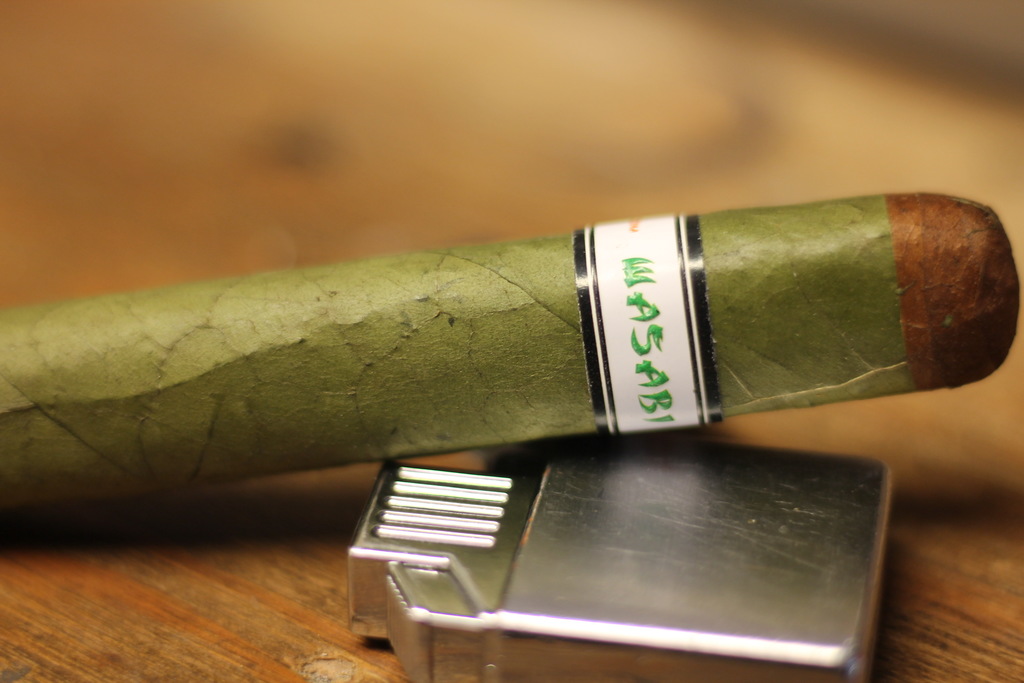 Prelight: This cigar has a Candela wrapper that looks unlike any other I’ve seen.  A slightly darker hue than usual, with a large amount of small, dark colored veins, and a couple of larger lighter colored, almost white veins.  There’s a slight box press, and the cap is a more familiar brown color.  The nose is very grassy, with a little baking spice and sweetness, and a very slight amount of smokiness

First Third: First draw is all red pepper.  Intense and spicy, with a grassy, vegetal sweetness.  The retrohale is a punishing white pepper, that as the name alludes to, Is reminiscent of horseradish or American-style Wasabi, to the point of being is almost punishing.

After about 1/8”, a bit of sweet cedar works its way in, and a smokey hickory note shows up, almost like a bit of fire-cured tobacco.  Meanwhile, the pepper hasn’t shown any signs of slowing down yet. There’s a hint of grassy bitterness peeking out from behind the stronger flavors, but it’s barely detectable. Second Third: In the second third, the spice starts to slow down a bit, and the sweet cedar is becoming the primary flavor on the palate.  The hickory is still present, but just barely.  The retrohale is still mostly pepper, but isn’t quite as punishing as before.  At this point, the strength is really making itself known.  In all 3 samples, I found the strength to be a solid full body.  It starts off intense in flavor, but really ramps up the strength along the way.

Final Third: During the final third, the white pepper spice continues to diminish, and the cigar becomes very woody with the sweet cedar and hickory smoke increasing a bit, and a honey sweetness creeps it’s way in.  The retrohale is less spicy than it was, but still fairly spicy. 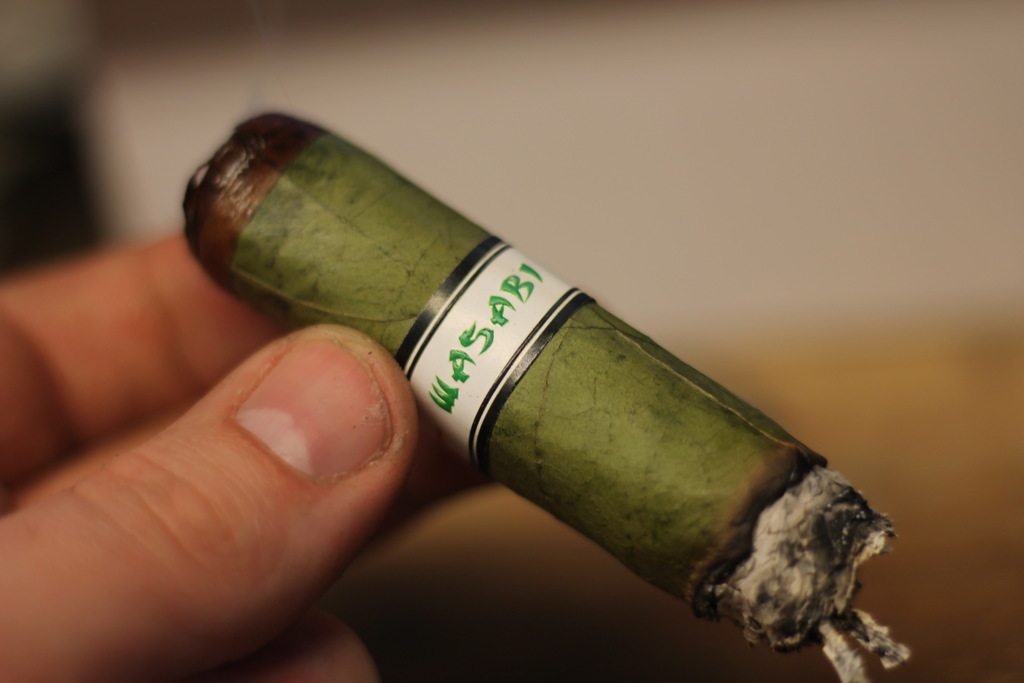 Final Thoughts: While the grassy flavor of a typical Candela is still present, the spice and sweetness really mix well with it.  I think that if one was to smoke this one without being able to see it, a Candela wrapper might not be your first guess, and you may even be able to convince yourself that it’s something like habano.

Overall, this is a cigar that offers significantly more complexity and body than most Candela wrapped sticks, while cutting the typical bitterness.  If you’re a huge fan of Candela, this may be a miss for you, but if you haven’t found a Candela that’s for you, you just may find something you love here.