The EPC Inch Short Run 2014 No. 62, is one hefty looking cigar.Though, I am seeing much larger cigars on the market now, a 62 ring gauge is still one heck of a large cigar. And not exactly in my normal smoking range, although I do enjoy a couple 6x60's now and then. That being said, I was surprised at how smokable the EPC Inch was. 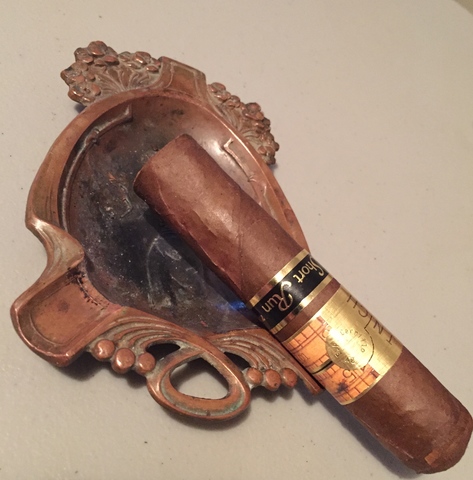 Once you get past it's imposing size, the Inch is a very clean looking cigar with a great feel. The foot smells of semi-sweet tobacco and hay. While the cold draw also has a dry hay note, mixed with a bit of graham cracker. The first third of the Inch Short Run 2014 hits off with a lot of woodsy notes, backed up with citrus and some mild spice notes. The draw is exceptionally smooth and the smoke is pretty amazing. The burn started off perfect, but began to get wavy, requiring a few touch-ups. The second third was much tastier to me, than the first. A nice cedar note with a bit of a honey and woodnote. The final section of this this third does begin to get a little bit of a bitter note, but it wasn't the normal "bad" kind. It was a citrusy bitterness and was actually kinda good, though not something I would want too much of. The smoke is still crazy and the burn line is following suit. Touchups are needed, but the ash is amazing. I actually had to push the bands back, because it just kept holding on. 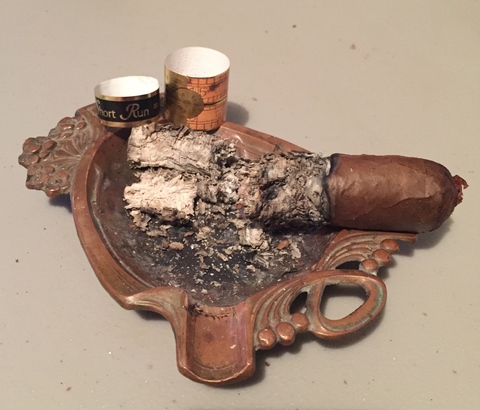 The final third is very similar to the last. Lots of woody notes and some underlying earth. I never got any spicy notes but the flavors were enjoyable, and I never felt like just calling it quits. The burn problems continued, though always just minor ones, it didn't annoy me too much. The bitterness continued all the way to the end, but was never a cause of concern, just an interesting note to the flavor profile. The Inch ended on a cedar blast, with that slight bitterness.

All-in-all, the EPC Inch Short Run 2014 No. 62 is a good cigar. Nothing great to me, but definitely nothing bad. Actually, I should probably say it is pretty damn good to get this 62 ring gauge to be so pleasant to smoke. So, kudos to that. Simply because I am not prone to smoking such a large cigar, I don't see myself picking these up very often, if at all. But, it deserves props for being a very smoke-worthy cigar. I may not buy any, but I would definitely try to weasel or trade for them.

Rating: 83 AKA “If I had them or could weasel them”

Not sure I would say I didn't like it. But the thing is a monster! Was better than I expected and good for such a large gauge. That being said it wasn't something I would run out to buy. But I didn't want to throw it in a fire pit like I do some other cigars...

ive smoked the same size in their natural blend.  Good average flavors for a cigar, but like you said I would not go out in search for one.  I wonder what these cigars would be like in a 50 or 52 ring gauge.