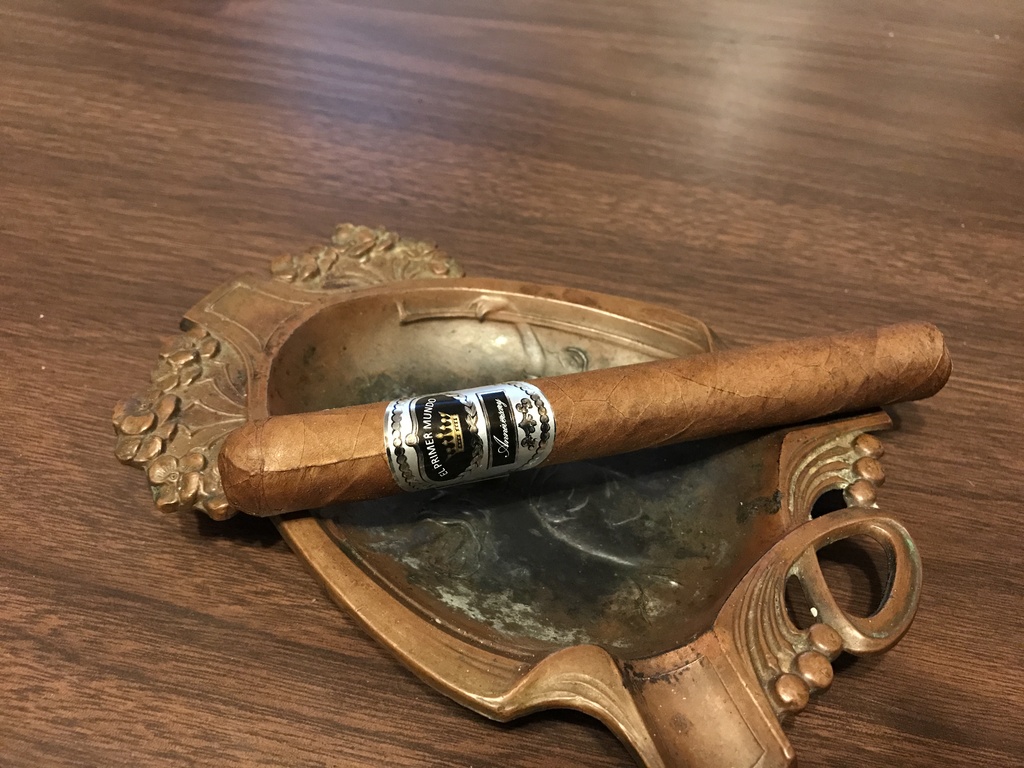 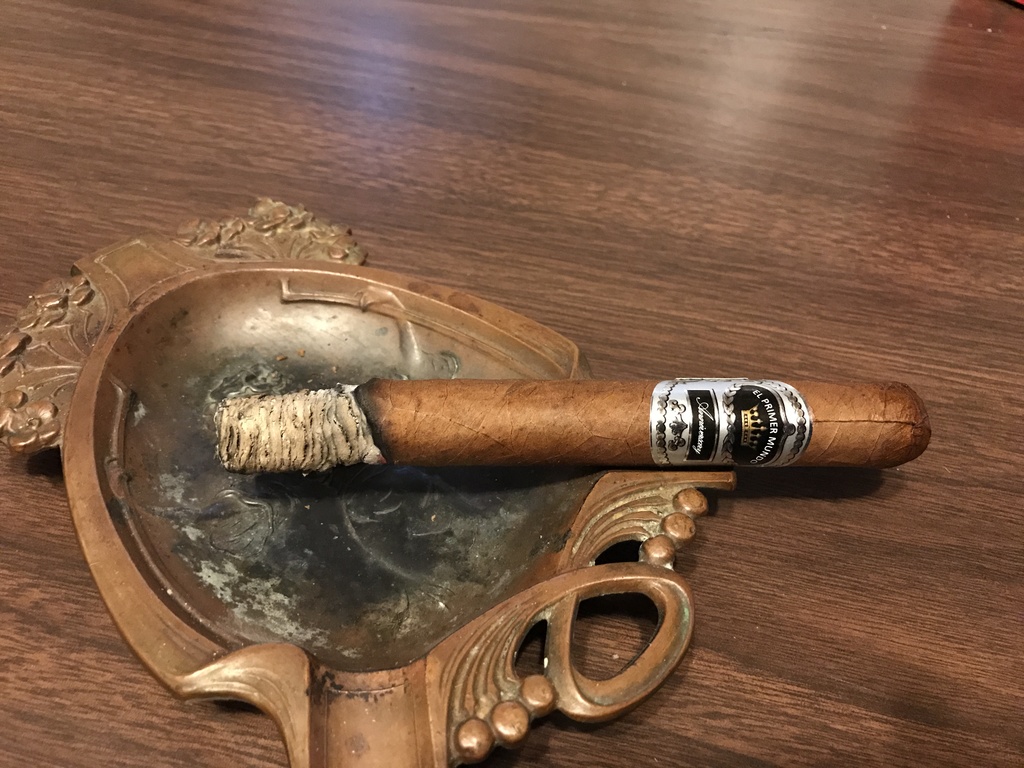 Smoking: This El Primer Mundo 10th Anniversary starts off with some tingly pepper notes. Up front is a mix of black and white pepper, with the occasional red pepper blast. The finish, though still tingly and spicy, has a creamy cedar note hiding underneath. Halfway though, the spice calms down and the creaminess is more noticeable.

The second third changes up to a peppery bread note and there is also a gritty earthiness here now. A bitter coffee note shows up every now and then as well.

The final third remains spicy, but it is a bit more muted now. Notes of oak and wood start to appear here too, and they start to cycle for dominance with the pepper. 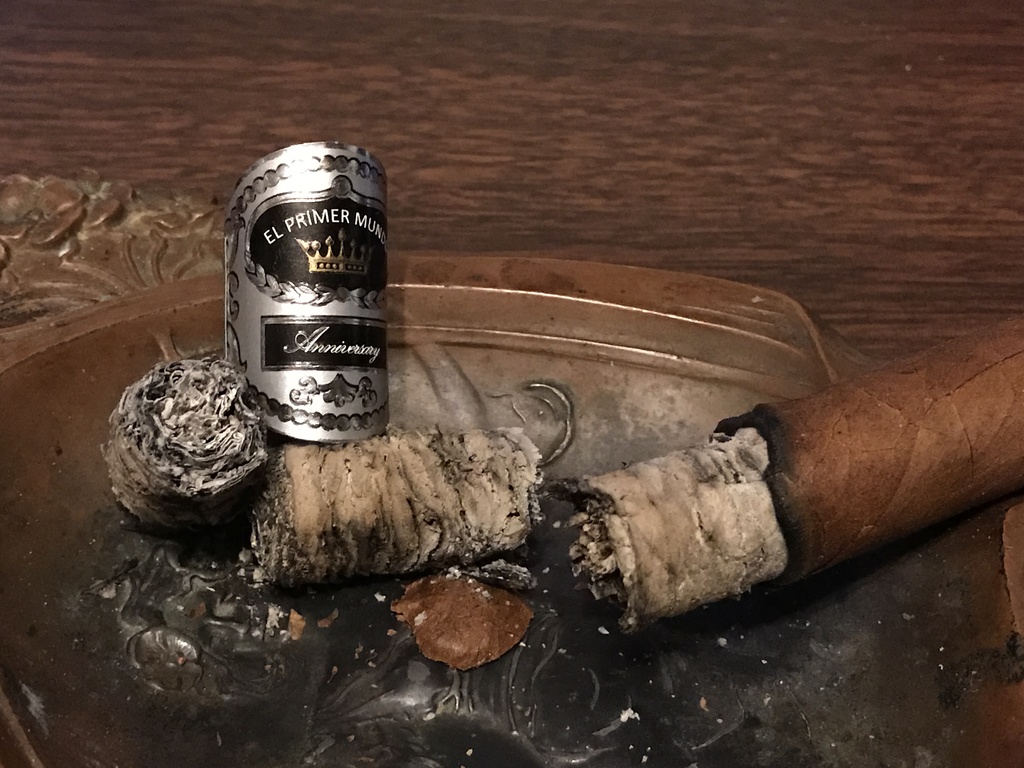 Final Thoughts: The El Primer Mundo 10th Anniversary is a well-made cigar. The flavors meld well and there is plenty of complexity to keep the smoker engaged. Size-wise I was in love, but flavor-wise it didn’t hit my liking. I have never been a huge fan of pepper, which this cigar has plenty, but it wasn’t overpowering or a deal killer. But, remember that it does affect my rating and it may be right up your alley.

Thanks for the review.  I spent some time trying to get this cigar and I never found a reliable vendor to order from.  Based on the last few reviews I've seen, this cigar does not appear to warrant the hunt.

Thanks for the review!