I was perusing Instagram one day, and noticed a comment on one of my cigar pictures mentioning Hendrik Kelner Jr.  The comment was from El Cedro cigars, so I did a little digging and found out this was another brand produced from Kelner Boutique Factory (KBF).  ARZ are Phoenecian letters that stand for Cedar and bear the name of El Cedro’s initial release. At the time, the owner contacted me for review after IPCPR, as his line had not yet been released.  Fast forward a couple months, and a package arrived at my door with two robusto’s for review.  Given my previous experiences with KBF cigars, I was excited to review the El Cedro to say the least.  Anwar Elboustani is the owner of El Cedro, and the blend specifics are not transparent, but we are working on getting him on Cigar Chat to discuss the future of El Cedro. 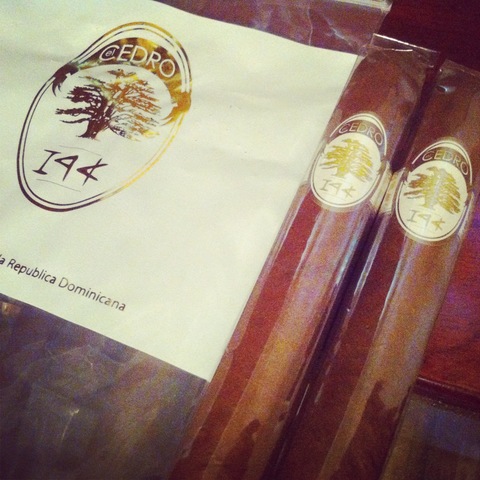 First Third: Honey immediately hit my palate, complimented by a mild cinnamon draw, and light finish mid-tongue.  The retrohale was all cedar, and much stronger then the draw, providing a nice balance of mild-medium flavor interaction on my palate.  The front of my mouth and lips had a rich long finish from a creamy draw; wonderful complexity that I related to custard.  A note like that is really a conglomeration of notes, suggesting balance and depth between the flavor profile and texture of the draw.  Just like the other KBF offerings, the ARZ had a noticeably long finish.  As I neared the second third, the finish overwhelmed me as I sipped on my ice water, compelling me to continually note how long it was. 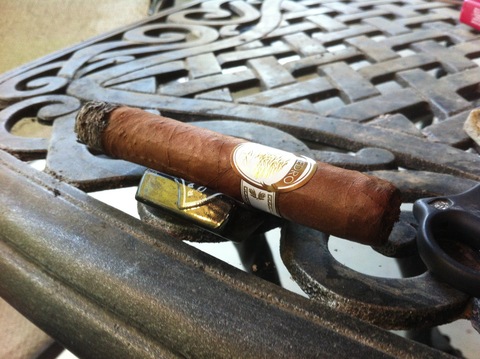 Second Third: I wish the El Cedro was a cream soda really.  If someone packaged this finish in a carbonated beverage, I would buy it.  That is the best way to describe the flavor profile at the beginning of this third, and I am a huge fan of small batch cane sugar sodas and root beers. Approaching the mid-point, the honey subsided a bit, and some of the creaminess went away.  A green vegetal note entered, with no pepper really, almost like fresh pablano or grassy notes found in some Habanos.  The grassy nots came from the retrohale, and combined with the cedar to add depth as the creamy custard profile was still there.  Towards the end, medium coffee bean notes began to arrive, as the body and finish of the El Cedro moved toward a medium body, full flavor cigar. 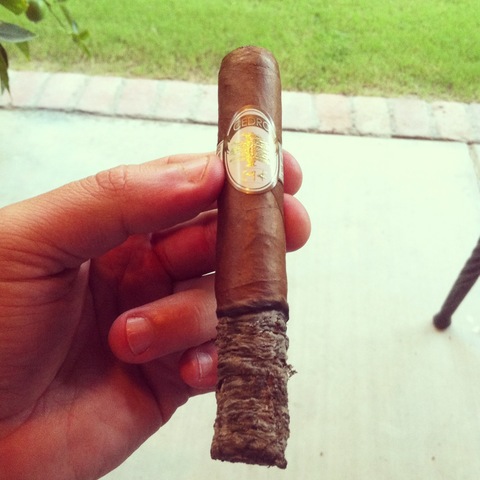 Final Third: Bitter nuts entered the profile at this point, similar to a cashew at first, with the cedar, grass, and coffee bean notes.  Another wonderful transition took place at this time. I remembered Rob speaking of almond liqueur in a cigar, and this really reminded me of that.  The strength of the retrohale burn combined with the nut notes to remind me of a liqueur burn.  I cannot wait to see if Rob detects this note as well in the El Cedro.  The almond note became the most dominant of the final third, and the previous notes all lingered in the background, as the ARZ picked up steam nearing the nub. 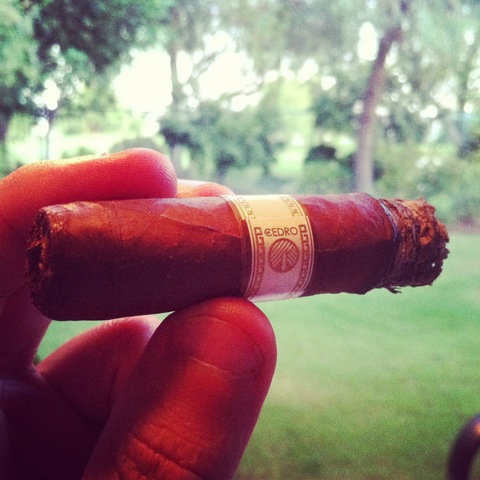 Final Thoughts:  This is an immediate box buy for me.  I could smoke this every day, and I think the old school Habanos fan will love the El Cedro.  To me, this cigar was blended for that palate, and it speaks volumes to Kelner’s ability, as each KBF cigar I have reviewed catered to different palates.  I do not think the ARZ is so much about depth and complexity, as it is sharing a rich experience and a classic profile.  I wanted to drink this cigar the finish was so damn good.  Like a classic Habanos, it starts with an excellent mild-medium flavor profile, and consistently builds in body and flavor until the end.  Of all the KBF cigars, this was my favorite, and I could smoke this every day.  I have a feeling Anwar and I like the same stuff, and I am very glad he produced this.  I recommend it to everyone really, although I would suggest it as a morning or first cigar of the day to the modern full body smoker.   I would have no problem handing an El Cedro to anyone to share a special occasion, and I think Habanos fans will really enjoy El Cedro’s offerings.  As I have stated before, if you see the Havana Saver in my review, it is because I loved the cigar. 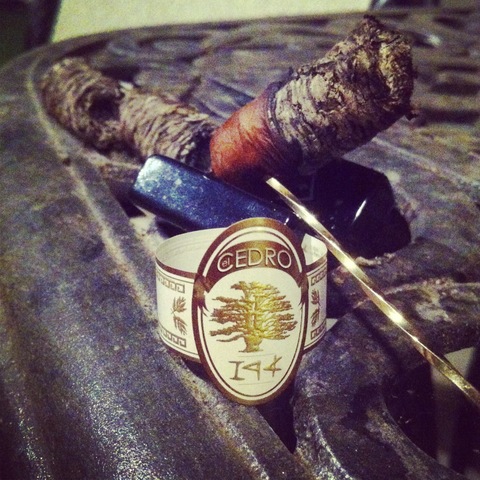 Final Final thoughts:  Kelner Jr has hit three homeruns to me, regardless of what subjective opinion one might have about any of the blends.  Cigars are about different tastes, different palates, and creating experiences for people to share.  I see no reason why anyone could not find a cigar in the KBF catalog that would fit their palate.  Furthermore, the distinction between the blends, tells me he is not blending for his tastes; rather, identifying what his customer wants, and delivering it.  All too often, it is easy to tell which blender blended a boutique cigar, but that is not the case with KBF.  I cannot say at this point that there is a common denominator between the three companies, other than fantastic finishes that seem to last forever.

Brand Comment by El Cedro Cigars on August 27, 2013 at 9:04am
Dustin, let me tell you that this is a great review. I am glad to hear that your taste is close to mine in such cigar profiles. Also wanted to thank you for taking your time and smoking El Cedro. On that note I would like to expain that the 14 k is a phonecian word which is an ancient language or lets break it down to letters, from right to left k (A), 4(R), 1(Z). ARZ that translates to CEDAR. Long Ashes my friend.

Excellent review, brotha! Sounds like a good palate tester for me. Glad to hear you enjoyed it so much!

This is definitely on my must try list. Going to have to get an order in as soon as i knock out a few remaining habanos boxes. Excellent review as always.

Nice review.  I have one headed my way in the RobbyRas sampler.  Can't wait to try it!