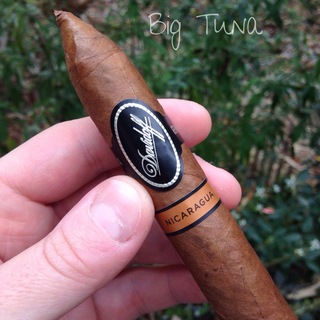 The belicoso has a distinct tapered finish, and it is almost spike like. The wrapper has a nice bit of veins present and they are small to medium in size. The belicoso is firm overall and it has a nice coloring which is solid Colorado. The wrapper has a leathery texture and there is a slight bit of tooth present. The aroma is of earth, spice, leather and wood, and that is present on the wrapper and on the foot. 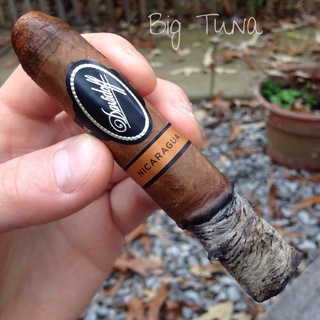 The first third opens up by showing some great Nicaraguan flavors. The belicoso has a little bit of strength to it, more so than the other offerings, and with that are some awesome flavors. I am picking up some awesome leather flavors and with that is a nice touch of candy sweetness. There is a milk chocolate and solid earth flavor with that, and it has a nice bit of spice which is giving off some cinnamon and pepper flavors. Overall, a great flavor profile that shows awesome Nicaraguan flavors and it is a full flavored cigar. The body and strength though are not there and more around the medium-full level.  With that is construction which is fairly solid and it has a nice burn line that has a solid charcoal ash on the end. The ash is holding on firmly and with that is a great draw that is giving off a nice bit of thick smoke.

When I get into the second third, I find that there is a great level of sweetness present and the spicy pepper and and cinnamon flavor profile has take a somewhat back seat. The sweetness extends beyond that candy flavor to the earth and chocolate notes, and it has a nice woody and tobacco finish. A solid flavor profile, it shows a unique side to the Nicaraguan puro flavor profile and it is to my liking. In terms of body and strength, I would classify the cigar as being medium-full and that goes with the full flavored profile. The construction is solid in this third and it is producing a fairly even burn line with that solid charcoal ash on the end. The draw is cool still and with the tapered finish I am getting a nice concentration of smoke on my palate. 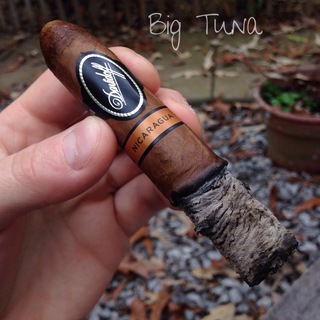 I am in the final third of the cigar now and it is finishing wonderfully. I am picking up a nice rustic earth and leather flavor profile, and it is showing some nice subtle spice notes with that. I am picking up a hint of pepper and with that is a nice meaty quality. There is a faint touch of sweetness on the end but it is not much overall and it is showing a nice bit of transition in flavors as the cigar finishes. The body and strength are at a level between medium-full and full now, and I would say the flavor profile is remaining at that full level. The construction as the cigar comes to a close is top notch and it is showing an even burn line on the end with a nice firm charcoal ash on the end. The draw is cool on the tapered finish and with a cool finish is a nice bit of smoke. 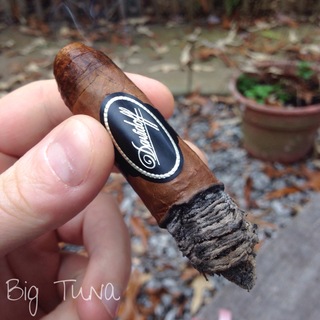 I have always enjoyed Davidoff Nicaragua. In fact, I have often wondered why I do not smoke it more often. There are great offerings in the line, and depending on my mood and time depends on which vitola I would smoke. With that being said, I believe the Belicoso to be the best vitola and there is something truly special about this limited release. The cigar has a little bit more strength and body to it, and with that the flavors really pop more so than before. I love the balance with the cigar and the flavors produced from the blend. There is great construction on top of that and as most Davidoff smokes, the cigar is consistent from cigar to cigar. These cigars were readily available, but if they were, I would buy a box of these in a heartbeat. They age wonderfully and will smoke well for many years. I give the cigar a 91 rating. 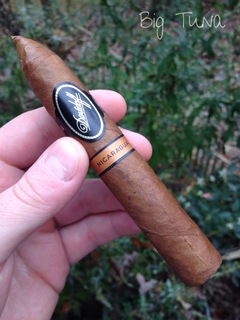