The short robusto has a nice press to it and comes with a great triple cap. There are a few veins present on the wrapper, but overall very few with a nice bit of tooth. The cigar has a nice coloring overall and it is a milk chocolate coloring. A true Colorado color, it is a beautiful and yet simple cigar. The foot has an aroma of spices, chocolate, rich earth and tobacco, and the wrapper is giving off notes of leather, rich earth and strong tobacco. The cigar opens up quite well and it is a balanced flavor profile. There is a nice sweetness with the cigar, a sweet tobacco flavor, and it has some pepper notes with that. There is a sweet leather, hay and earth flavor profile as well, and it has that nice AGANORSA flavor profile. The finish is of pepper, and it is a softer pepper finish that is not overpowering. I would classify the flavor profile as being medium-full, and the same goes for the body. The strength seems to be more medium, but it is still early and could increase. The construction thus far has been solid and it is producing a fairly even burn line with a nice light charcoal ash on the end. The draw is cool and this is a flavor focused cigar. It is not as strong as I was expecting, but it may increase in the second third. 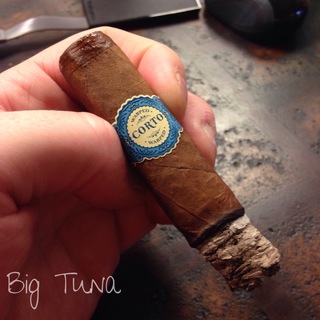 When I get into the second third of the cigar I find that the flavor profile remains fairly in line with that of the first third. It has a nice sweetness to the cigar and it is showing that awesome AGANORSA tobacco flavor. There are some earth and black pepper notes with that, and as I said before, there is some pepper present but it is not overpowering. There are some metallic flavors present as well, and I can feel that this cigar is going to the next level towards the end of this third and will be there in the final third. Overall, the cigar remains around the medium-full level for flavors and body, and I would say the strength has increased to a medium-full level in this third as well. The construction is top notch and the cigar produces an even burn line with a nice charcoal ash on the end. The ash is holding on firmly and the draw is cool with a nice bit of smoke being produced.

I am in the final third of the cigar now and I am finding it to reach that level that I was expecting from the beginning. It has a rough earth and metallic flavor profile and with that is a nice pepper quality. There is a touch of sweetness to the cigar, I'm getting that AGANORSA flavor profile, but overall it is showing that dark Nicaraguan earthy flavor that you get with puros and strong Nicaraguan tobacco. I would say that it is smoking between medium-full and full, and that goes for the body, strength and flavors. The construction remains top notch in this third, as it has in the first two, and it is showing an even burn line with that solid charcoal ash on the end.The draw is cool to the nub and with that is a nice bit of smoke to finish the cigar. 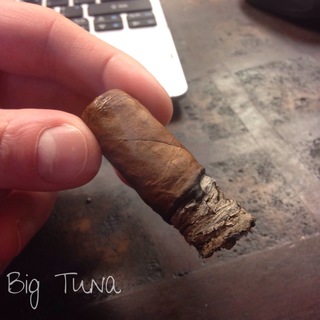 The Corto is a nice addition to the Warped portfolio and a solid offering from the work with Casa Fernandez. What is great about the Warped offerings that come from Nicaraguan and TABSA is that all of the offerings are different and create a flavor profile that is like nothing else. Even Sky Flower and Flor del Valle are quite different from one another, though one is simply stronger version than the other. The Warped releases from TABSA have that sweet AGANORSA tobacco flavor, but there is something more and different present with all of them. I found the Corto was a cigar that delivered a sweet tobacco and spice flavor, and while it was not very strong for two thirds, it did grow into being a strong smoke. It had a nice solid body and strength level, and the construction that went with that was great. I would dry box these cigars before smoking, and I believe with some more time in the humidor they will be even better. The cigar gets a 90 rating in my book and I am one that wants to see the Corto offering do well over the years so I can collect all of the annual offerings. 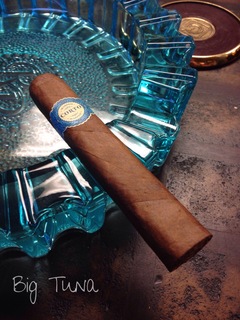 Beautiful smoke (looking and tasting)...I really like the size, and I totally agree, very "AGANORSA" in profile, which is to be expected...after smoking my first one I instantly picked up another 5er. Great review Seth!