2016 has been a big year for Casa Fernández and at IPCPR the company had several new releases of their own. The company is well known for their work with individuals in the industry, but when it comes to their own brand they don't get the attention they deserve. From line extensions to brand new lines, it was the biggest years I can remember for Casa Fernández. Even with the announcement of these new cigar lines and vitolas, the company quietly announced that they were now using a second factory in Nicaragua. That would leave them with a factory in Miami, Florida and two in Nicaragua. Pretty impressive! While I will talk about a release from their second Nicaraguan factory in the future, today I am focusing on one of the new cigars that comes from their well known Nicaraguan factory, TABSA. The cigar is called AGANORSA Connecticut and it is their first national Connecticut release. That's a really big deal for a company like this. This is a company that is known for producing Nicaraguan puros from their own tobacco and occasionally Mexican San Andres wrapper releases. So, for them to branch out and use Ecuadorian Connecticut tobacco is exciting. 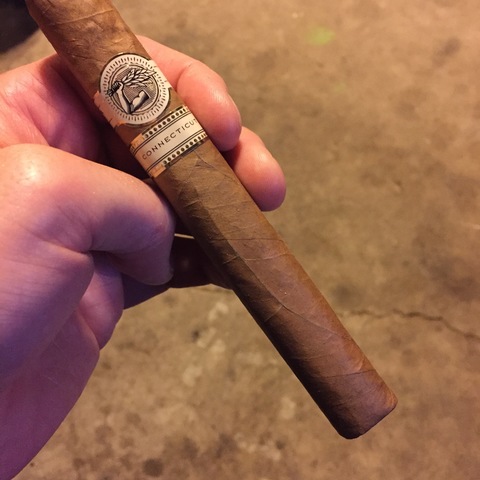 The Connecticut is beautifully pressed and comes with a great triple cap. The Connecticut wrapper has a slight Colorado hue to it, but it is mostly delivering that Claro color that comes with Connecticut offerings. The wrapper has some veins throughout, small to medium in size and the wrapper is silky overall. It is firm throughout and the wrapper is delivering an aroma of cream and hay mostly with some soft spice and fruity notes also. The foot is a little different and it is delivering a rich earth and fruit stew quality. 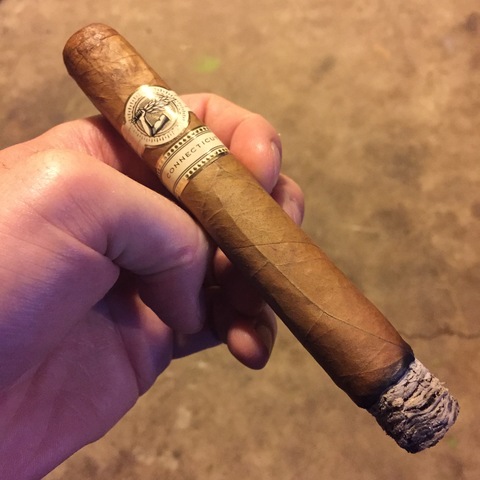 The first third opens up by delivering that classic Connecticut flavor profile. There is some creaminess present with touch of hay and cedar, but with the blend beneath the wrapper there is a lot more going on. I am picking up some solid spice notes, soft black pepper qualities and with that are some leather and earth qualities. It is a filling Connecticut offering and there is some body and strength to the cigar. I would classify the cigar as being medium-full in body, medium in strength and the flavors are at that medium-full level as well. The construction is top notch and the cigar delivers an even burn line with a firm charcoal ash on the end. The draw is cool and with that is great bit of smoke being produced. 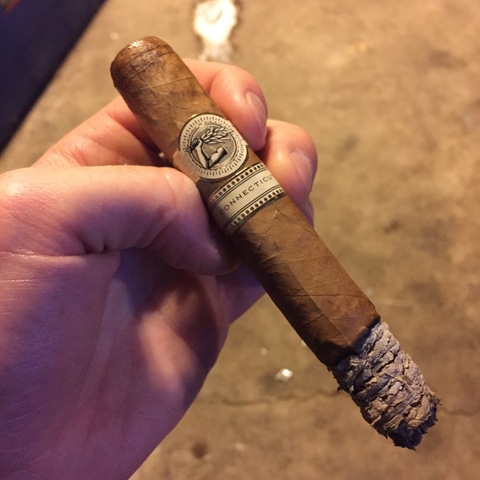 I am in the second third of the cigar now and finding the flavor profile to becoming more complex while increasing in body. Those core Connecticut flavors are softer than they were before but still present and showing that cream and cedar flavor. The main flavors now are the rich earth, some stone fruit flavors and soft spice. It is one of the most complex Connecticut smokes I have had and it is paired with so many great qualities. I would classify the cigar as being medium in strength now and the body is at that medium-full level as well. The flavors are medium-full and in terms of construction the cigar is showing an even burn line with that solid ash. The coloring of the ash is that solid charcoal color and the draw is cool with a nice bit of smoke. 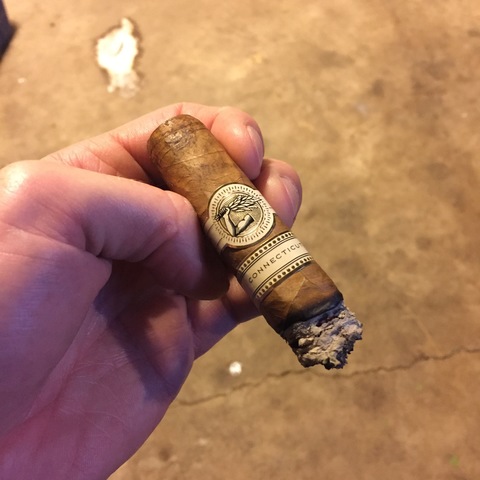 When I get into the final third of the cigar I find that the flavor profile is showing transitioning once again from the second third. I find that the spice level is increasing, but it is not overly peppery. There are still some creamy aspects present with the cigar, cedar and hay notes as well, but it has a finish of rich earth and tobacco flavors. The construction is top notch till the end and the cigar is delivering an even burn line with a firm charcoal ash on the end. The draw is cool and there is a nice bit of smoke being produced to the end. The finishing strength level is at a medium level still, body at medium to medium-full and the flavors are medium-full. It has a great finish. 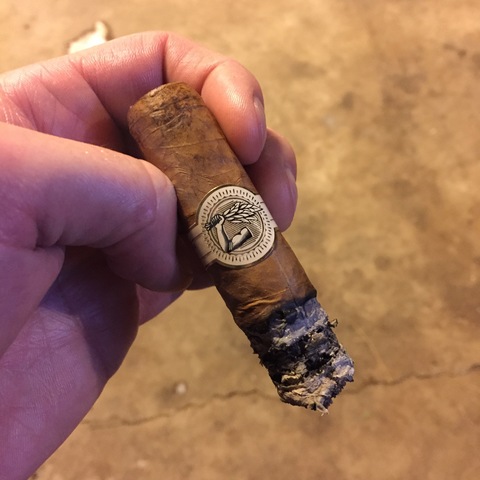 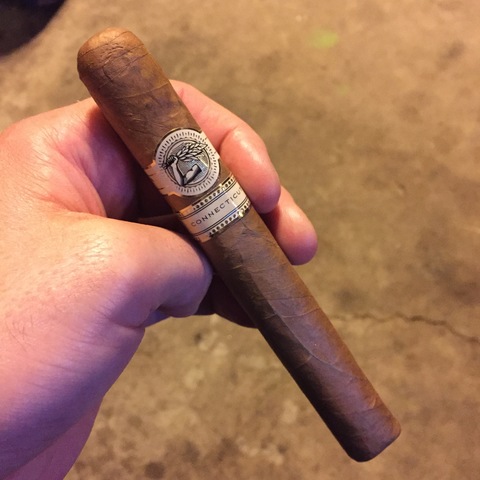 Comment by Sam C. on October 18, 2016 at 9:10pm
Love the review, Seth. Look forward to picking these up. I wonder how similar these are to the Thompson's Casa Fernandez Connecticut Reservas.