The Camacho Shellback is the first cigar released in the Brotherhood series. The Shellback is available in one vitola (6 x 50 toro) and is limited to 4,000 20-count boxes.

We recently had Dylan Austin, Dir. of Marketing for Davidoff Geneva, on CigarChat and we talked in depth about the Shellback. The video is below. Please excuse the connection issues.  The interwebs were angry that day, my friends. 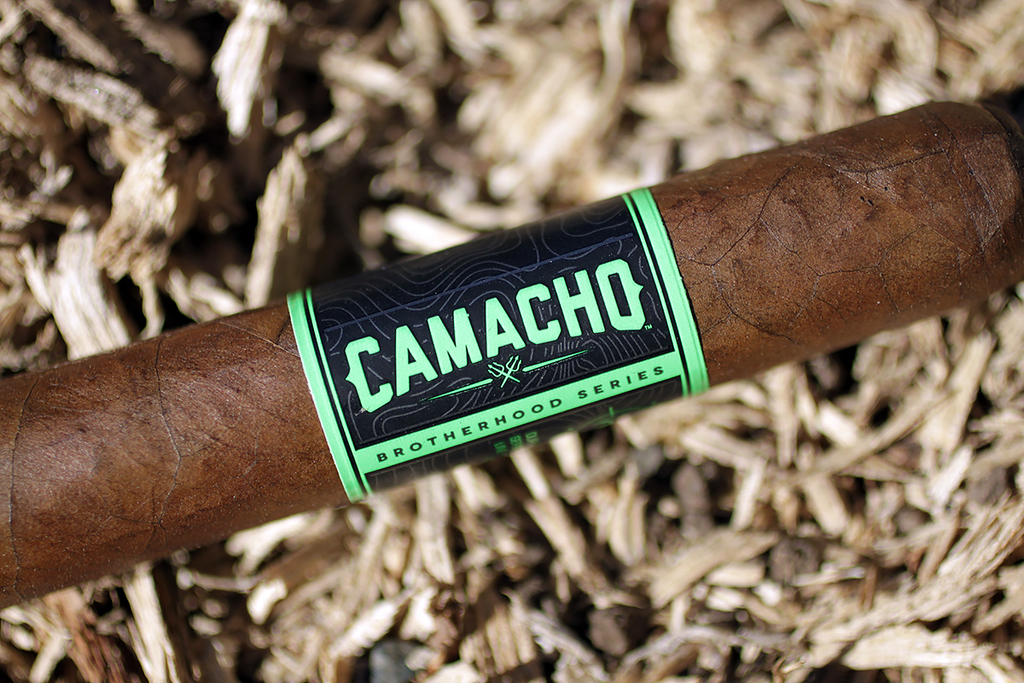 Pre-Light:  I grew up in the 80's and 90's so I neon colors hold a place in my heart.  Neon green always draws my interest so I was immediately drawn to the Shellback.  Everything about the look of this cigar is cool and bold.  All of this is very much in line with the Camacho branding.

The Ecuadorian Habano wrapper on the Shellback was beautiful and oily.  It gave off notes of cedar, warm baking spices and sweet tobacco.  You'll notice those are all very good things.  I used a punch and found a perfect cold draw with notes of dough, oatmeal and cinnamon.  The oatmeal was a surprise to me.  I don't get that flavor too often, but it was unmistakable.

Beginning: The initial inch of the Shellback was dominated by baking spice on the retrohale.  It wasn't an overbearing spice, but it left little doubt that it was in charge.  Notes of dough and roasted nuts were present on the finish and become more pronounced as the spice mellowed.  Half way through the first third things became much more balanced and a mild nougat sweetness appeared.  This balance of roasted nuts, sweet nougat and warm baking spice was quite enjoyable. 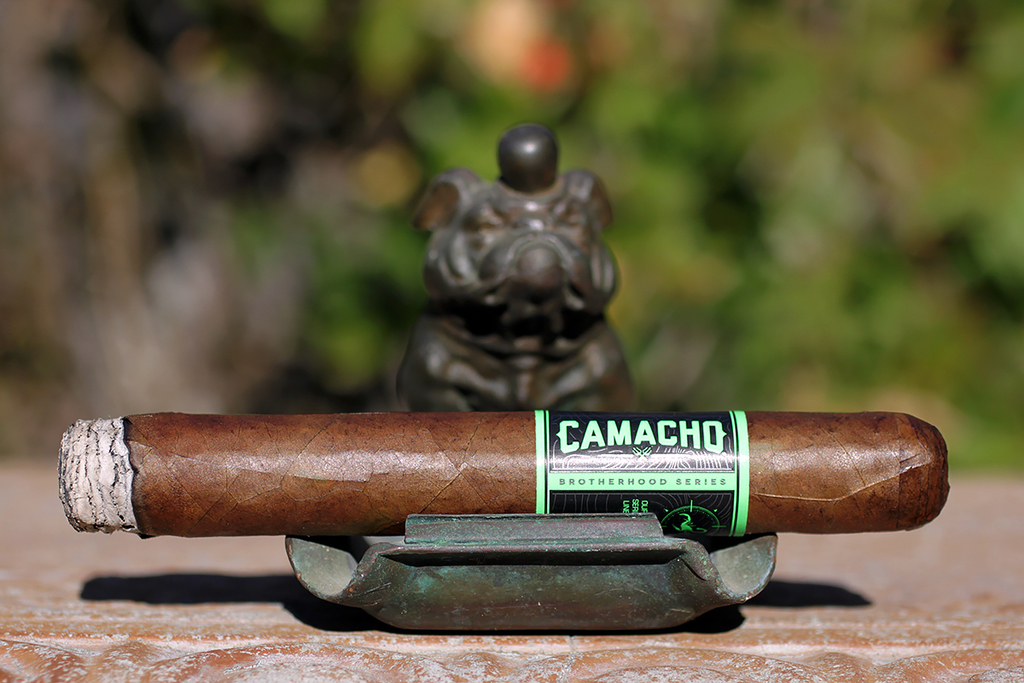 Middle:  The spice picked up again and it never looked back.  The sweet nougat notes were pushed to the back and we were left with roasted nuts, backing spice and a newly added note of peppercorn.  The profile took on a more earthy flavor and while it was still enjoyable, I found myself missing that sweet nougat.

End:  The spice rollercoaster continues.  For those of you scoring at home, here is a spice recap.  It started out hot, then it mellowed bringing the nougat sweetness.  Then it got hot again and killed the sweetness.  In the final third it mellowed again and brought on more of that lovely nougat.  The strength topped out at a manageable medium-plus. 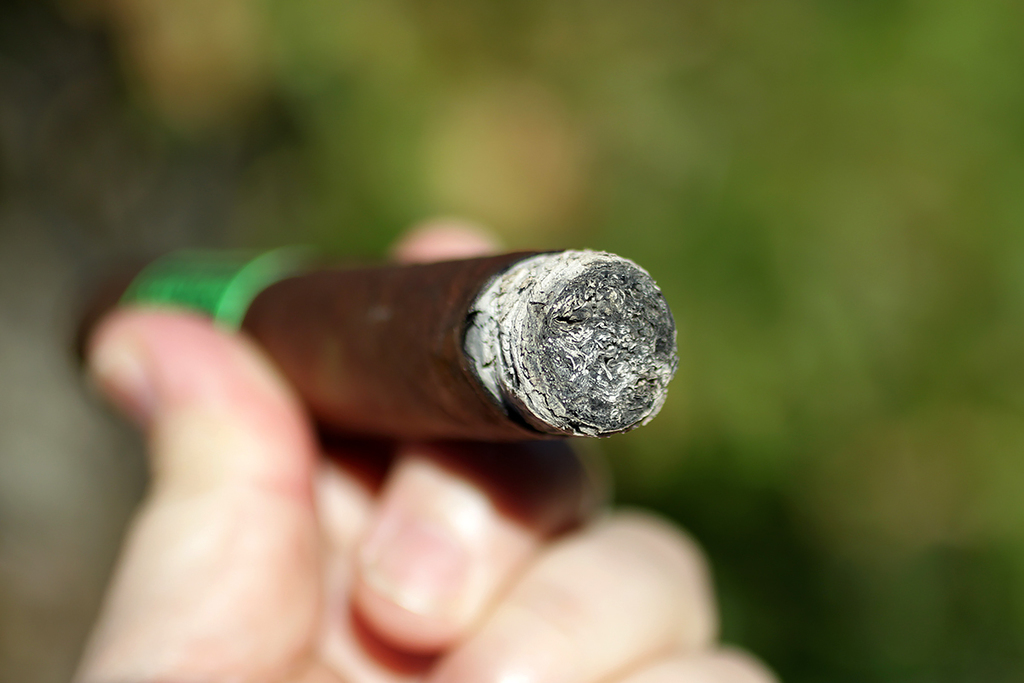 Final Thoughts:  The Shellback kept me on my toes.  Every time I got used to the profile it switched up on me.  The balance was out of whack when the spice took over, but it always seemed to come back to center.  And the flavor profile ended really well.  I have a feeling these will be REALLY freaking good in about a year.  I have a few samples left and they are buried in the humidor.  I put a sticker on the package that says "smoke after 7/1/16."

I have a feeling that the redux review in 2016 will have these in the 90's.  The price is a bit high at $12 per stick, but it looks like 5-packs can be had in the low $50 range.  That price is reasonable for the performance and smoke time on these.  Each sample I smoked burned for almost two hours. 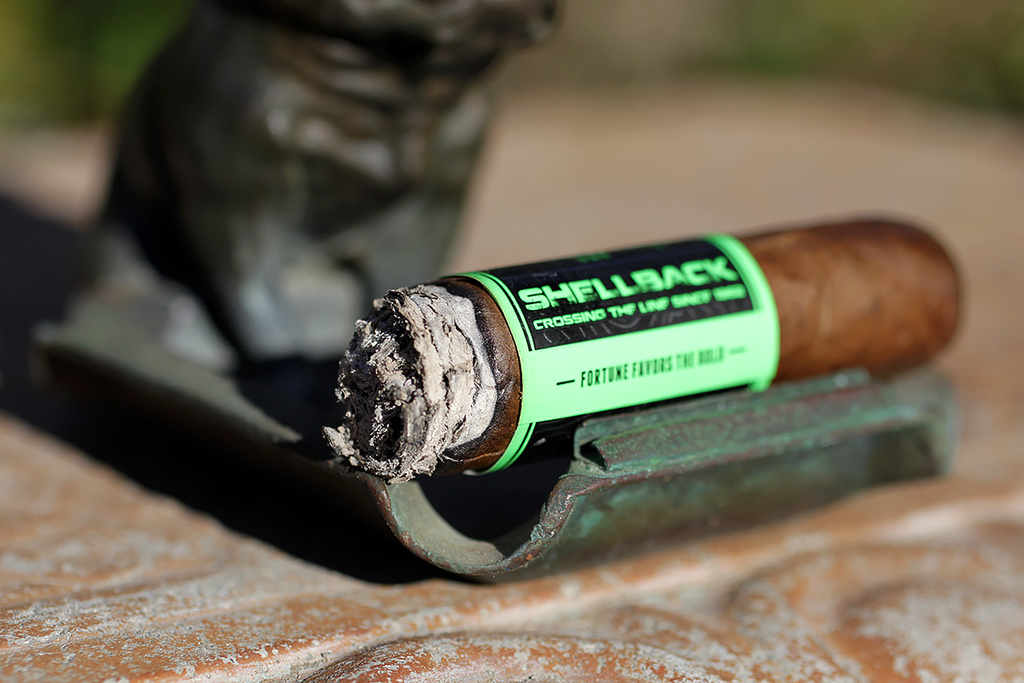 Nice review Rob.  This one sounds interesting and I'm tempted but there are many newish cigars that I know I love under $10 that makes this is tough sell for me.