This cigar was part of a 5 cigar sampler pack that I ordered from an online Cuban cigar supplier. They run a contest each year where you buy a sampler of cigars, smoke them blind, and then have to make a guess as to what they are.

If you get all 5 correct you get a significant gift certificate through them. Unfortunately I don’t have as much experience smoking Cuban cigars as most of the other members, but it sounded like a fun contest so I signed up. 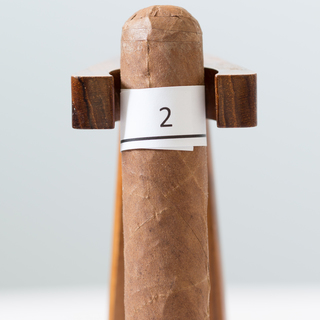 Hay and some spices. I’m detecting some light pepper on the wrapper. It’s very faint.

All of the 5 cigars in the taster pack are robusto vitola, measuring 4.9” by 50 ring gauge. They’ve clearly been carefully selected to either be as similar or possible, or for the slightly longer ones to throw you off the hunt (I’m guessing one offs that are longer than they should be).

An industrious person might use the CubanCigarWebsite to narrow down the possible production choices to 10 (4 of which I have in my current inventory). 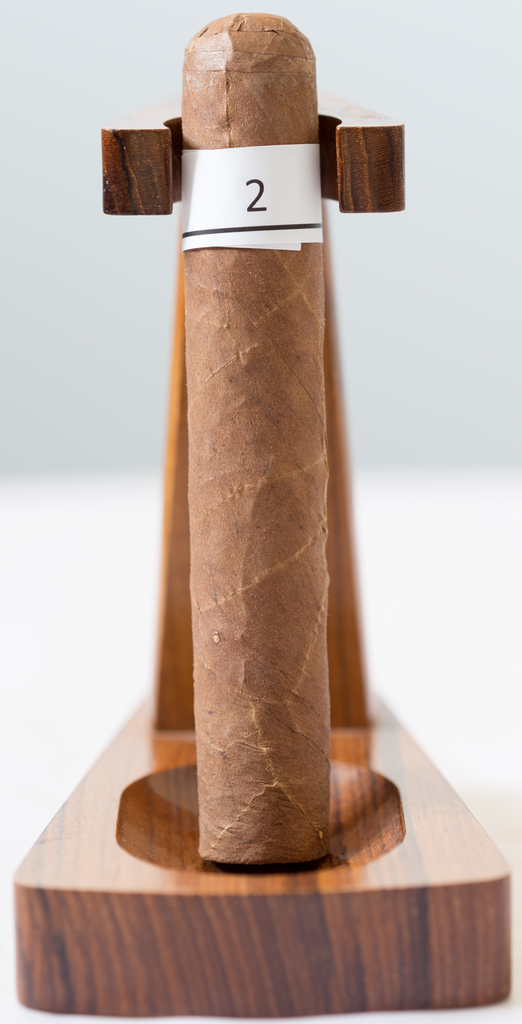 First few draws are equal proportions of  pepper with a creamy sweet combination. After the first third establishes itself I start to get some light hay with bitterness at the end of the draw.

My initial impressions are that the flavors are all over the map. The flavor profile seems to change with each draw.

The bitterness starts to wane about 15 minutes in.

So far this cigar has all the characteristics of a really young Cuban stick that needs a good amount of time to age.

The flavors have settled down by the second third.  Hay and light spices seem to be predominant. There is a bit of creaminess that develops but it’s subtle.

At this point I have no idea what this cigar this. Not a clue.

Slightly harsh and earthy going into the last third.  The flavors don’t develop much as it finishes.

Boat loads of smoke production off this stick. I can’t remember the last time I had a Cuban that was like a chimney single v-cut put the draw right where it should be.   Total smoking time was 1 hour and 39 minutes.

This is absolutely a case where value is going to be subjective. The 5 cigar selection tasting pack was $85, which works out to $17 a stick. This can either be a good value or a bad value depending on what exactly was included. The real win for me here is the chance to participate in a fun experiment, not to mention the chance to win a $500 US Cuban cigar shopping spree.

I didn’t really enjoy this cigar.   It had moments of enjoyment but taken on the whole I would pass. My impression is that this would be quite good with at least a year if not two years of age on it.

I tried to match up my review notes and ended up finding a source that had most of the same matching profiles through each third.   My final guess was the Ramón Allones Specially Selected which unfortunately was incorrect.   The correct cigar was the Hoyo de Monterrey Epicure No.2.

Hopefully I have better luck with #3!