I was recently contacted by a company called Bespoke Cigars out of Estonia, a country in Northern Europe touching the Baltic Sea for all of those struggling with geography, and they asked if I was interested in smoking some of their cigars. Me being me, one who is interested in trying everything out there, said yes. At this time, I didn't know where their tobacco came from and who made them, but I soon discovered that their cigars were made in the Dominican Republic and were made by Hendrik Kelner Jr. My reaction after reading that can be summarized best by The Notorious B.I.G., "it's all good baby baby." I actually did not know anything about the company either, just that they were out of Estonia, but when you have your symbol on the bands be The Colossus of Rhodes, confidence and faith in the company rises. Enough of the introductions though, let's take a look at one of their offerings, the Bespoke Basilica "C." 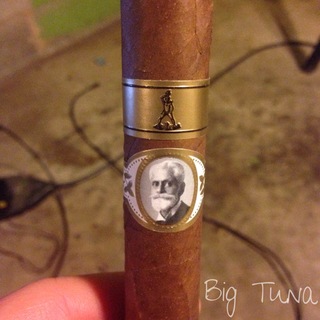 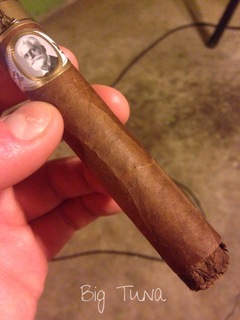 The cigar has a beautiful Colorado wrapper and it is a smooth wrapper that shows few veins throughout. It comes of as being seamless, and the cigar has a large cap applied. The cigar sports a shaggy foot and it is a tight extended foot that is not shaggy or loose. The aroma on the wrapper is that of sweet tobacco and spice notes, and it is showing some tea and hay notes with that. The foot has a bolder aroma and it is giving off pepper and strong tobacco notes. 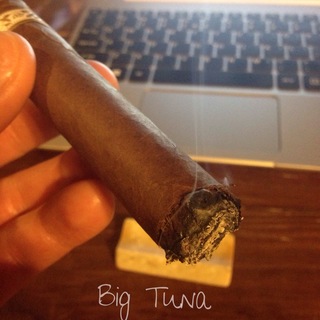 The cigar opens up by delivering some seasoned wood flavors and there are some toasty qualities on top of that. There is saltiness preset with that, and it has some black pepper notes as well. I am picking up faint anise qualities on the finish, and it has a grassy flavor with that. I would say that the body is smoking around a full level, and the flavors are between medium-full and full. The strength is on the fuller side of the spectrum as well, and this is a balanced smoke. I am finding that the draw is simply perfect for me, and with each puff is a nice bit of smoke. The construction on the burn line is perfect and I am getting an even burn line with a firm charcoal ash on the end. I am in the second third of the cigar now and it has been showing some great transitioning. There is a nice bitter lemon flavor up front, and it is paired with some tobacco and pepper notes. I am getting touches of hay, cedar and meaty qualities, and it has some leather and coffee notes as well. Overall, a very different experience from the first third and fantastic overall. I would say that the cigar is smoking at a medium-full level in terms of body and strength, and the flavors are right there as well. The construction remains top notch and I am getting an even burn line with a nice charcoal ash on the end. The draw is cool and a good bit of smoke is being produced as well. 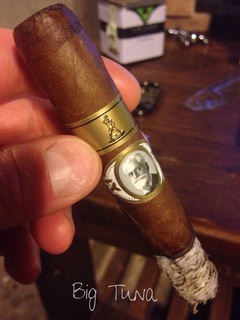 When I get into the final third I find that there is more transitioning from the second. There is a solid flavor profile of seasoned wood and black pepper, and it is paired with some nice lemongrass notes. I am getting faint hints of leather as well and it has a meaty quality on top of that. The finish is of toast, tobacco and cinnamon, and it is a great finale for the cigar. The flavors have remained complex throughout and it has always been balanced. The strength and body are smoking at that medium-full to full level, and the same goes for the flavors. The construction is top notch to the end and it is showing that even burn line with a firm charcoal ash. I find that the draw is still perfect for my liking, and it is cool to the nub. 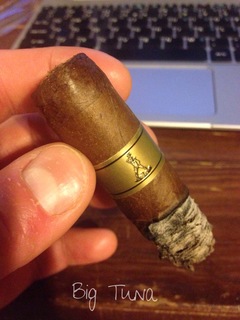 I have had multiple samples of the Basilica C #1, and the samples have been consistent from cigar to cigar, with each of them complex, balanced and truly enjoyable. There is a lot of great tobacco used in the blend and it shows with the finished product. The transitioning of flavors throughout each third was great, something I have not had in a long time, and the flavors of citrus, coffee and pepper were awesome in each third. With the flavors came a nice body and strength level, and to top it off the construction was spot on. .I really enjoyed the vitola of the Basilica C #1, and that 6" by 52 offering really works in this blend. I am not sure on the price of these, but it is a cigar I would have a box of in my humidor. It has some great Dominican and Nicaraguan qualities, but more importantly it has an old school vibe to it, showing some nice strength and being flavor focused. I give this cigar a solid 92 rating. 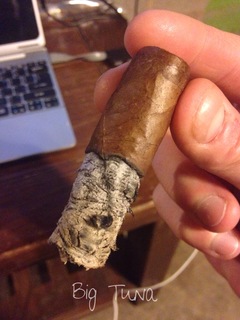 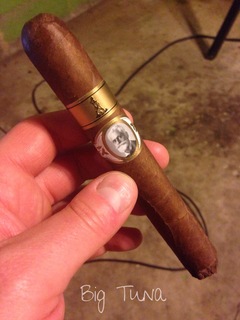 That looks like a very interesting cigar, blend sound quite tasty. Looks like Eastern Europeans put the secondary band on top :-)