The folks over at Quesada Cigars have done a great job of making their brand synonymous with this time of year.  When I think about Oktoberfest I think of malty beers and Quesada cigars.  Tatuaje owns Halloween and Quesada owns Oktoberfest.

2015 was the year that Quesada introduced two limited edition Nicaraguan versions of their Oktoberfest blend.  The Das Brauhaus is one of those Nicaraguan blends and it was one of my favorites last year.  This year's blend is said to be the same with the only difference being the vintage of the wrapper.

John and I recently had Terence Riley, General Manager of Quesada Cigars, on an episode of Sharing Our Pairings featuring the 2016 Oktoberfest. Cigars for review were purchased by reviewer 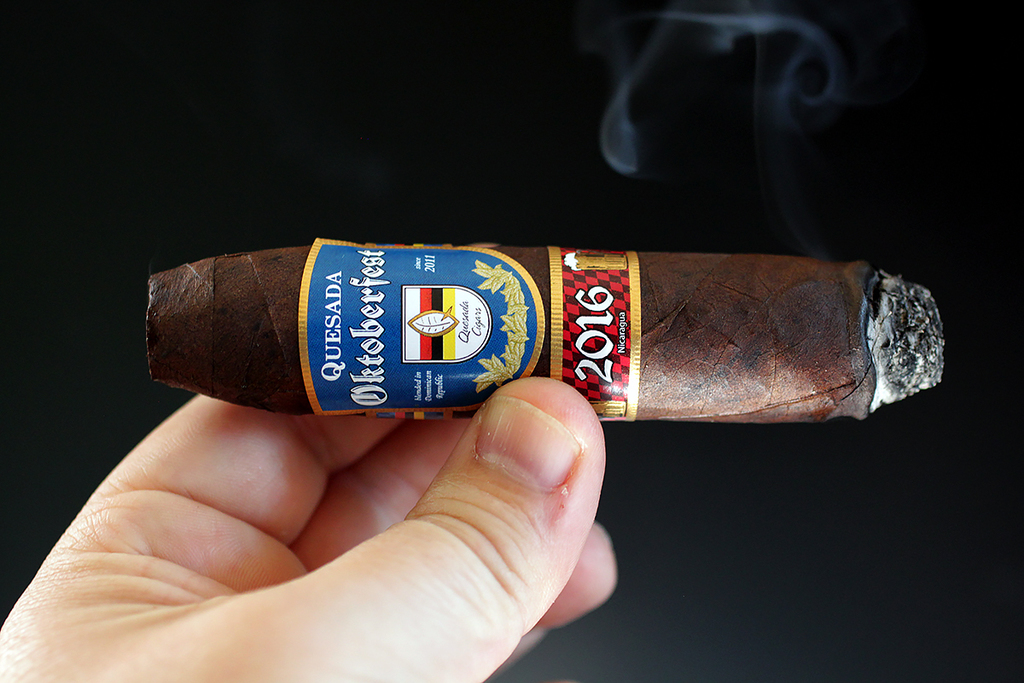 Pre-Light: The short figurado is a fantastic size.  It is one of the few 60 ring gauge sizes that I like and it shows off particular blend shines well.  The blue Oktoberfest band has been around for three years now and it's a huge upgrade over the original band.  The Secondary band denoting the year is a big plus as well.  I also like that the Nicaraguan blends have the red secondary band while the Dominican blends have a blue secondary band.  We often complain that some cigars can be hard to distinguish from one another, but Quesada made sure that was no longer an issue here.

The habano wrapper gave off notes of leather, wood and barnyard.  The cold draw was smooth and tasted of wood, stewed plums, mild milk chocolate, liqueur and black peppercorns.

Beginning: The palate was struck with a supremely rich and chewy that was balanced out by a spicy white pepper on the retrohale.  Rich notes of oak and molasses were complimented by a mild dark chocolate and chewy stewed fruit.  The cigar performed like a champ with tons of smoke production and a straight burn. 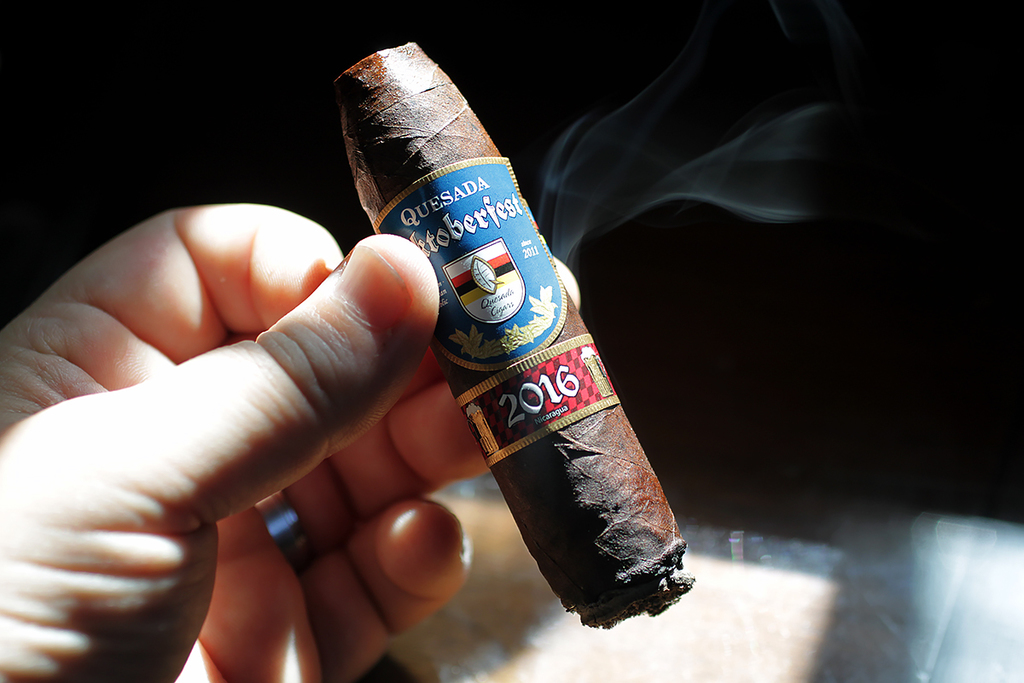 Middle: The spice ramped up a bit on the retro and took on the kick red pepper flakes.  This spice did a beautiful job of cutting through the decadent richness that threatened to blow out the palate.  The profile was so creamy and rich that I would myself looking for more spice to balance things out.  The overall flavor experience was as amazing as I had hoped it would be.

End: The final third brought on a calming of the overall profile.  Everything seemed to take a small step back which allowed the palate to really distinguish all the nuanced flavor.  Notes of rich oak, cedar, milk chocolate, dark cheery liqueur and molasses were all present.  The retrohale provided the balance with the hot red pepper spice and a mild smokey note..

Final Thoughts: This cigar had a lot to live up to.  Had I done a Top 10 list in 2015, the Das Brauhaus would have been ....  So to say my expectations (and excitement) for this cigar were high is an understatement.  I was not disappointed.  The smoking experience was very similar to the 2015 with a few minor changes here and there.  The bottle line is this blend is exactly what I want when I look for an earthy, sweet and spicy cigar. 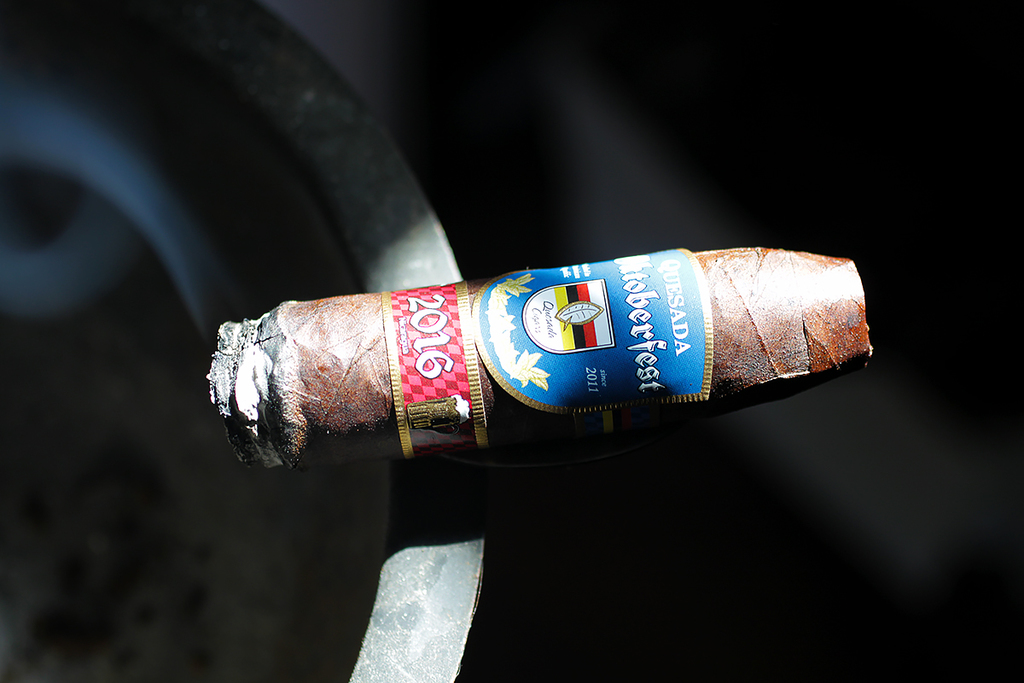 I made the mistake of not stocking up last year.  I have learned from my mistakes.

Nice write-up Robby.  I may need to try this one again.  I only had a single but I didn't like it much as the 2015 version

Glad I picked up a couple of these. Will have one to smoke and potentially one for a show.

I love that they continue to make both the Nica and DR blends, giving everyone a shot at one that fits their style. The DR version is woody, slightly sweet, and ridiculously smooth with a touch of whiskey on the long finish - very traditional Dominican profile.

I need to actually track down the DR version... haven't had one yet this year