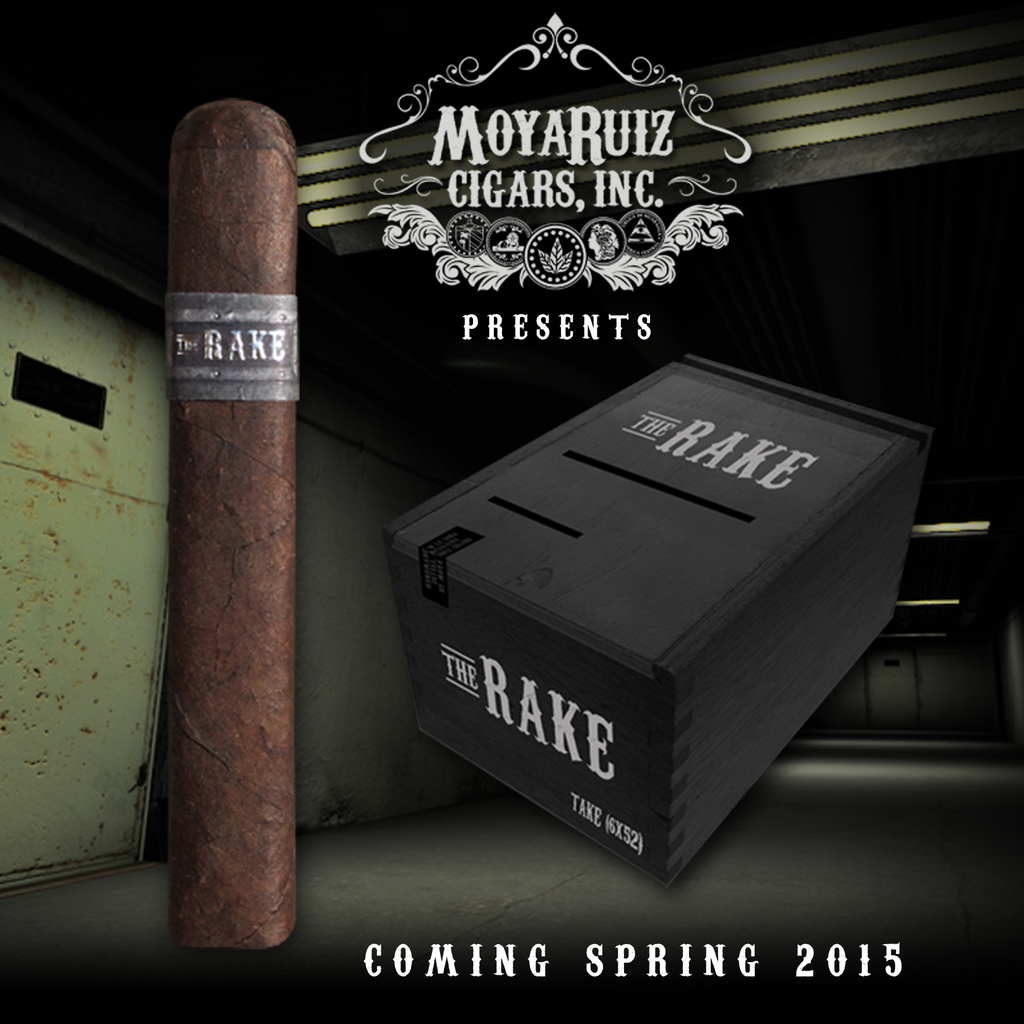 With an intended launch of spring 2015, The Rake will be made at Erik Espinosa’s La Zona factory in Esteli, Nicaragua. The cigars will be presented in classic cabinet-style boxes of 20 and available in 4 different vitolas, Fix (5-5/8x46), Cut (5x52), Take (6x52), and Vig (6x60). Two of the sizes will be slightly box pressed, Cut and Fix.

Danny Moya, co-founder of MoyaRuiz Cigars explained the concept behind The Rake: “The Rake is a poker term which describes the fee taken by the card room for operating the poker game. You gotta pay to play!” said Moya, “and in the cigar business’, this couldn’t be more true.”

As with MoyaRuiz Cigars’ first cigar line, La Jugada, The Rake pays homage to the company’s love of “the game”, and where La Jugada drew from the theme of dominos, The Rake stems from a love of poker. With The Rake, brand owners Danny Moya and Nelson Ruiz plan to give the cigars a different feel from the their previous releases. “Our La Jugada brand had more of a traditional/Cubanesque look, but as for The Rake, we wanted to give it a modern touch. The design of the band is inspired by the speakeasy peep hole found in many doors at underground gambling rooms and the cigar box has two slots on the top of the box to resemble a rake box” said Moya.

MoyaRuiz is describing The Rake as a med-full bodied, full flavored cigar - incorporating a powerhouse blend of four ligero leaves. Two from Jalapa which are sweeter and two from Esteli known for their strength. The wrapper will be Connecticut Broadleaf. Even though The Rake will feature four ligeros  it’s very balanced because of the other leaves in the binder and filler. Truly showcasing the quality blending coming out of the La Zona factory. “We want to keep pushing the envelope, with full and complex flavors,” said Moya.

Special thanks to Erik Espinosa and Hector Alfonso Sr. for working closely with us on this blend.