GRANADA, NICARAGUA – April 28, 2015 – Granada based Mombacho Cigars S.A. (Mombacho) announced today that it has released a highly limited quantity of its Liga Maestro line in the US. Originally developed for the Italian market, Liga Maestro will be sold through a select number of US retailers in the next week.

The Liga Maestro brand is a collaboration between Mombacho Master Blender Claudio Sgroi and Italian cigar luminary Stefano Bertini who developed the concept in 2012. Sgroi created the blend to be a distinctly flavorful Nicaraguan puro specifically for the Italian premium cigar market.

The blend of tobaccos from Jalapa Valley and Condega was an immediate hit with Italian retailers quickly selling out and the cigar being rated #3 in Italy by Cigars Lover Magazine. The brand is now slated for expansion into the rest of the continental European market. 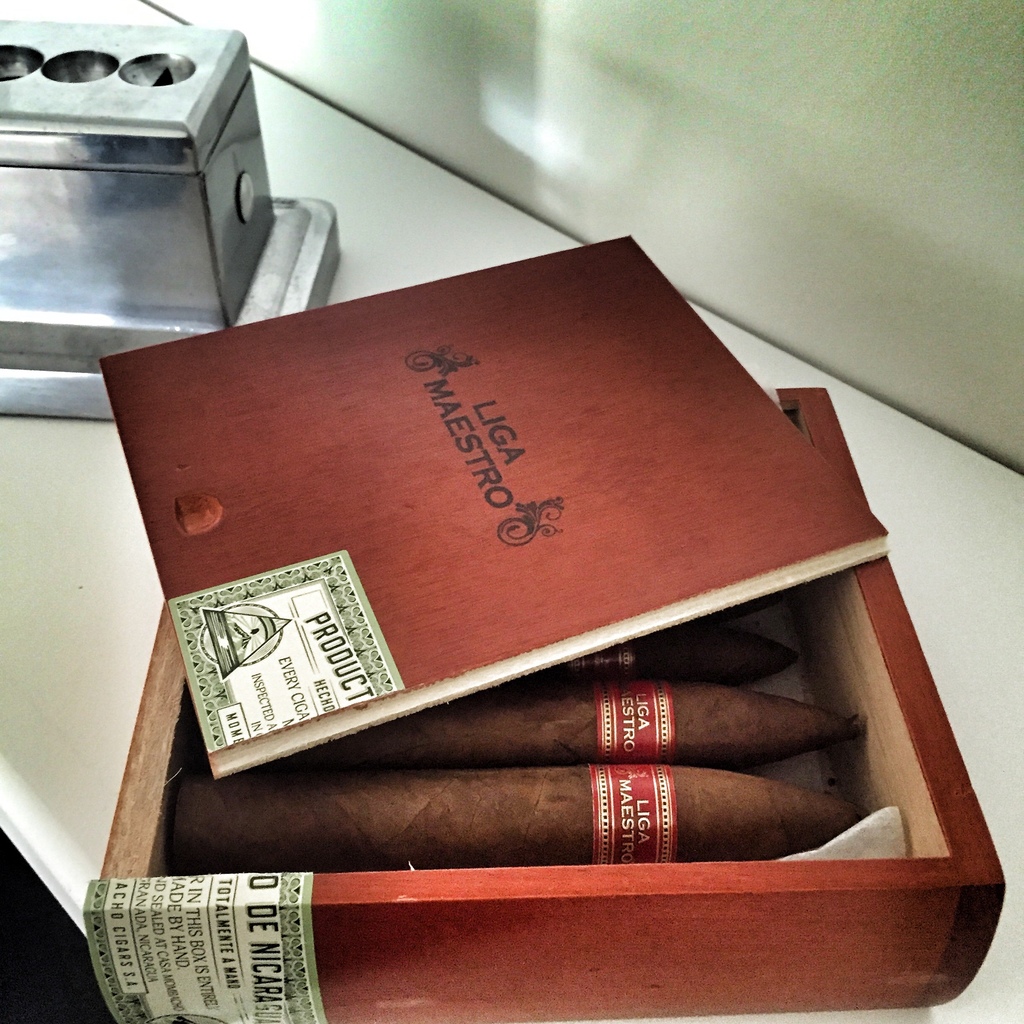 “Liga Maestro is an important project for Mombacho to show Nicaraguan tobacco blended in a highly sophisticated way to fit the European palette, traditionally dominated by Cuban and Dominican tobacco,” commented Claudio Sgroi. “When our US retail partners tasted Liga Maestro at Casa Favilli in January, we were overwhelmed by their feedback and demand for this cigar. This limited release is to thank them for their support and to give their customers an opportunity to taste a very different Nicaraguan cigar.”

Mombacho Cigars S.A. was founded in 2006 to provide premium handmade cigars through memorable experiences in select markets around the world, including Canada, China, Italy and since 2014, the United States. Mombacho produces all of its products at its factory, Casa Favilli, in Granada, Nicaragua, where over 30 members of the Mombacho Family work

That is one Beeeeeeyooootiful looking cigar. Have you smoked one?

I have not... I'm probably gonna hit up Cigar Hustler (none of the locations listed are local to me) and try to get a 5er... the Tierra Volcan is rapidly climbing my list so I need to try this one...

Comment by Charlie on April 30, 2015 at 10:23am
I have heard great things about this blend, I'll be after a few of these for sure! Very unfarmiliar with Mombacho but its time to get around to smoking some!

Sure wouldn't mind firing up one of these bad boys!!