Nomad Cigar Company has always been interesting because of its unique style of branding, and marketing. I have always said that company founder, Fred Rewey, is a genius for being the first to put his Twitter handle, @GodFadr, on a cigar band. Still, my favorite piece of marketing was around the mailing of a kitten by Fred.

With Fred’s second release the uniqueness continues. According to the Lot 1386 Press Release, this cigar will be a limited run of 307 twelve count boxes. For those wondering, that means only 3,684 Lot 1386 cigars will be produced. This is a little odd since most limited runs will consist of 500 twenty count boxes for a total of 10,000 cigars.

When I asked Fred about the composition of the Lot 1386 he said, “he started with some really exceptional ligero, and went from there”. That is music to my ears since I am big fan of ligero and the power it adds to cigar blends.

Enough babble, time to get kicking on this review.

Cigar Provided By: Fred Rewey himself Conclusion: The Nomad Lot 1386 is a must try based on the flavor and the complexity of the cigar. I had a few construction issues, which Fred addresses below, and when fixed easily moves the Lot 1386 into the must buy category. I think Fred hit the nail on the head with this cigar. I look forward to smoking a production run of the Lot 1386 to see if the construction issues have been corrected. 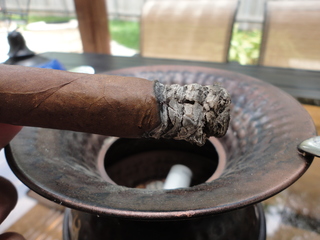 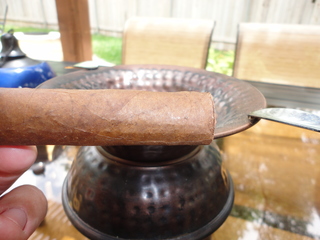 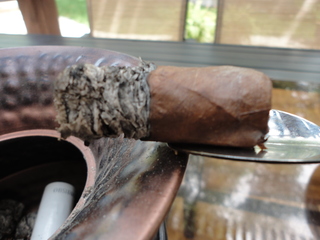 Sounds great - looking forward to snatching one of these to try! Thanks for the review

Look for a special opportunity to get your hands on them, before you can buy them! Details on CigarChat this Thursday.

Thank you for posting a link to the kitten back story!  I needed a laugh!

I know. That kitten story is amazing. Makes me laugh every time I read it.