While I was down in Cuba in November 2014 for the Partagas festival, I had the opportunity to attend a Canadian regional edition tasting.

My good friend Louis from Canada Humidor was going to be out of Havana and asked if I would attend on his behalf. My other good friend Keith from Lights-Sirens-And-Cigars also attended the tasting.

If you haven’t heard of La Flor de Cano before, you’re not alone.  They are pre-revolution with small production quantities.

The Siboney Exclusivo Canada will be released in 25 count boxes as a 2,000 box release. The MSRP in Ontario, after all taxes and duties are assessed, is expected to come in around $18 - $19. “My impressions of the La Flor de Cano Siboney Exclusivo Canada 2014 is that it was not ready for release.”

The nose off the La Flor de Cano was that rich sweet Cuban tobacco along with some hints of barnyard and hay.

The first opens up as a big surprise, as I don’t get any of the notes I had picked up on the nose. A big blast of pepper along with a citrus and sour note that lingers post-draw. Some people were mentioning that they found the draw too lose, but with a guillotine cut I found the draw midway towards the tight end.  On the retrohale I’m getting some dried prunes, raisins and still a sharp bite of pepper. The start here is very full bodied. I was quite taken aback to have a Cuban cigar this full bodied, especially without any warning. 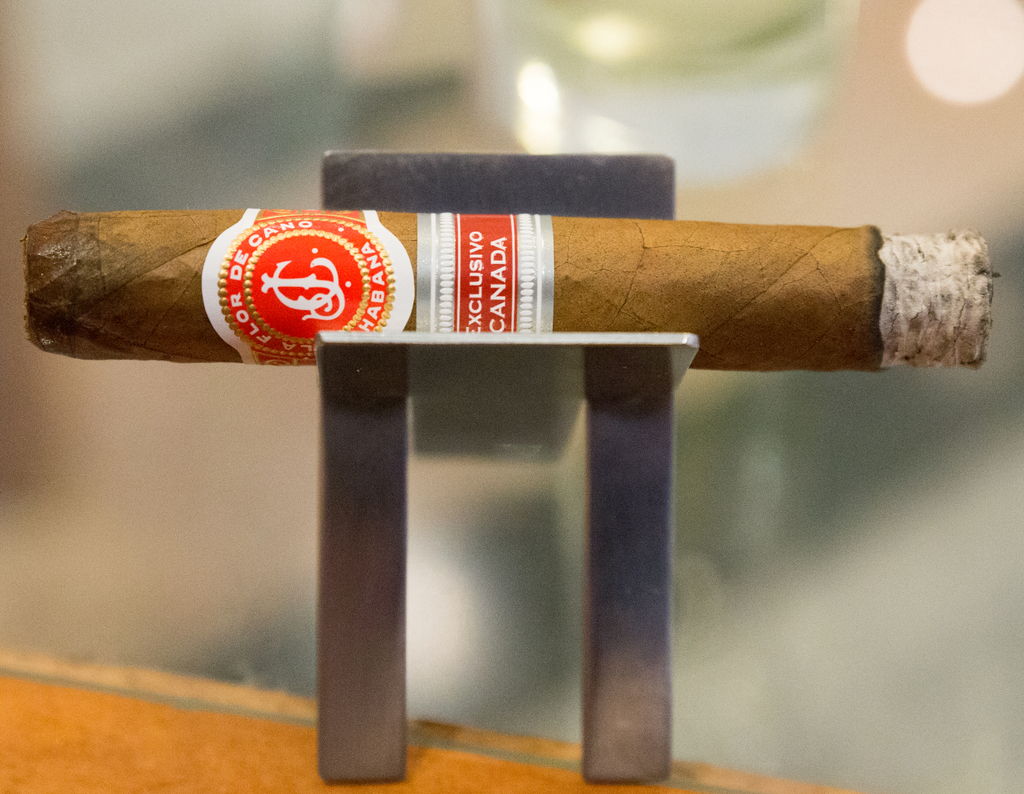 The second third is more of the same with the pepper falling off and some subdued notes of dried wood coming through. Not much complexity here at all, I’m still waiting for the flavor profile to develop. That sour finish is still present in the middle third but not as strong as the first third. The overall strength has thankfully decreased to just under a medium-full level. I have to set the cigar down several times as it is burning fast enough to smoke it in 20 minutes.

The last third was more flat in the profile than the second third. The profile just never ended up developing for me.

My impressions of the La Flor de Cano Siboney Exclusivo Canada 2014 is that it was not ready for release. It’s possible that the rainy environment contributed, and my review was not done under ideal conditions.

My biggest concerns are that La Flor de Cano is not a well known Marca for the average smoker, the vitola is very small, it is competing against fantastic cigars around the same vitola, and the price point in the Canadian market puts it at a huge disadvantage. As a consumer I think the 10 count box size is the ideal target for the Canadian market. I can see Canadian B&M retailers having a tough time moving 25 count boxes of these.

I hope my assessment doesn’t come across as too harsh or negative. I sincerely hope that the La Flor de Cano Siboney Exclusivo Canada 2014 develops into an outstanding cigar in 2015 and flies off the shelves.

At that price?  GTFO

I love that size too, I can get them for $7. I wouldnt smoke one of those for at least a year, especially at $20 a pop those buggers damn near have a 2015 production date, way to young. Anyways thanks Surgeon for testing one for me ;) now I dont have to waste one....

The burn on these was insane. I'd set it down and it would just keep chugging along. In Canada I could see this cigar smoking itself in under 20 minutes.