Kyle Gellis posted a teaser to Instagram andTwitter announcing that the La Colmena Black Honey would be coming soon.

Kyle just got back to us with some more information on the project.

La Colmena Black Honey was a forgotten project I did in Jan of last year, with about 600 cigars being produced, they actually were placed in the aging room and forgotten about when other production of Colmena and Oso were placed in front of them, so they have been aging ever since. 60 bundles of (10) cigars will be available, the vitola is a 5 x 48 Belicoso, the blend is a tweaked Colmena with a Oso capa (Habano Oscuro).

Shipping to retailers in 2-3 weeks to select retailers. Jose (same category 9 roller who rolls PaPa and La Colmena Unico Especial) was responsible for the production. 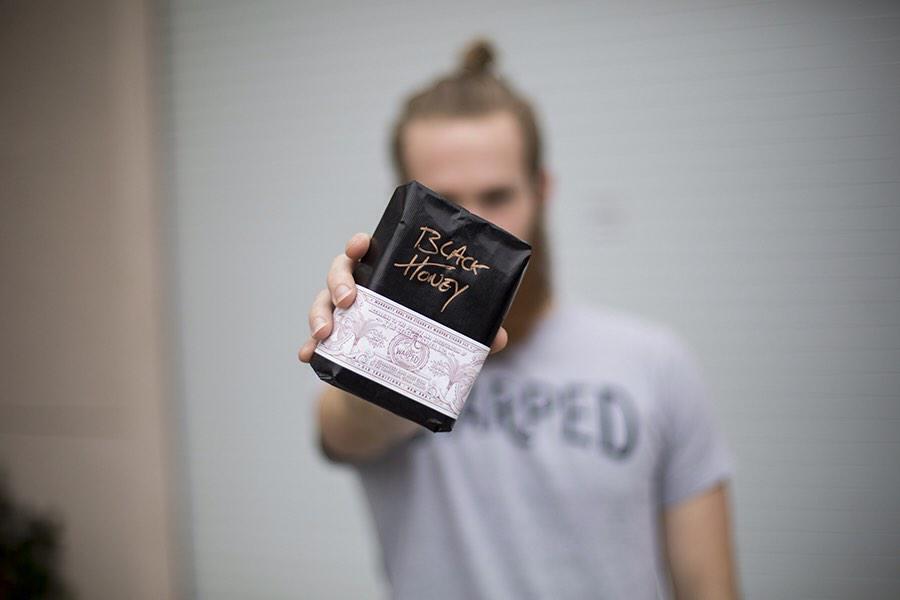 More information on the upcoming release as it becomes available.

I got the hook on a bundle of these...

Save me one for our trade ;)

will do brother! I see Union is going to be getting the new Caldwell LE, same with my local shop :-)

I smoked that La Colmena you sent me Charlie, that sucker was awesome!!!! I'm on board for these as well