General Cigar contacted us with details on a soon-to-be-released Honduran-made collection called Punch Signature. Punch Signature will ship on March 2 and will be a full-time addition to the line. 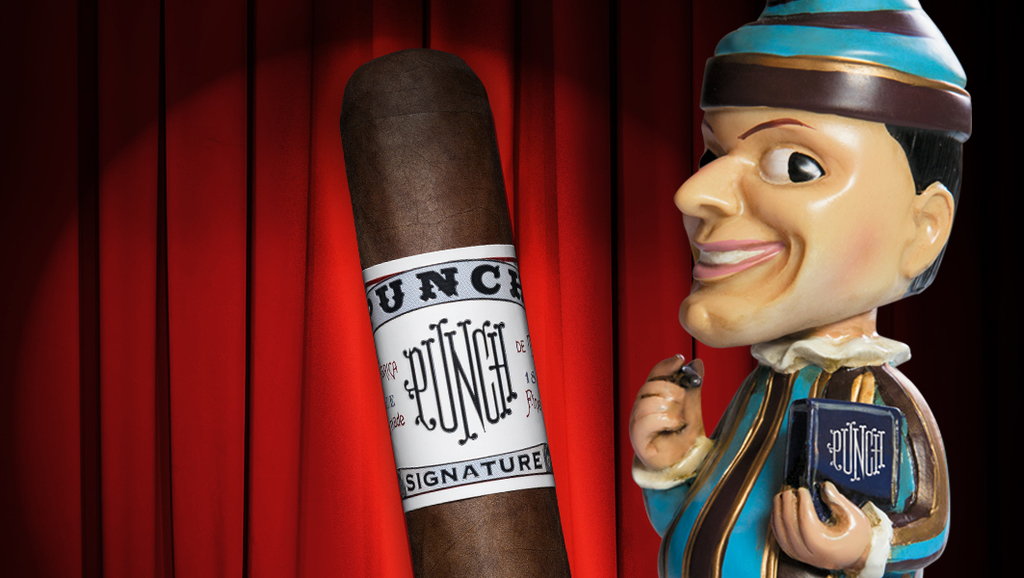 Full blend details have not yet been released.

Master Blender Agustin Garcia hinted that Punch Signature “was inspired by the original Punch” and that it “mixes tradition with modern tastes.” He also said that he and his team “spent three years developing the blend.”

The band is a re-creation of artwork developed in the 1800s for the first Punch cigars. The back of the band features Mr. Punch and his dog, Toby - a throwback to the original Mr. Punch character. 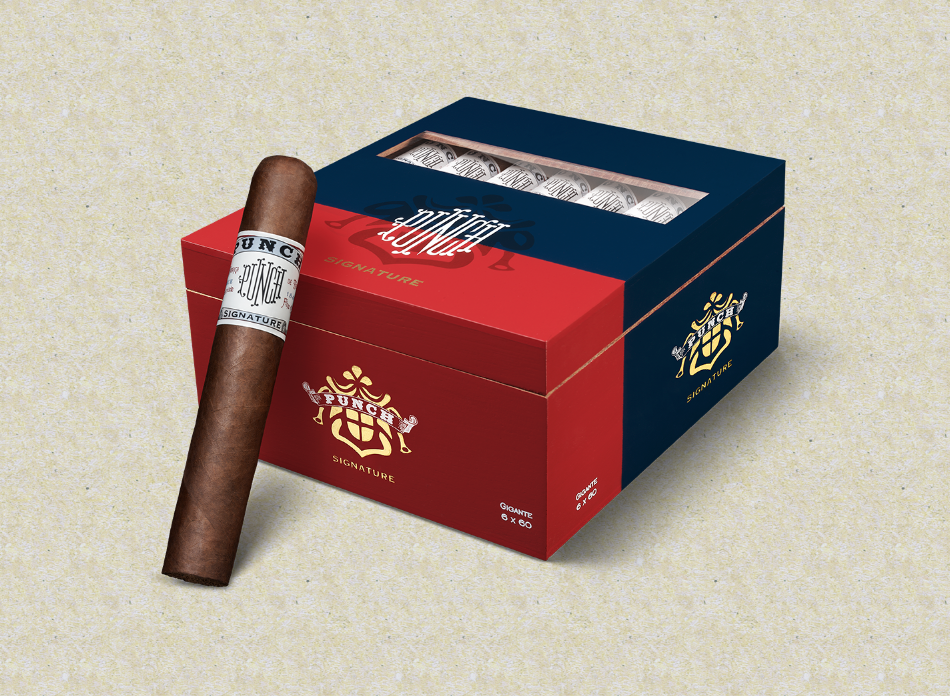 The Punch Signature box is a mix of old and new. The presentation is bold with color blocking and features an acrylic window to showcase the band, even when the box is closed. The lid features the script typeface that was originally used in the 1800s. Each cabinet-style box holds 18 cigars, to maximize retailer shelf space.

Cigar smokers are encouraged to interact with Mr. Punch, the brand's mascot, leading to the launch. Mr. Punch will create custom memes on cigar-related photos submitted on Twitter or Instagram (@PunchCigars), with the hashtag #NiceBurn. Photos can also be submitted via email to mrpunchcigars@gmail.com. Cigar smokers can visit the Punch website to see what Mr. Punch has to say about their photo. They can also visit PunchCigars on Facebook for details on Punch Signature.