Hialeah Gardens, Florida (June 6, 2013) - Espinosa Premium Cigars is proud to announce they will be introducing a limited edition cigar for their full bodied 601 La Bomba line called "Warhead" at IPCPR this year.  This is the first time the 601 La Bomba line is offered with a Connecticut Broadleaf maduro wrapper. The Warhead measures 6 1/2 inches by 54 ring and is semi-box pressed with the familiar fuse-like pig tail that is found on the 601 La Bomba line. "Although the wrapper is different, we are using the same powerful blend as the rest of the line." said Erik Espinosa.

Warhead is limited to 2,000 boxes of 10 and the packaging is inspired by several themes in the World War II era. When unraveled, the foot band on the cigar is revealed to be in the form of a bomb. This "bomb" features nose art or aircraft graffiti, which was common in this era. Most prominent is the shark-face which is a reference to the Flying Tigers, the 1st American Volunteer Group, who would paint the shark-faces on their military aircrafts.

The 601 La Bomba line was first introduced in 2011 and is considered to be one of the strongest cigars in the market. 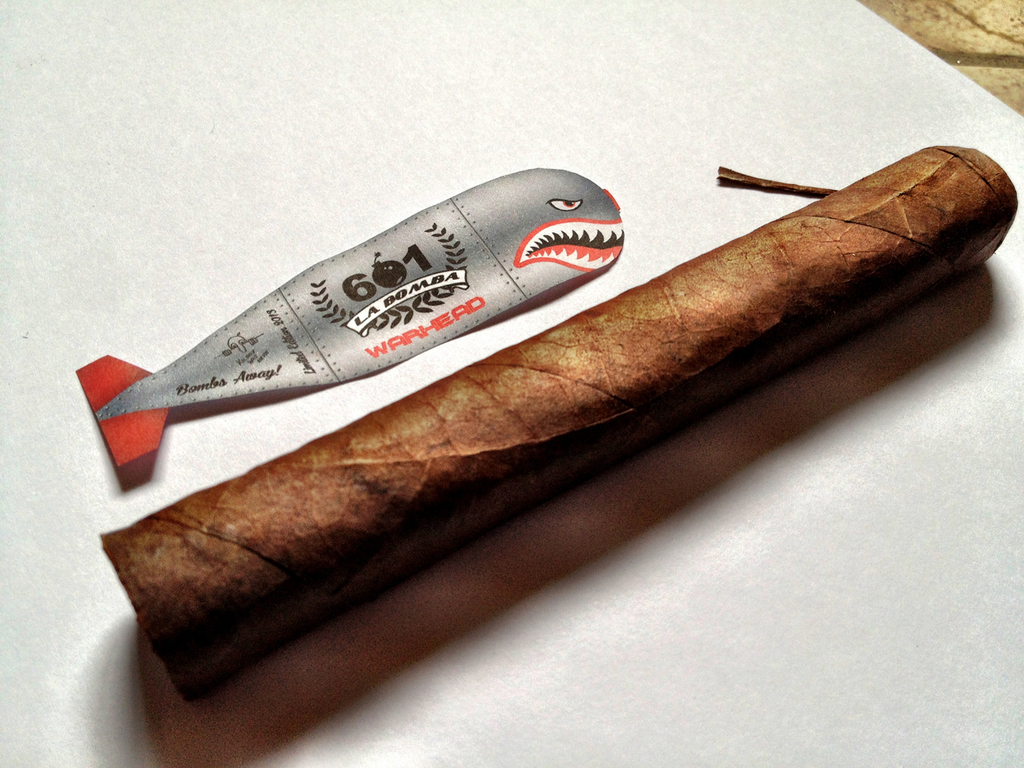