If you haven’t heard the name Hamlet Paredes there’s a very good chance you’ve never been to Cuba. A well known and regarded Torcedor in the Cuban cigar market, Hamlet left and came to the US with his family in November. He started by working at the Rocky Patel Burn lounge in Florida. Now he has a new cigar line coming out in September called the Tabaquero by Hamlet Paredes. You can check out my interview with him here:

Here Hamlet has been rolling oversized Culebras all day long. 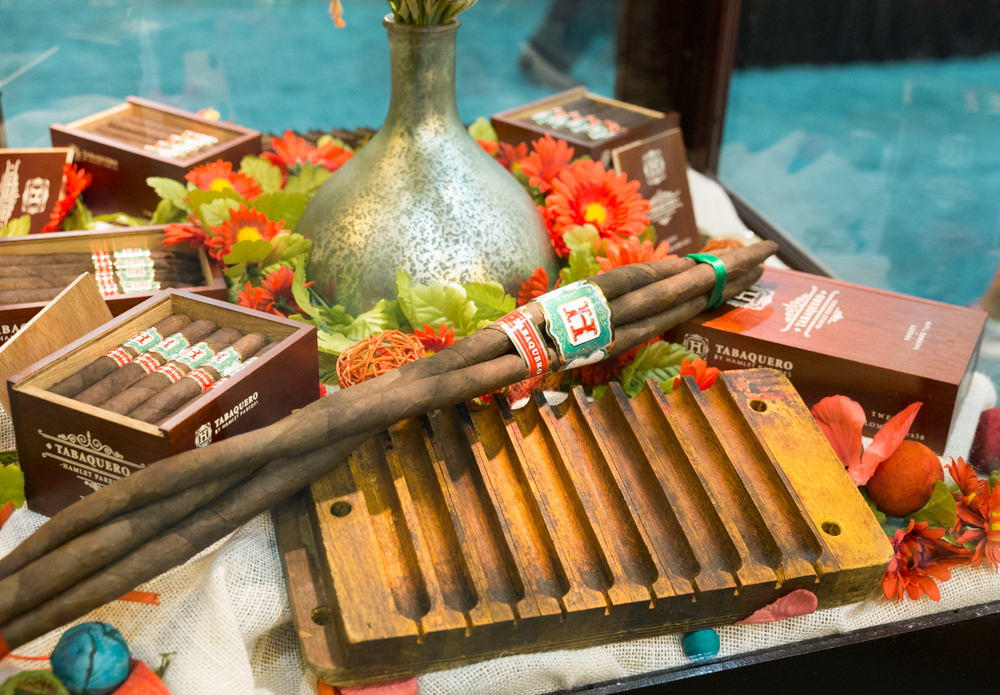 This is the rolling table set up in the Rocky Patel booth. He was surrounded by mesmerized people from open to close every day. 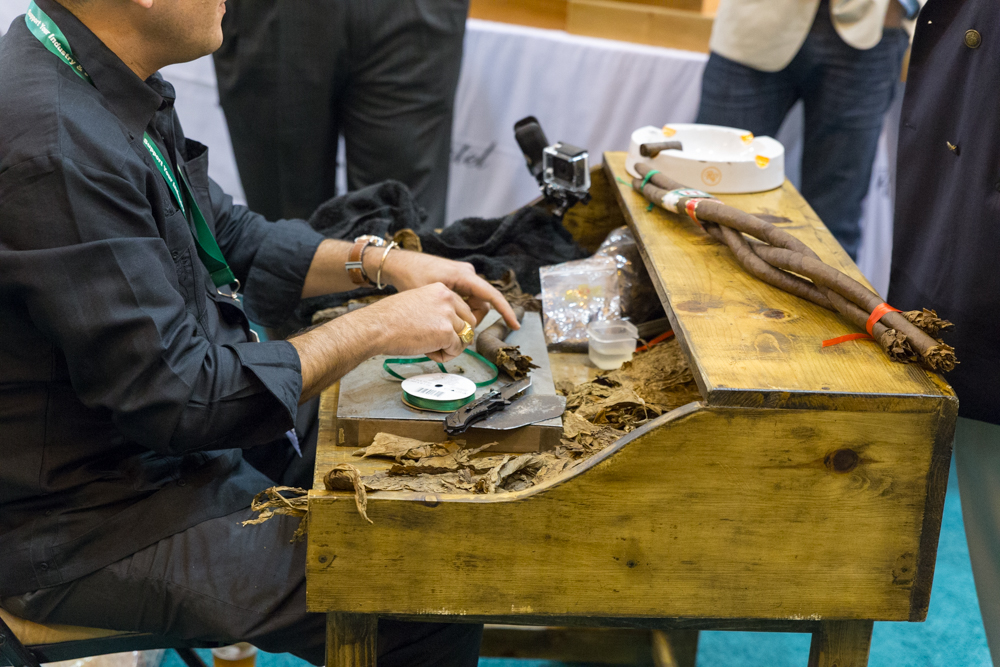 Here’s a shot of Hamlet’s favorite vitola, the Salomon.

The Tabaquero has a Nicaraguan filler with half a Mata Fina Brazilian binder, and the other half Mexican binder, with a Mexican San Andreas wrapper.

It will be available as a Robusto, Corona, Robusto Grande, Toro and a Salomon. 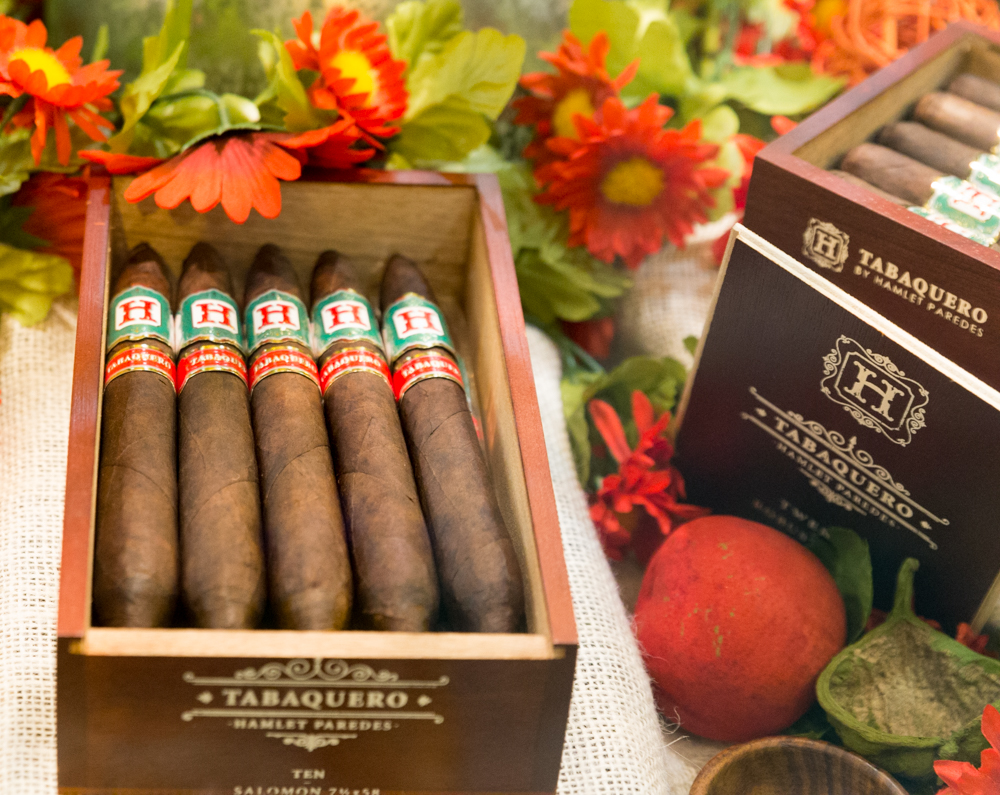 Look for the Tabaquero in stores in September!

Here’s a video of Hamlet rolling a pipe cigar at the booth. Unfortunately we didn’t have audio for this segment but you should enjoy his technique.

Did you smoke one of his cigars John? If so, how was it?

In the interview, it does not sound like he was all that excited to work with non Cuban tobacco. I am interested to see how this one turned out really. He is coming to my shop to do an event, cannot wait.

Hey Docwill. Unfortunately did not get a chance to smoke them, as they were still in their resting period and Hamlet is a perfectionist. We should be able to revisit them in early September.

That might just be the way he came across in the interview. Speaking with him he seemed very excited about all the different tobaccos he had available and I got the impression it was like handcuffs being removed on the blending process.

I am sure handcuffs were removed just leaving really. I am curious to see what he can do as a blender. I smoked the one you sent me and it was good. I can see why you enjoy them, big spice at the mid point.

And I also know Rocky has been stock piling tobacco in Nica, so who knows what he has hiding down there with all that capital really. In the right person's hands, it could mean gold.

Just to be clear, and before there's a stampede of questions on the Tabaquero, Catfish is referring to Hamlet's Cuban custom rolled Salomons.

Yeah he has always blended his cigars in the medium+ category. But always balanced.

Hopefully with his palate, the finish is good. Mata Fina kicks ass, but with all the San Anrdreas out there, he has a ton of competition.