I wouldn’t be surprised if you had not heard of Hammer & Sickle. I was first made aware of them in a generous donation to the Reddit /r/cigars community ‘world war’ event last year. They also received high praises for custom laser etching at their booth at the 2014 IPCPR in Las Vegas.

What got me excited for this year’s IPCPR was their new Caleanoch cigar which will incorporate tobacco that has been peat cured. If you aren’t familiar with scotch, peat is used in the production of some whiskies to give them a rich smoky and complex earthy quality. Islay scotches heavily use peated barley in their whisky production. The initial release of the Caleanoch 25, which is inspired from the year association of scotch whisky, which will be the mildest offering. The 25 means that 25% of the filler is peat fired tobacco and will hit the market October 1st. 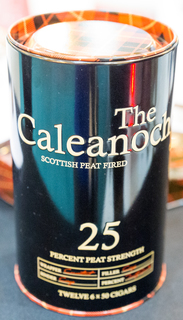 They are expecting the cigar to be paired with scotch and we are working to have them featured on a future episode of Sharing Our Pairings.

Hammer & Sickle has also added to their Trademark series with a Maduro cigar which incorporates the same binder and filler as the existing Connecticut. That new release will also hit the market on October 1st.

You can check out my interview with Eric Hanson below: 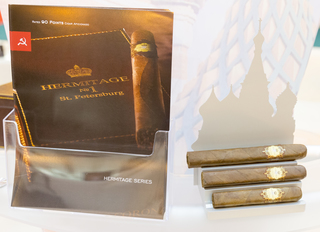 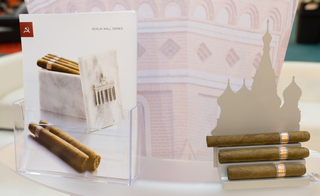 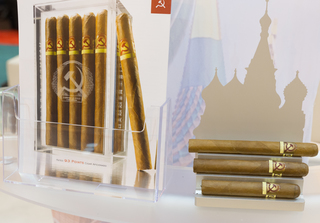 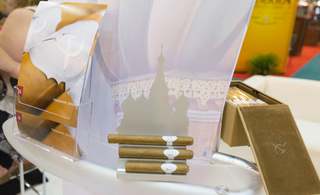 that camera work tho...

Comment by Kelon on July 28, 2015 at 6:33am
Never tried h&s this sounds interesting! I have tried some of the newer fire cured offerings that have been coming out and have bean pleasantly surprised by some of them ie. (Kentucky Fire Cured) I wonder if it will be similar or a whole other beast? Does anyone know what the price is supposed to look like on these?