The Last Call is the first cigar to be released in the new AJ Fernandez Portfolio Series.  Coop has all the details here.  Basically the Portfolio Series will consist of some new and experimental blends by AJ.  The Last Call hit the shelves in late April.  It is available in one size (4 1/2 x 48) and has a SRP of $5.00. 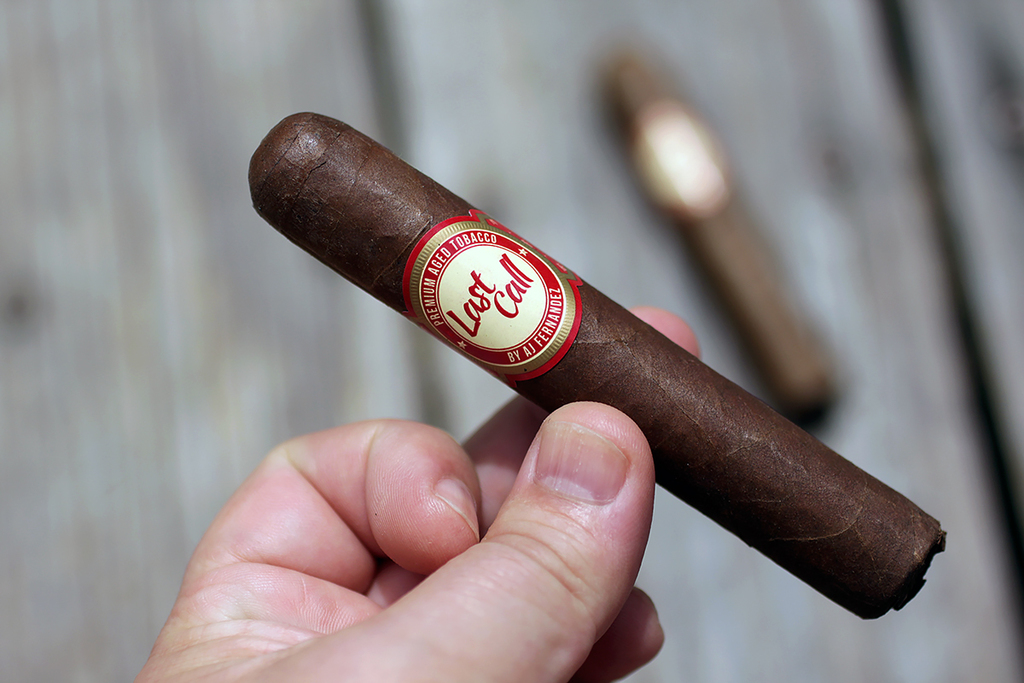 Samples smoked for review: 1-2 per reviewer (6 in Matt's case)

Cigars for review were provided by AJF Cigars

AJ taught me how to love Nicaraguan tobacco.  This is a compliment I tried to pay him during our interview at IPCPR last year, but the translator decided to not translate that part.  I'm gonna have to get my Spanish dialed in.  Anyway, I grew up as a cigar smoker on Man O' Wars and Diesel Unholy Cocktails so I am always eager to try the new AJF release.  My palate is ever changing so I never really know what to expect, but for some reason I had unreasonably high expectations for the Last Call. 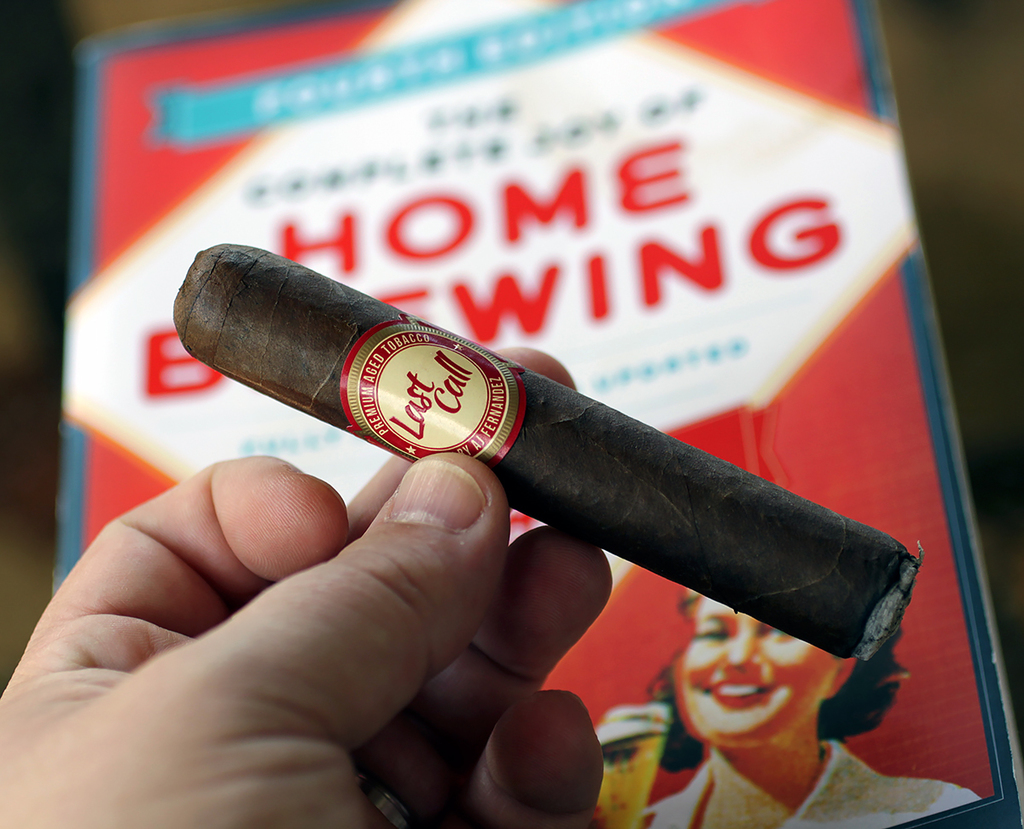 Flavor: There is lot going on in this little cigar.  The Last Call kicks off with a rich and earthy flavor profile.  The palate is bombarded with notes of rich earth, stewed stone fruit (think cherries and plums) and mild baking spice.  The middle third transitioned to notes of buttered toast, dough and a mild sweet cream to go along with the earth and mild spice.  The baking spice kicked up a bit of dust in the final third, but this was never a "spicy" cigar.  The Last Call was smooth and complex with mild transitions and medium strength.  I wrote down "smooth" in my notes seven different times. 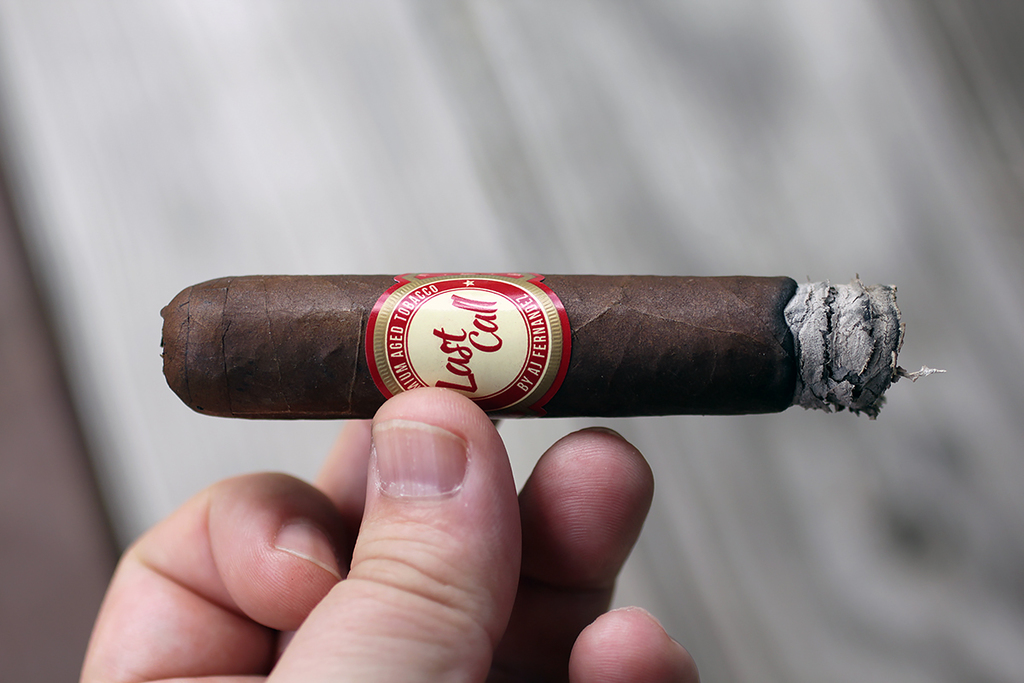 Construction and Performance:  The construction was nothing short of perfect.  I smoked three of these for my review and had zero issues.  I also noticed that the Last Call produced a ton of smoke.  All three samples produced plumes of rich and thick smoke.

Final Thoughts:  It's hard to find a cigar in the $5.00 price range that I would smoke every day.  The Last Call is exactly that.  It has everything I want in a "go-to" cigar including rich and complex flavor, great construction, enough transitions to keep me interested and verticality.  I could see myself buying a box of these to bring on a camping trip with some friends or smoking on my patio after dinner with a nice nice bourbon.

I was first introduced to the Last Call when the local rep came into the shop and handed me a pre-release sample a month or so ago. While the cigar was definitely still a bit wet, I knew it had potential. I received full production samples a couple of weeks ago, and I've probably smoked about 6 of these in the past 2 weeks. The bright red band stands out on the little cigar with white trim and gold embossing. The cigar itself looks great with its light brown hue and closed foot. I do my typical guillotine cut to take off the cap, and prelight draws are earthy with some hay.

I light the cigar in my mouth as the closed foot quickly catches fire and you get a bit of spice, but are really overwhelmed by a lot of flavor from the wrapper including cedar, hay and leather. The draw is impeccable for my liking - very open with the slightest bit of restriction. In a cigar of this size, its hard to break it out in thirds, and, frankly, I was enjoying this cigar so much and it burned so, relatively, fast that I was almost through the second third before I even noticed. There are great flavors of earth and wood that mix with a coffee flavor as you continue. There is some extremely subtle spice through the nose throughout, but that is a background player for this cigar.

The construction on this was impeccable. With closed foot cigars, I often struggle to get the burn right, but, after light, I didn't have to touch this up once - the burn like was near perfect. The body is firmly medium, but picks up slightly towards the end. The cigar did get a bit bitter towards the end, but I also smoked it until I burnt my fingertip so take it for what you will. 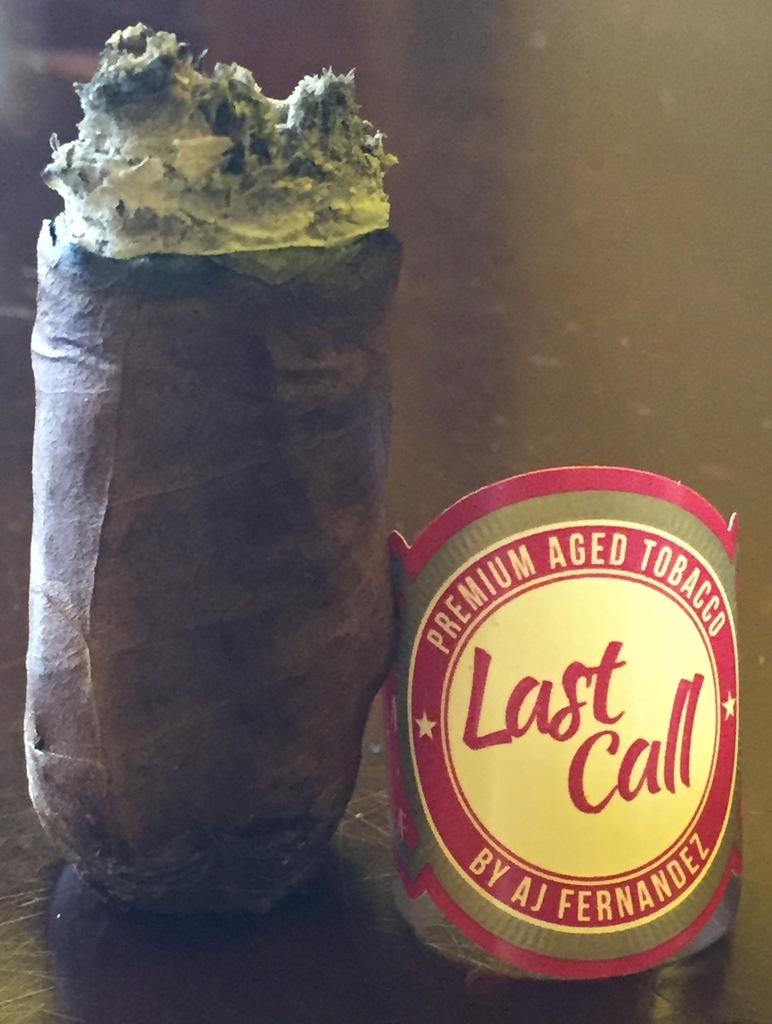 I imagine people will make comparisons of this cigar to the illusione Rothchildes due to the size and price. You might even recognize that the bands share the same color scheme. Considering how popular the illusione was, I don't think that is a bad thing. This is a cigar that I would gravitate towards in the future if it was priced at $8, and I'd probably even pick up a few if it was $10 (though $10 for this size would be ridiculous). At a $5 price point, this cigar is an easy box buy for me - I've already smoked 6, as I said.

Flavors: The wrapper aroma is pungent, but not overpowering, causing just a slight tingle in the nose. Nice aromas of earth, leather and a background of vanilla. The cold draw is a bit different, with a woody, cedar note up front and a chocolatey earth note behind it. The first third started off with notes of hay, leather and earth, pretty much right from the pre-light list. But as it progressed they were joined by an sweet, bready flavor to combine to a very enjoyable profile. The second third has some wood notes joined by a bitter coffee and the occasional citrus burst. The final third had subdued notes of wood and bread and a watered down coffee flavor. 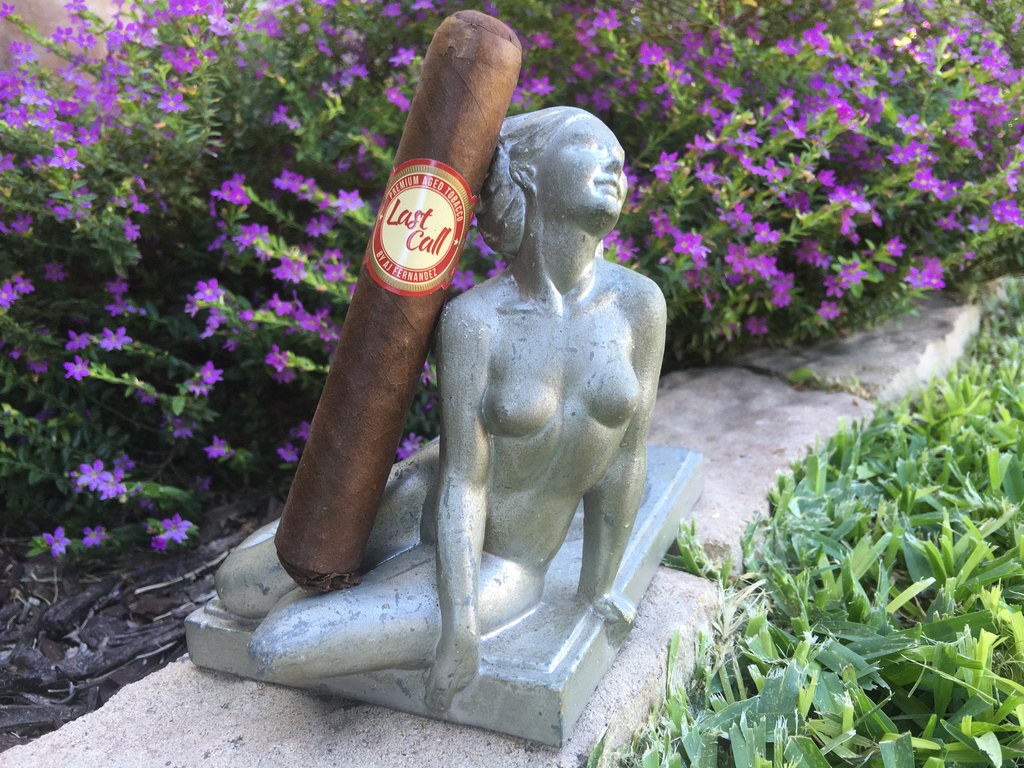 Construction: The burn was nice for the majority of the cigar, but I did have to touch it up twice. The biggest problem happened in the final third. Just about the end and right under the band, it was very spongey. Making it hard to smoke any further due to the construction.

Final Thoughts: Great start, nice flavors and I was pretty into it. The final third was iffy and the spongy spot was a big drawback. If I had more, I would have to smoke another one for redemption, but for now I’ll just consider it a one off error. All that said, I would still call this a fiver. Nice, wood & bread profile wrapped up in a perfectly sized vitola.

Comment by Stefan Lindblad on May 25, 2016 at 10:50am
Great review guys. Matt gave this a 95. Wow. He does not give out that kind of score willy nilly. Btw, I agree with that rating. This is a great little cigar.

Stefan -  I saw your convo with KY on the smoke time with this one... they smoked pretty long for me as well... they burned into the 90 minute range

Love this cigar...smoked through a 5er quite quick. I do agree with Jared's review, the final 1/3rd is a bit rough imho, I think a bit of age will work that out....

B) Price plays a huge factor in our scoring method

Great job gents!  I have only had these for about a week...the one I smoked last night was noticeably better than the one I smoked ROTT.  These have shot close to the top of my best buy list.  The start was pleasant but the flavor and aroma really picked up in the second 3rd.

Maybe after a month of humi time this cigar will come out of the gate hitting on all cylinders.  Robb and Stefan are right about the time...last night I was surprised to be smoking over an hour and eventually just put it down with an inch left because it was late.