On Thursday, Ship Bottom Brewery in Beach Haven, NJ received approval from the Alcohol and Tobacco Tax and Trade Bureau (TTB) for a can label for Mango Gose Ale, a collaboration with Aston, Pennsylvania's 2SP Brewing Company.  The only problem is we might not see this in cans any time soon! 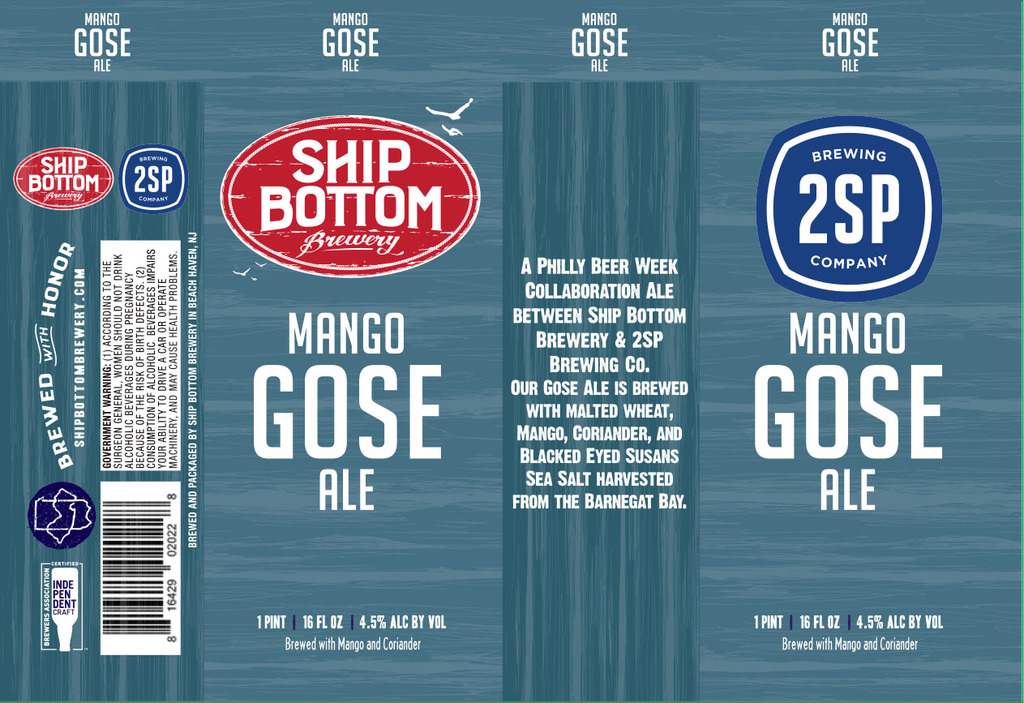 In April, Ship Bottom released Mango Gose Ale.  According to text on the can art, Mango Gose Ale is "A Philly Beer Week Collaboration Ale between Ship Bottom Brewery & 2SP Brewing Co. Our Gose Ale is brewed with Malted Wheat, Mango, Coriander, and Blacked Eyed Susans Sea Salt harvested from the Barnegat Bay".  Coming in at 4.5% ABV, the Mango Gose Ale was ideal for summer drinking and received positive reviews.

When we reached out to Ship Bottom, however, to find out when we might expect this to be released, the Brewery indicated they didn't know if it would be. A brewery spokesperson told us, "We wanted to can it in May but the TTB rejected the label multiple times. Not sure when we will can it now."

When we inquired why the label was rejected, Ship Bottom seemed unaware. "No idea. We had the keg collar approved and the can one was rejected. They said we had to go through the formula process since we added mango and coriander. That shouldn’t be the case."

While we might not see the Mango Gose Ale any time soon, Ship Bottom did provide some positive news to us: "We are looking at canning our imperial pumpkin ale next."