River Horse Brewing Company in Ewing, NJ is working on something - we're just not sure what exactly!  On July 21st, River Horse received approval from the Alcohol and Tobacco Tax and Trade Bureau (TTB) for a bottle label for Deadliest Peche. 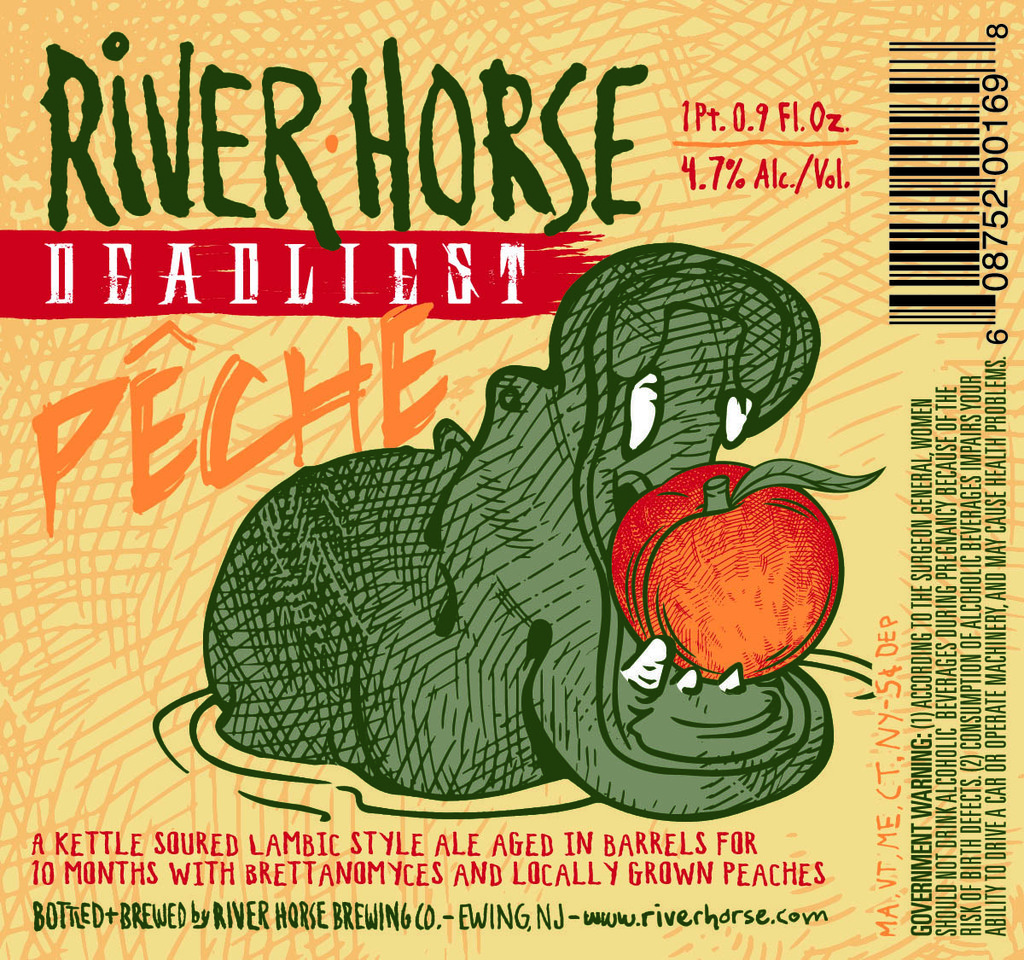 According to label art, Deadliest Peche is a 4.7% ABV Kettle Soured Lambic Style Ale Aged in Barrels for 10 Months with Brettanomyces and Locally Grown Peaches.  The label indicated the beer would be released in 16.9 oz bottles.  When we reached out to the brewery, we were told, "We are working on something with peaches, but nothing is set yet (things change even after labels are approved- like this one) the best way to stay up to date on what we’re making and when we’re releasing is through our Social Media." 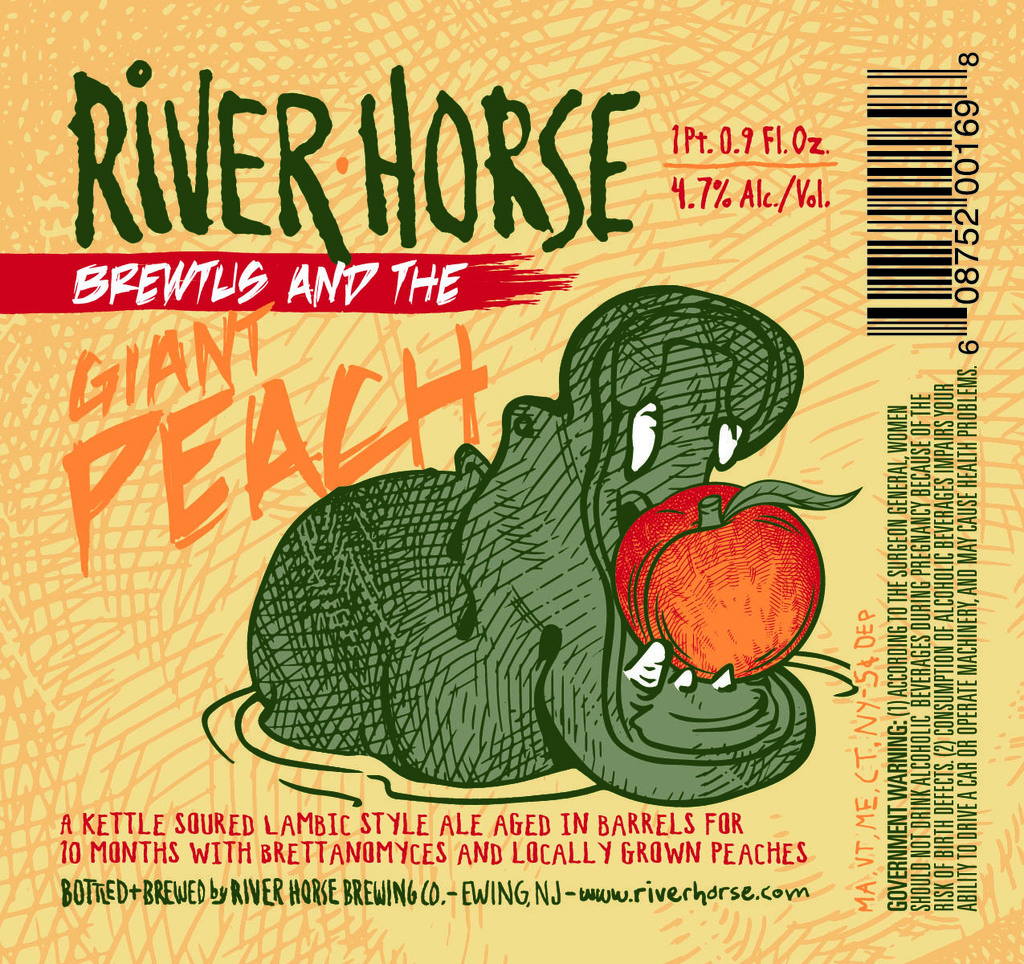 Last Thursday, we noticed that River Horse received TTB approval for Brewtus and The Giant Peach which appears to be the exact same beer according to label art. We have reached out to River Horse for additional details, but requests were not immediately returned.