In a filing with the Alcohol and Tobacco Tax and Trade Bureau (TTB) on April 29th, Hackettstown, NJ's Man Skirt Brewing received approval for a can label for No England Brut IPA. 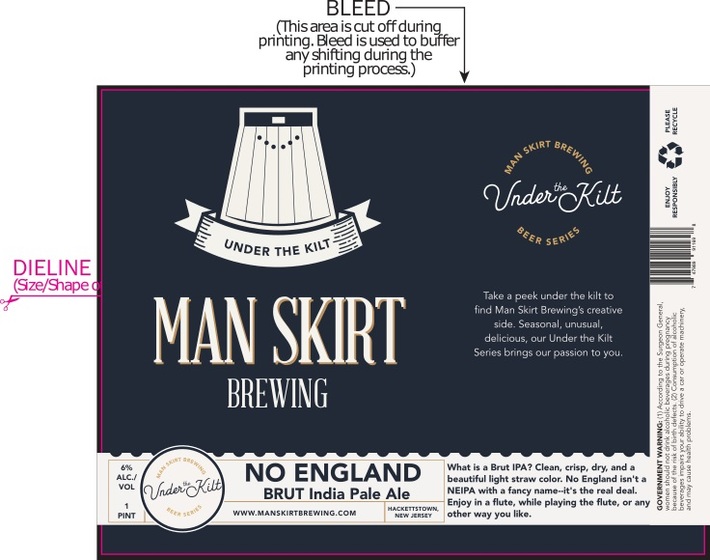 No England is a 6% ABV , 29 IBU Brut IPA that first debuted on draft at the brewery in January.  Label art for No England reads, "What is a Brut IPA? Clean, crisp, dry, and a beautiful light straw color. No England isn't a NEIPA with a fancy name - it's the real deal. Enjoy in a flute, while playing the flute, or any other way you like." When we reached out to Man Skirt for details, they described No England with the following description: "Like a fine Champagne, our Brut IPA is clean, crisp, dry, and a beautiful light straw color. It's how Man Skirt brews a NEIPA: No England IPA."

When asked when we could expect a release, Man Skirt told us, "it goes into cans on Thursday, May 9."