According to a filing with the Alcohol and Tobacco Tax and Trade Bureau (TTB), Man Skirt Brewing in Hackettstown, NJ has received approval for a new can offering for a new offering - Czechs and Balances. 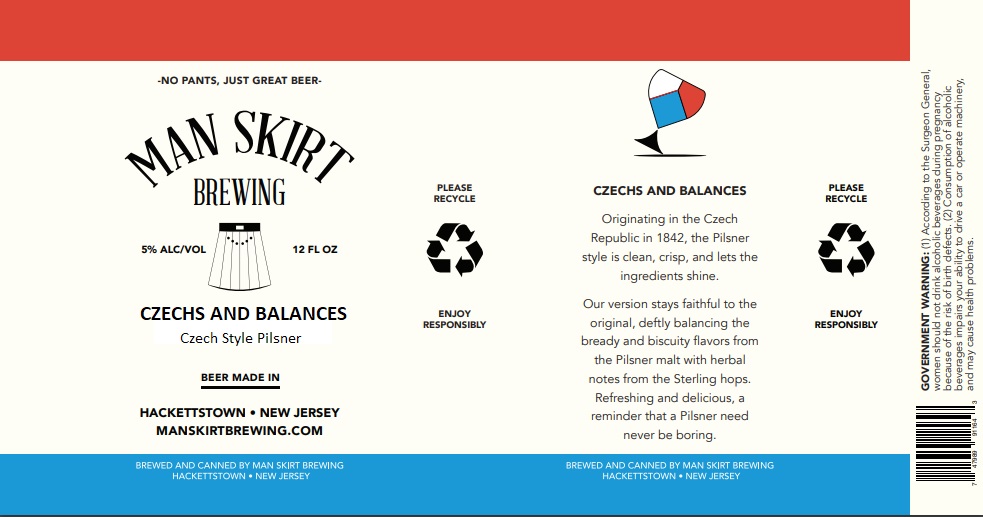 According to can art, Czechs and Balances in a 5% ABV Czech Style Pilsner.  While the label mentions that Czechs and Balances will be released in 12oz cans, Man Skirt informed us that it "will be in pint cans, released at our third anniversary party". While no firm date is announced, Man Skirt tells us "The anniversary is Oct 3, but the party is most likely the 13th."

Originating in the Czech Republic in 1842, the Pilsner style is clean, crisp, and lets the ingredients shine.

Our version stays faithful to the original, deftly balancing the bready and biscuity flavors from the Pilsner malt with herbal notes from the Sterling hops. Refreshing and delicious, a reminder that a Pilsner need never be boring.