Point Pleasant, NJ's Last Wave Brewing Company is set to debut its first can offering this Fall.  In a filing with the Alcohol and Tobacco Tax and Trade Bureau (TTB) on August 14th, Last Wave received approval for a can label for A-Frame IPA. 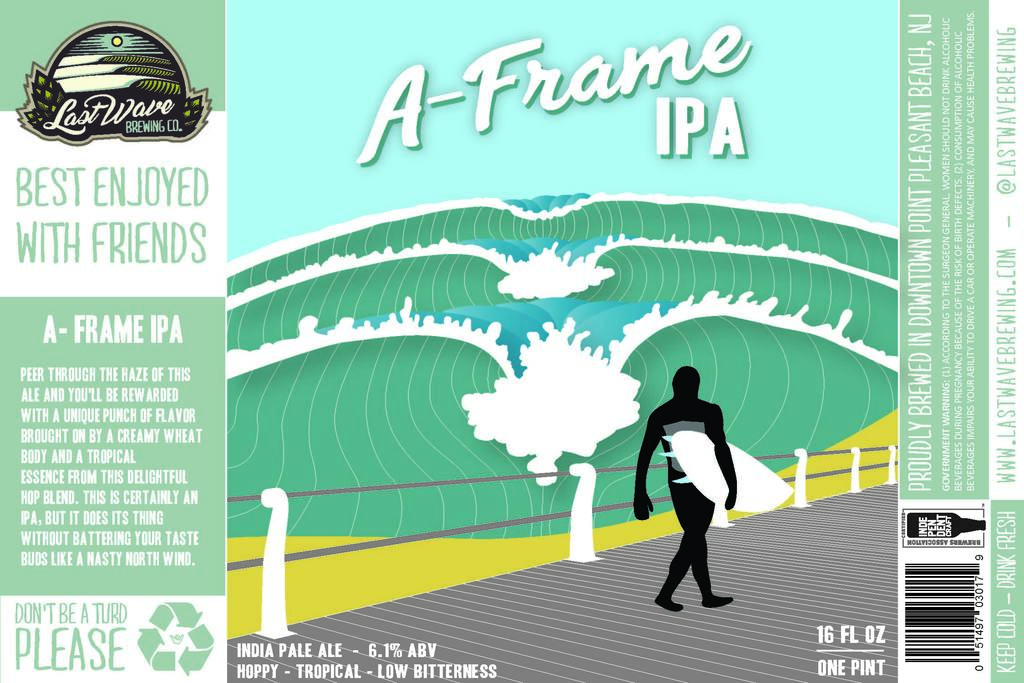 A-Frame is a 6.1% ABV India Pale Ale that was one of the initial offerings from Last Wave when it opened in May 2017.  Can art for A-Frame reads "Peer through the haze of this ale and you'll be rewarded with a unique punch of flavor brought on by a creamy wheat body and a tropical essence from this delightful hop blend.  This is certainly an IPA, but it does its thing without battering your taste buds like a nasty north wind."

When we reached out to Last Wave for details we were informed that the TTB approval is "a preemptive label approval. We wanted to make sure the legal stuff was out of the way once time and tank space frees up to can it. We're going to do 4-packs of 16 oz cans this fall. Right now the goal is in October, but thats dependent on how the rest of the summer finishes out."