Special events in and around the Jersey Shore area around July 4th are not uncommon, and the same holds true for one of the Jersey Shore's preeminent breweries.  Lakewood, NJ's Icarus Brewing Company is planning a new can release, and several special tappings to celebrate the holiday. 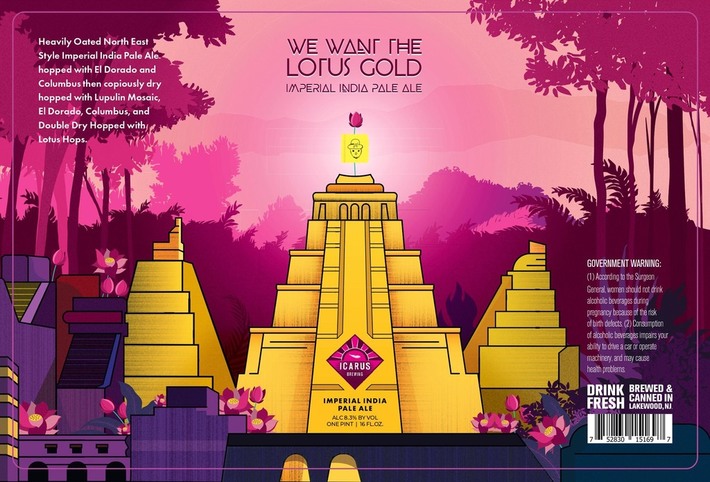 When we reached out to Jason Goldstein, Owner and Head Brewer for Icarus, he informed us, "We messed around with a new hop 'Lotus' which used to be known as Experimental 06297, which we used in Licking Toads most recently. Lotus brings a ton of Orange, Grape, Vanilla, and a bit of Papaya to the flavor pallet of We Want the Gold which already has a ton of tropical fruit, guava, and mango."