According to filings with the Alcohol and Tobacco Tax and Trade Bureau (TTB), Lakewood, NJ's Icarus Brewing Company has received approval on two new can offerings, and these new beers bolster a steady release lineup for Icarus through Labor Day. 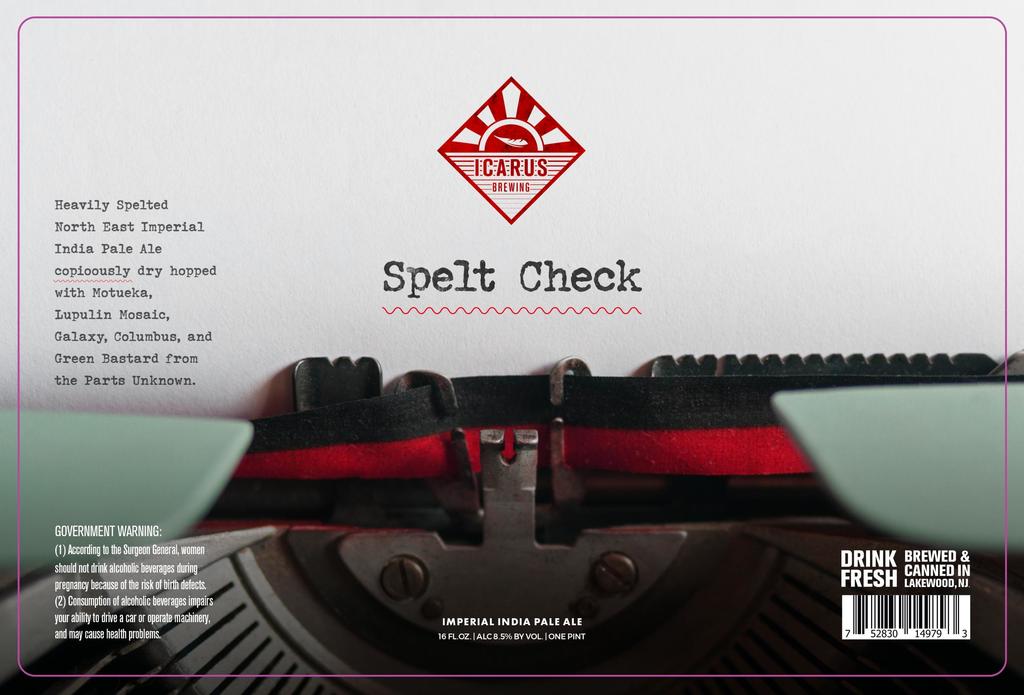 According to Icarus' Jason Goldstein, Spelt Malt is used in this "which is an heirloom/extremely old version of Wheat which gives a little more nuttiness over standard wheat." Goldstein tells us that Spelt Check "should be super tropical, citrus, and lime balanced with resin and some darker fruit flavors from the Green Bastard."

When questioned on the name, we were told Spelt Check "is a riff on us mispelling/mislabeling lots of our beers (My Little Freind, Kalashnikoffee going 1 Pint/12 oz, and a whole lot of various smaller spelling errors)." 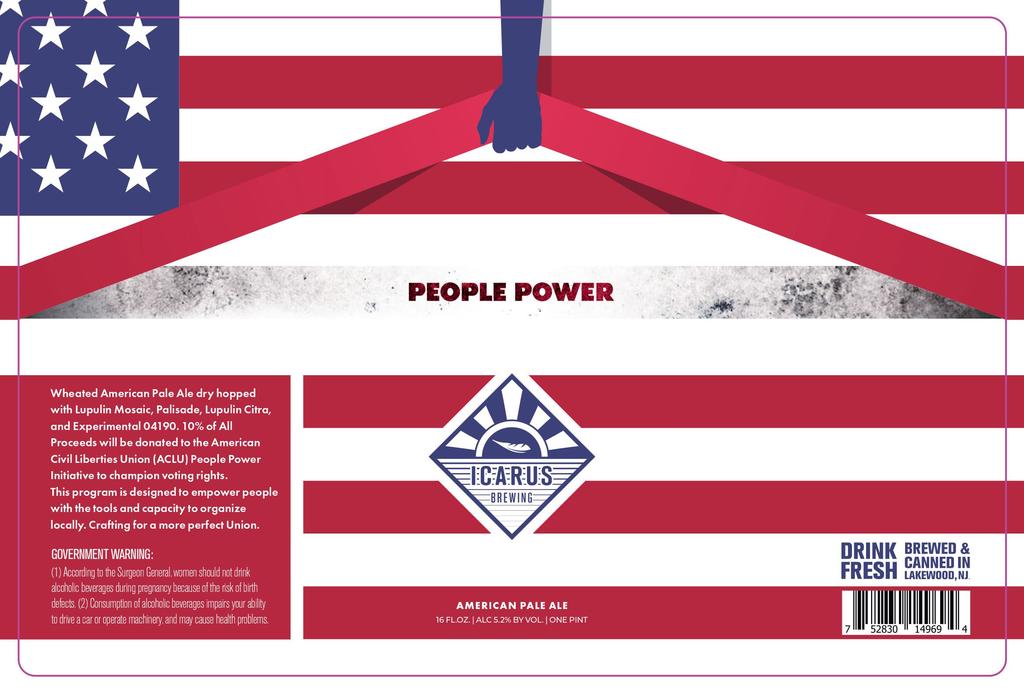 In preparation for Labor Day Weekend, on Tuesday, August 28th, Icarus will be canning DDH Yacht Juice alongside another new beer - People Power. People Power is a 5.2% ABV American Pale Ale. The can art for People Power reads:

Wheated American Pale Ale dry hopped with Lupulin Mosaic, Palisade, Lupulin Citra, and Expertimental 04190. 10% of All Proceeds will be donated to the American Civil Liberties Union (ACLU) People Power Initiative to champion voting rights. This program is designed to empower people with the tools and capacity to organize locally.  Crafting for a more perfect Union.

Goldstein told us that People Power "is a 'collab' fundraiser with the original planning coming from Threes Brewing in Brooklyn to help champion Voting Rights." Alex Biese of The Asbury Park Press broke news of the initiative and Icarus' involvement last week.

Regarding the beer, Goldstein detailed to us that "Experimental 04190 brings out some Stone Fruit and Green Apple flavors which we think should pair well with its complex grain bill which includes a good mix of Pale, Amber, and Dark malts to offer up an extremely complex character for being a more sessionable beer."

Regarding the release schedule, we were told it "made sense to have DDH Yacht for Memorial and Labor day and an ACLU fundraiser on Labor Day." Additionally, to promote the release and the initiative, Jason Goldstein will be participating in an AMA (Ask Me Anything) on reddit's NJBeer subreddit on Thursday, August 30th at 3pm ET.