Booze News: Icarus Brewing Company Gearing Up for Second Anniversary; Will Debut Vlad To Be Here

Lakewood, NJ's Icarus Brewing Company has announced their Second Anniversary Party for this Saturday, January 12 beginning at noon.  Icarus announced that they will have three different Anniversary cans available as well as BA Bottle offerings.  They will be announcing releases throughout the week leading up to Saturday's party, but we caught up with Icarus Owner and Head Brewer Jason Goldstein this morning to get insight into the first announcement. 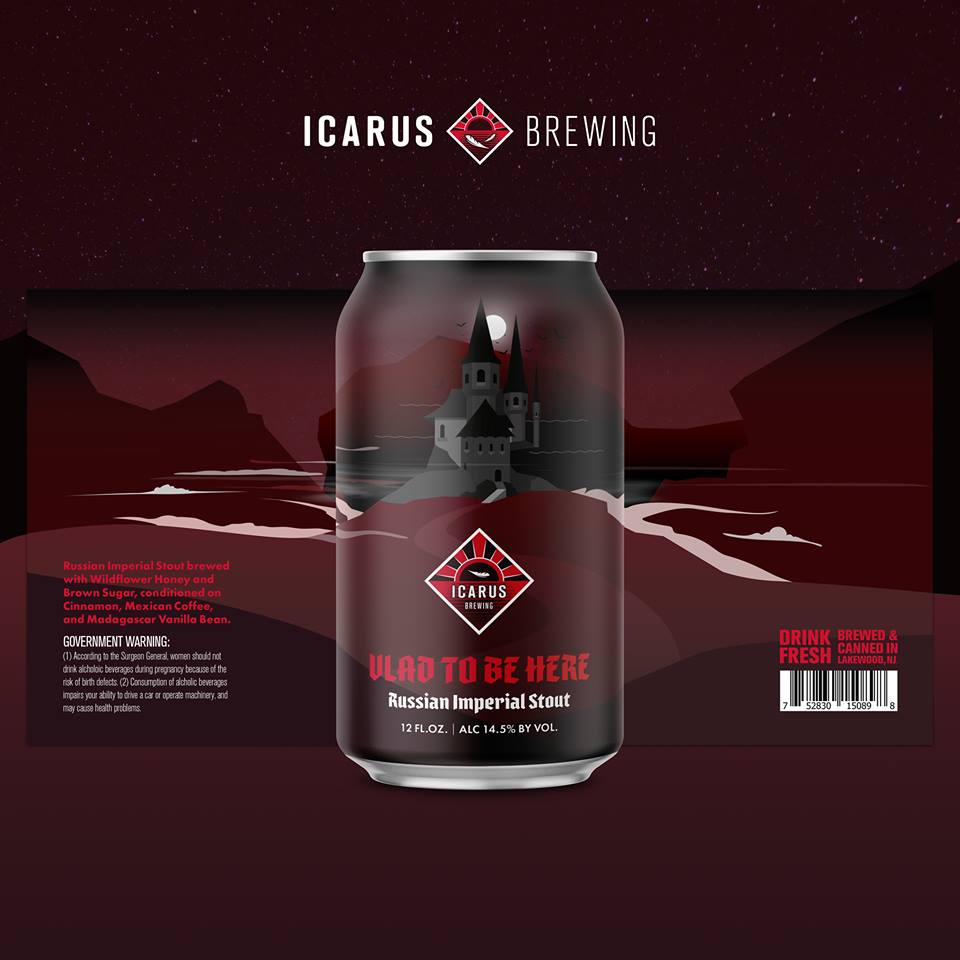 Inspired by Kalashnikov, Vlad To Be Here is a "big Russian Imperial Stout" according to Goldstein.  Coming in at 14.5% ABV, Goldstein tells us that Vlad To Be Here is conditioned "with Mexican Coffee and Madagascar Vanilla Bean as well as adding Cinnamon on the hotside."  Label art for Vlad To Be Here also states that it is brewed with Wildflower Honey and Brown Sugar.

Goldstein continued that Icarus will "be announcing Anniversary beers throughout the week."  Vlad To Be Here will "be one of 5 new beers on tap Saturday."  When asked about distribution, Goldstein indicated that there would be "plenty of cans" for those attending the Anniversary Party, and he added that "very key accounts will see very limited distro of each of the anniversary cans/kegs."