Contrary to a well-timed post on Facebook this morning, Lakewood, NJ's Icarus Brewing Company isn't eliminating "hazy IPAs" from their lineup - infact, there are more coming out very soon! Jason Goldstein, Owner and Head Brewer at Icarus, tell us, "Starting this weekend we'll be sending kegs of Yacht Juice all over the state as well as it returning back to our Taplist." 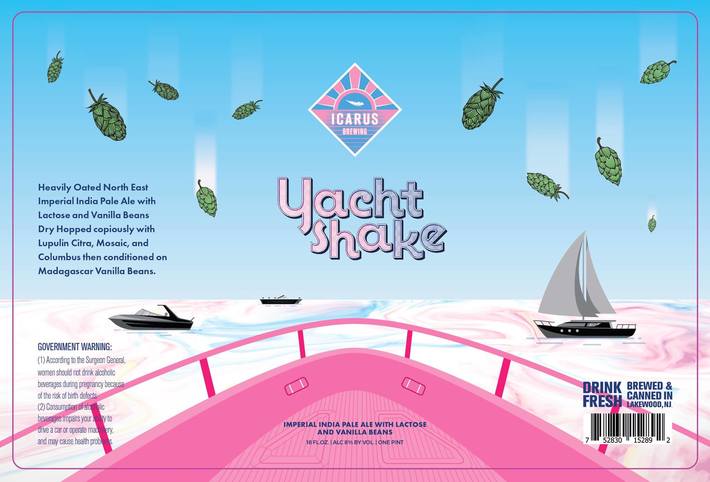 Alongside Yacht Shake, Icarus will be re-releasing Don't Haze My Brux.  Don't Haze Me Brux is a 5% ABV Brux Pale Ale that Goldstein details as, "a Brux North East style Pale Ale with Oats that was dry hopped with Lupulin Mosaic, Columbus, and El Dorado with even more Huell Melon thrown on top leaving it with a Tropical Fruit, Lemon, and hint of dank while still being lighter than our typical big North East Imperials." Don't Haze Me Brux was originally released last April.