For the first time in ages, the beer that put Lakewood, NJ's Icarus Brewing Company on the map will be re-released in cans!  In a conversation with Icarus Owner and Head Brewer, Jason Goldstein, we were told, "We are bringing back O.G. Yacht Juice for the first time in ages in both Cans and on Draft with a full run making it around the state."  Yacht Juice initially debuted in April 2017, and quickly became Icarus' flagship beer earning high-praise across the state and beyond.  Yacht Juice debuted in cans shortly thereafter, and at least 8 variants have been released in cans since. 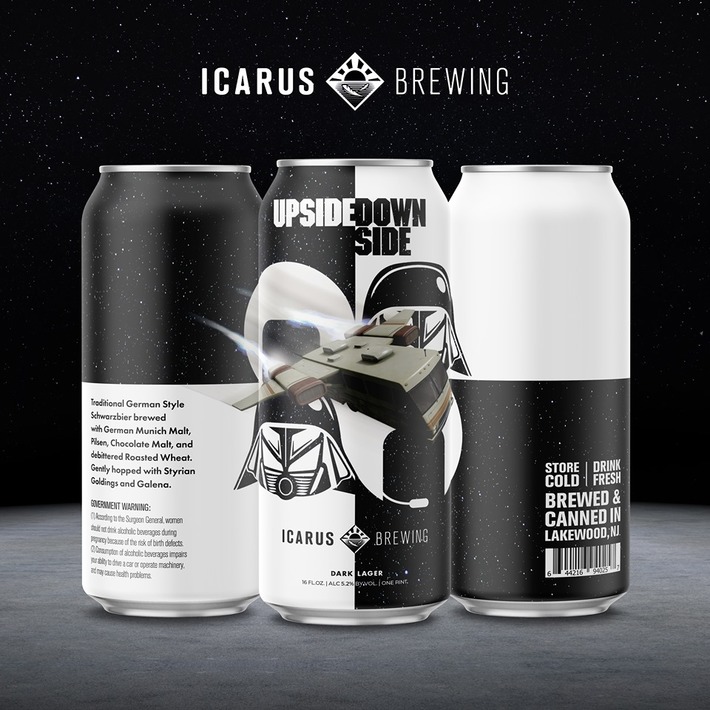 When we reached out to Goldstein for details, he told us, "This is a traditional German Dark Lager brewed with Munich Malt as a base, and a healthy amount of Chocolate Malt and debittered Roasted Wheat and then hopped with Styrian Goldings and Galena. Smooth and light with hits of sweet caramel from the Munich Malt and just enough dark malts to give a light chocolate and biscuit note without any major notes of roast."

Both releases will be available in the Icarus taproom and at accounts across NJ beginning Wednesday.