Lakewood, NJ's Icarus Brewing Company has gotten into a regular cadence of weekly releases that leave their fans rushing to the Icarus taproom or their local liquor store.  It appears that will be the case again this week as Icarus plans a re-release of an old favorite, and a new offering that is already making waves. 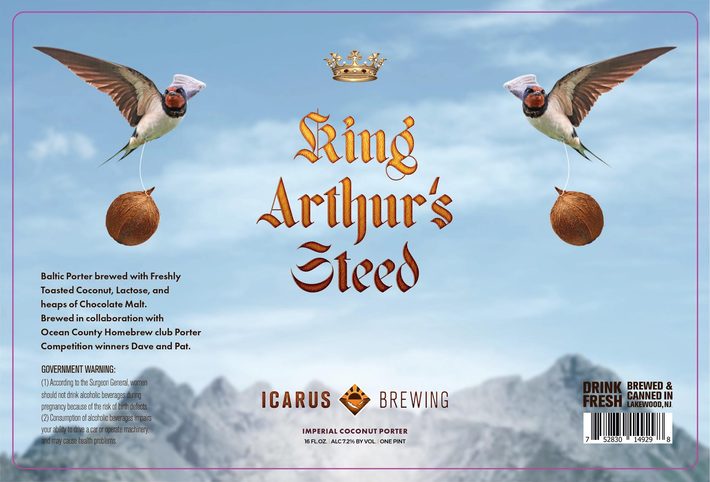 First, Icarus is re-releasing King Arthur's Steed, a 7.2% ABV Imperial Coconut Porter.  King Arthur's Steed is a "Baltic Porter brewed with Freshly Toasted Coconut, Lactose, and heaps of Chocolate Malt.  Brewed in collaboration with Ocean County Homebrew club Porter Competition winners Dave and Pat." It originally debuted in January 2018.  Jason Goldstein, Owner and Head Brewer at Icarus, told us, "We are re-introducing King Arthurs Steed which we decided to make a bit more dessert-like in this iteration with a sweeter and fuller body to pair with its Toasted Coconut and a bit of Vanilla." 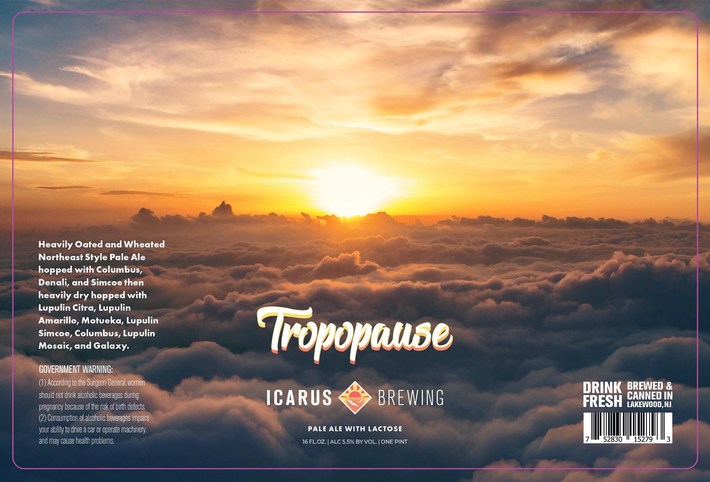 When we asked Goldstein where the name for Tropopause came from, he told us, "The tropopause is the layer between the Troposhere and the Stratosphere and acts as a demarcation on Earth where Weather ends such as the top of the clouds on a flight. We went with the name as we wanted to design an extremely Full Pale Ale that tasted more like an Imperial while still straddling the line of a Pale Ale. We heavily oated and wheated this one to make it as full as possible and dry hopped it like our Imperials with Columbus, Denali, and Simcoe on the hot-side and then a huge amount of Lupulin Citra, Amarillo, Motueka, Simcoe, Columbus, Mosaic, and Galaxy on the cold side."

As is the norm for Icarus, both offerings will be available in the Icarus taproom and normal distribution partners on Wednesday, June 5th.  Goldstein also informed us to "look out for even more beers to be tested out and released this week including two we specially debuted last Sunday at The Bash."