As we hit off the official start of the Jersey Shore season, Lakewood, NJ's Icarus Brewing Company is set to kick off in style!  Jason Goldstein, Owner and Head Brewer at Icarus, informed us this morning that we can expect to see an old favorite returning, plus a new variant in addition to some other surprises. 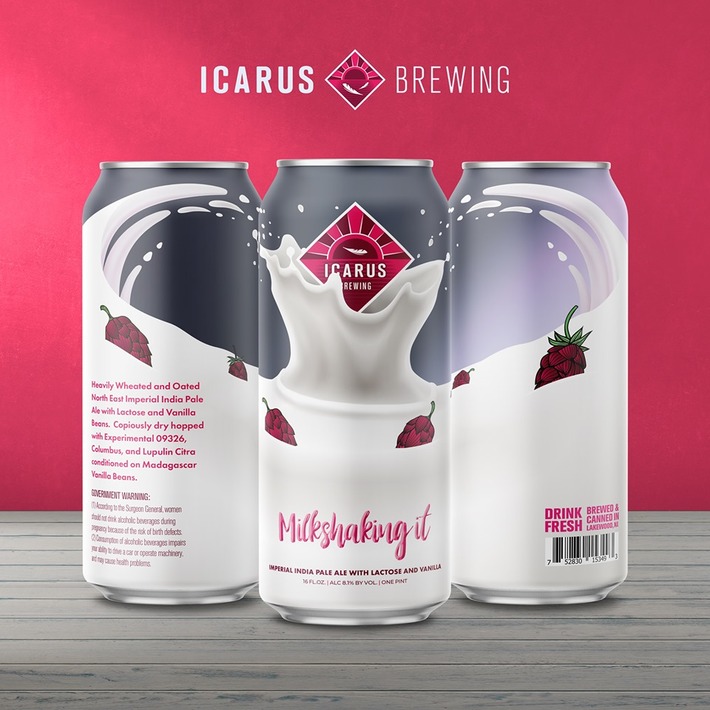 This will be the third version of Milking It to be released in Cans.  The original debuted in June 2018 while DDH Milking It (Bru-1) debuted in January.

Both cans will be released on Wednesday, but the Icarus crew has been working on some other treats to kick off the summer in style.  Goldstein shared, "we'll also be kegging up a Nordic Variant of Yacht Juice where we tested out the Kveik Hornidal strain that we used on our We Want the Nordic Gold to see how it effects Yacht Juice. This will be available on draft and Growlers/Crowlers starting Friday."

He continued, "To top off the weekend, we also decided to release a brand new variant on our Making Whoopie. This time we aimed for a Peanut Butter and Cocoa rich dessert stout [called] "Nuttin' Lasts Forever". This will be available starting Thursday."

Goldstein closed the conversation by saying, "We might have a few more surprises throughout the weekend as we ramp up for whats bound to be a fun summer."